My Career in Food 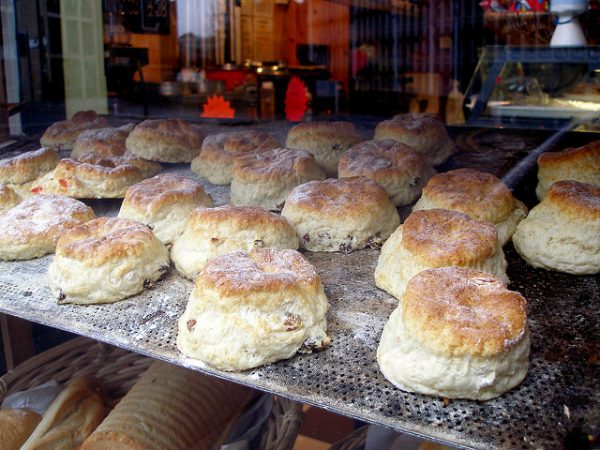 I showed up in America at 17 and immediately started looking for jobs. I literally walked up and down the downtown area and the malls asking for work. Nobody would hire me, as it was hard to explain why I’d never had any previous jobs. There’s no such thing as babysitting or car washing gigs when you’re a kid in Manila. It just doesn’t work that way; grown people have those jobs, not kids who went to private school.

I applied at a temp agency and the hiring person told me to come back when I got some work experience. “But this is why I’m here!” I said. He just waved me off.

That’s how I ended up in the food industry. Restaurants will pretty much hire anyone, especially immigrants with zero work experience. I walked into a restaurant with a “Now Hiring” sign and walked out with a job bussing tables. Never mind that I had no idea what a busser did. I was just happy to have a job.

Restaurant work and I fell into each other. I loved the chefs, the endless food, the scene, the inertia and adrenaline of the work day—and there’s nothing quite like coming home with chunks of cash. I stuffed bills in my pockets, threw some in my purse, and afterwards I smoothed out each bill and tallied the day’s winnings. I liked that I was immediately good at the job; I bussed and re-set tables rapidly and efficiently, and servers lavished me with praise. It was busy work and it was salve to my nervous energy.

My bosses figured out my English was damn-near-perfect, so they planted me in the host stand and that was the beginning of my hosting career. It’s terrible work but I didn’t know what else to do. First of all, customers always think that you’re giving them “a crappy table” based on their gender/race/age/looks/outfits etc. You can never win in the “where do I sit everyone?” game. I had a boyfriend who asked me if hosts sat people based on the aforementioned criteria, and I said, “I’m sure some people do, but I never did. I’m too busy trying to wrangle reservations and placate moody servers. As far as I know, you’re all just bodies I need to sit.” He was incredulous.

He was also the kind of customer I absolutely hated as a hostess. He’d walk up and down the restaurant, scoping “the best seat” in the house, and demand that table. Hosts have to make sure servers get equal amounts of tables because it helps everyone make their money, gives the kitchen a better order flow, and ensures customers aren’t being ignored because section A has been sat four times in a row and the server is slammed. Also, people hate waiting, even if you tell them it’s only a couple of minutes because the tables are dirty. They walk away and sit themselves, and then they complain that their table is dirty.

I wanted to be a waitress, because I thought waitresses were glamorous and fun. They kind of were, at least from the perspective of an insecure, socially-awkward twenty-something. They were always embroiled in explosive affairs, made mad tips, and got free drinks from cute bartenders. So I started waitressing in a pub (where I used to be a hostess) and it was briefly a good time. I started making more money and stopped having to rely on temperamental servers for my tips. I liked having a daily sales and tip goal and worked diligently to make it happen. I was fast, quick, friendly, and good at meeting customers’ needs.

But I quickly learned that waitressing is hard. Some people excel in this line of work, but you have to have emotional and psychological fortitude in order to do so. Customers can be the worst people you’ve ever met. One of my worst experiences was when I waited on a table of eight yuppies who talked over me, refused eye contact, and ignored me when I politely checked in with them. When it was time for the tip, every single one of them left me a penny. Eight cents total. I waved them goodbye, went to the servers’ station, and promptly burst into hysterical tears.  My co-workers hugged me and offered to send me home, but that would mean more work for them, so I re-applied my make-up and sashayed to my tables like nothing ever happened.

There’s a spot in Dante’s circle for customers who walk into a packed restaurant, tell the server “we’re in a hurry” and get mad that their food doesn’t appear in two minutes. Same goes for dine-and-dashers, bullies, and people who flirt with waitresses in lieu of leaving a respectable tip, thinking we pay our bills with hopes, dreams, and unicorn glitter! One of my former co-workers looked like a cross between the actress Sherilyn Fenn and Dita von Teese. Female customers hated her and they punished her astonishing beauty with shit tips. In my experience, most people come into a restaurant with a set tipping number and it rarely changes regardless of outstanding or mediocre service. I averaged about 25 percent of the check, and that was decent.

When waitressing is good, it’s really good; work feels like you’re hosting a party with 100 friends and they’re paying you while they’re at it. It’s not uncommon for customers to buy us drinks and after-work dinners, but the bad moments outrank the good ones.

I left the pub after an ill-advised affair with a line cook ended, and started working at an Italian restaurant just a couple of blocks away. The owner was a successful wine rep from Napoli and he thought he could parlay his previous victory into restaurant success. No dice. I had whole lunch shifts with one paying customer and went home with $5 for the day. The owner constantly screamed at me and another waitress from the kitchen. Customers complained about the “screaming chef,” but I couldn’t say it was actually the owner who was yelling “Bella! Bella!” while repeatedly slamming his palm on the food pick-up buzzer. So I just smiled and offered more bread, more wine perhaps? For months after I finally quit, I’d hear “Bella! Bella!” at the back of my head and shudder.

My best friend works in the grocery industry, and a few years later, I finally followed suit and got a job in groceries. For the first time in my working life, I got a decent hourly wage, benefits, a 401(k), sick and vacation pay, and a reasonable work schedule. It was like nothing I’d experienced before.

I started out helping in the deli counter and before my 90 days was up I was promoted to Sushi Cook. Did I know how to make sushi? Not at all, but that didn’t stop my boss from bumping me up into a much-coveted newly-created position in the company. I think it was because of my due diligence at work, and maybe because I was one of three Asians in the entire store. I didn’t even like sushi but, all of a sudden, I was a Sushi Cook filleting whole salmon and tuna, and making nigiri and sushi rolls as fast as I could possibly make them.

Jiro Dreams of Sushi had just released in theaters and, of course, everyone had an opinion on how to make sushi. Most of our customers were co-workers and so they were extra vigilant in criticizing our work. “Brady” was the overlord of the enterprise and people constantly talked to him about sushi-making. They asked why we didn’t serve the kind of rolls they had at Genki Sushi or Sushi Land (conveyor-belt sushi chains), and why didn’t we offer sushi bigger than their maws.

My first month on the job, every joint on my fingers was so inflamed that I went home every day and soaked my battered hands in an ice-water bucket. I couldn’t shake the smell of raw fish and I was convinced I smelled like salmon even after long, hot showers. I woke myself up in the middle of the night doing sushi-rolling motions in my sleep. Brady was an exacting boss and was prone to loudly proclaiming his disapproval. He was also very handsome, Apollonian if you will, and good-looking people in general just made me nervous; working with him shredded my nerves. Despite all this, I liked the independence and quiet of sushi work. I was finally getting close to a job that suited my temperament: task-oriented, meditative—and, most importantly, minimal human contact.

I transferred to a smaller store in the company, and within a couple of months I finagled my way into the bakery department. This is a misnomer because our bakers didn’t have a dedicated workspace like in most groceries and high-end restaurants; we had a table. Because of space constraints, sometimes we had just half a table to work with. I quickly became known for my efficiency and never-ending arsenal of creative scone recipes.

The first few months on the job my whole body screeched in pain and work was agony. The position started out in the morning shift and slowly migrated over to the night shift, where its stayed since. In my first month, I was exhausted and cranky while I adjusted to my new sleeping schedule. Still, I enjoyed baking. There’s something about playing around with sugar and flour that calms me. I’ve tried line and production cooking, but the heat and adrenaline of those positions encourage boorishness. In bakery, people respected my introspection. I do all the ordering, I have two bakers in my team—which is all the people-managing I can handle—and best of all, I never have to wait on customers.

My bakery is the second in the company and the workload is ruthless. You won’t believe how many cookies we sell every day; somebody somewhere is having a bad day and there’s nothing like a chocolate chip or three to soothe a mangled soul. Some days I want to cry into the three millionth biscuit dough I’ve had to wrestle that week while someone else is on vacation. (We accrue generous vacation time, so somebody’s always on vacation.) I’d like to have more help and more workspace, but that’s literally asking for the moon these days.

Thus far this is my favorite job. The physicality of baking forced me to finally get healthy: eat my greens, go to the gym, and spend most days walking up and down the hills of my neighborhood to stay muscled to be able to do my job safely. Also, did I mention not talking to people? I’m out before any real business happens and I’m in right before the store closes. Most of my communication with anyone happens through email—truly a dream—and I wish this job and I had found each other sooner.

Will I be baking forever? Who knows, but right now it’s good until I figure out what do when I grow up.

1. We Did Good, Billfold
2. Question Wednesday
3. What I Learned From Five Years of Writing and Editing for The Billfold
4. How a Program Assistant Dealing With a New Paycheck System Does Money
5. Classic Billfold: What I Wanted From My Move to Portland and What I Got
career historyfoodfood-service