Every Job I’ve Ever Had: Sex Worker, Chess Teacher, Lawyer 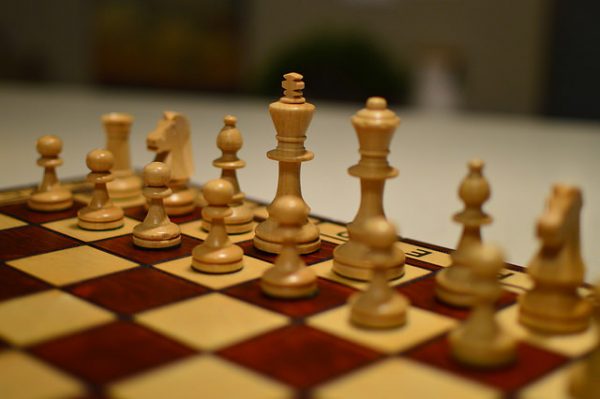 As the oldest of seven kids, I babysat longer than I can remember. Once, during a hot, suburban Minnesota summer filled with stale air and slip-n-slides, my parents went to DC for a week to look at houses. They promised to pay me $5 an hour to watch my brothers and sisters, but when I sent them a bill in the form of American Girl doll accessories, they reneged. From then on, I learned to get my promises for money in writing.

In 8th grade, I got my CPR certification and lifeguarded at suburban neighborhood pools in Ashburn, Virginia. I made $7/hour. As I baked in the sun at the top of the lifeguard tower in my red suit that was two sizes too tight, I tried to flirt with a 16-year-old lifeguard. He was all blonde hair and tanned abs. I’d challenge him to swimming races and beat him every time. He broke my heart when he started dating a Baywatch-esque senior with DD breasts.

In 9th grade, I worked ticket and concession sales at Hopkins Cinema 6, the dollar theater in Minnetonka, Minnesota. I liked my boss, a 16-year-old football player, from the moment he taught me how to clock in with a punch card. At an all-employee midnight showing of The Matrix, I cried when he made out with another girl.

In 11th grade, I became a shoe sales assistant. For three months I organized a warehouse of shoes, from fuzzy, tie-dye Steve Madden slippers to Louboutins in the backroom of the show floor. I got promoted to shoe sales, and fell in love with the hustle and the commission. I’d run past my co-workers, middle-aged women who drank SlimFast shakes for meals, to win sales. I called my boss to quit over voicemail the day before I left the United States and moved to Germany as an exchange student.

After Germany, I moved to Villiers-sur-Marne on the outskirts of Paris to be an au pair. For six months, I cared for two children, learned French, spent all my money at the Louvre, and helped a neighbor restore an old house. I left that family, got a shabby apartment in the 19th arrondissement for $250/month and sold T-shirts at Hard Rock Cafe Paris. We’ stand on the bar and sing songs at the top of every hour to sell shirts. Three months later, I hitchhiked to Italy and taught English to Italian children at summer camps, made $200 a week for 10-hour days, and flew home broke and happy.

I moved back to my parents’ home in Ashburn, Virginia, went to community college, and worked as a salesgirl at Nordstroms. I was fired for giving a friend a discount. Then I worked the holiday season at The Sharper Image, and waitressed nights at a chicken wing restaurant where you had to sign a liability waiver in order to eat the spicy wings. “Wash your hands before you go to the bathroom or it will burn,” the manager said during orientation.

I moved to Los Angeles believing I’d be the next Hollywood starlet. Two months and 49 extra appearances on Judge Judy later, I was broke. I answered an ad in the back of an LA Weekly and made close to $50K in five months hustling as a porn actress, nude model, and callgirl. Six months later, I’d given all my money to my boyfriend who used it to buy drugs. After I totaled my car, I started a court-mandated drug rehab program and waitressed at The Elephant Bar in order to pay the court bills. For two years, I smelled of stale artichoke dip and grenadine.

After rehab, I went back to community college, cocktail waitressed at trendy nightclubs in Westlake Village, and taught elementary school kids how to play chess for $50 an hour. It took me four years to get an AA before I transferred to UC Berkeley.

For all of four hours, I bound textbooks for $12/hour at a copy store. I got too many paper cuts so I quit. For two years, I worked as a barback for a trendy restaurant on Solano and brought home free food for my seven roommates. For a minute, we imagined ourselves broke hippies of a Kerouac type—which didn’t make sense because I drove a Lincoln.

After college, I moved to Portland because it was cheap. I worked as a personal trainer at a Bally Total Fitness and advertised LSAT tutoring on Craigslist. College kids’ parents paid me $100 an hour to teach them how to take the LSAT in the coffee shop at Powell’s. It was awesome.

I moved to Boston for law school. After 1L year, I worked with a microfinance company working on international contracts in the legal department.

During 2L spring break I volunteered with a legal non-profit that works with an HIV-positive demographic in New Orleans. Our clients were often transgender, sex workers, single mothers, disabled, or all of the above. I listened to clients’ stories and saw second-hand the way that prejudice against minority groups is invoked at a systemic level.

As a 2L, I worked on provisional IP patents for my husband’s startup, a video messaging app back when video messaging didn’t really work on phones. I fell in love with startups.

After law school, my husband and I moved to San Francisco to work in startups. The first founder to interview me had bare feet and a dog on his lap. The dog wore a doggy shirt with the startup’s logo and smiled at me. Over the next four years, I worked in operations and legal at three more startups, two of them high-growth, one a dud. I’d vest and move on, vest and move on. “A cliff jumper,” one friend called me.

After I paid off my student loans, I bought a pole dance studio, rebranded and made it my own, tripling the business in less than a year. In my spare time, I started doing pro bono work, representing low-income clients in domestic violence, child custody, and divorce cases. This is where I am now.

When people ask me what I do, I hesitate. “I’m a pole dance-lawyer-entrepreneur?!” I say and they scratch their heads.

Like all of us, I have never been just one thing. I contain multitudes.

Amy Bond is the owner of San Francisco Pole and Dance and is a professional pole dance instructor. She volunteers part-time as a family law attorney and is currently working on a memoir called “Becoming California.”

1. We Did Good, Billfold
2. Question Wednesday
3. What I Learned From Five Years of Writing and Editing for The Billfold
4. How a Program Assistant Dealing With a New Paycheck System Does Money
5. Classic Billfold: What I Wanted From My Move to Portland and What I Got
career historycontaining multitudesevery job I've ever hadjobs