Talking to My Mom About Dealing With Credit Card Fraud 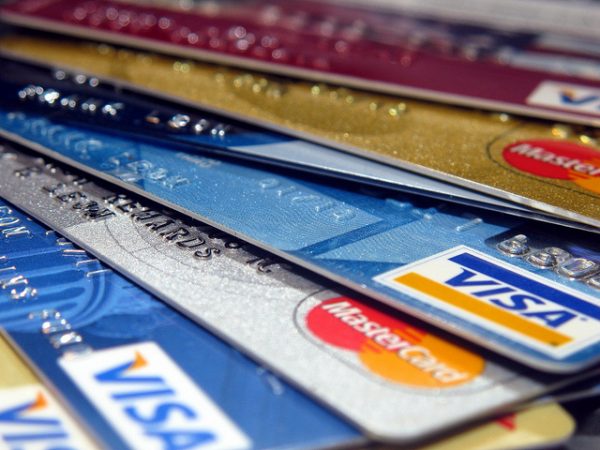 My mom has been a loyal Billfolder ever since I’ve been writing for the site. She recently told me that she and my dad had gotten their credit card number stolen twice in the same month, and wondered if that would be a good Billfold story.

I told her I was sorry to hear about the credit card fraud, and that I would love to interview her for The Billfold.

ND: How did you figure out that your credit card number was stolen the first time?

MD: We received a phone call from the fraud division.

Why do you think they called your number but asked for Dad?

Not sure. Even though we are joint holders, your dad is the primary name on the account but my phone number was the one linked to the account. We went online and changed that so now his phone number is the primary number. We couldn’t figure out a way to make it possible for them to talk to either one of us or make my name the primary name. We did set it up so that in the future I will receive emails. I am sure that I have called them in the past and they did talk to me, but it was not because of fraud.

Then what happened? How hard was it to solve the problem?

They had blocked the card already so that it could not be used. They took the fraudulent charges off and sent us a new card in a day or two.

And then someone stole that new credit card number, like, the first day you got it?

Within a week that credit card number was stolen and used fraudulently.

How did you get that notification?

Same process. We received a phone call to my number but they would only talk to your dad. At first I thought it must be a mistake, but it was not.

They canceled that number and sent us a new card. Both times we received the new cards we were asked if we wanted them sent by two-day shipping. They FedExed them to us for free.

What were these thieves trying to buy?

There were two purchases on the first number and one on the second. All of the purchases were at Walmarts in Iowa and Wisconsin. Places we had never been. They were all in the $80 to $150 range.

Did you lose any money?

No. Except for being without that credit card for a few days we were not affected. That is the card we use the most and try to get points that we use for travel, so we did miss out on a few points while using a different card.

I already knew about skimmers that can be put on ATMs, but we had not been using our card at an ATM during this period. In our conversations with the fraud department, we were told that gas stations and restaurants are the two places where a credit card number is generally stolen. I assume that they can put skimmers on the pumps of gas stations. I think there was only one charge that was in common during both of these experiences. It was at a gas station that we stop at when we drive to Canton.

The next time I bought gas (not at the suspicious gas station) I went inside and paid. I talked to them about their security at the pump. They said that they check their pumps every day for skimmers.

Most of the restaurants we go to are local and we do not worry about using our cards at these establishments.

We both feel like the fraud division was very helpful and on top of the situation. We have no complaints about how we have been treated.

Since this has happened, your dad has gone online every few days to make sure that the new card is not being used fraudulently. So far it has not been used by anyone but us.

We are not sure if this has any impact on the credit card situation, but we have changed passwords on accounts for the online retailers we use. Also, in a case like this make sure that you change your credit card number for any automatic charges like Netflix.

Nicole, as you know I have balanced all of our accounts for years and watched the activity to make sure everything was correct. If the credit card company had not found this, I am sure that I would have. I think that it is important to look over your banking statements and make sure that everything is correct.

We are glad that we have a credit card company that is able to detect fraud quickly and take the necessary steps to keep it from continuing.

1. We Did Good, Billfold
2. Question Wednesday
3. What I Learned From Five Years of Writing and Editing for The Billfold
4. How a Program Assistant Dealing With a New Paycheck System Does Money
5. Classic Billfold: What I Wanted From My Move to Portland and What I Got
credit-cardsfraudI love you Mominterviews