On Money and Men 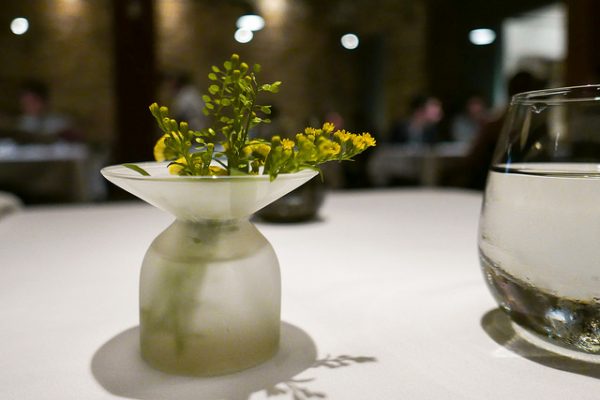 He moved to Seattle from Spokane. He was convinced that Seattle would give him the prosperity and opportunity that was absent in his hometown. Right after he moved, his cousin, my manager at the time, had him fill in for a co-worker on maternity leave at the soup shop where we worked. When she returned, our manager didn’t offer him a permanent position—so I drew up his resume, wrote his cover letters, and tried to stay optimistic as he remained unemployed for months. It didn’t help that it was during the recession and his previous experience only included two jobs: stuffing spam inside newspapers and Walmart supervisor.

His mom gave him money to pay for his living expenses, and, eventually, I did too. I gave him grocery money and paid for all of our meals. I enjoyed charitable giving and now realize that I treated him as a charitable case. A Five Guys Burgers and Fries opened up in my neighborhood, so I implored him to get dressed and drive down right away. He was hired on the spot and both his mother and cousin nearly canonized me for helping him get a job after almost two years of unemployment. Later, he said he needed a new computer to help him find a better job and his own apartment. I agreed, but then we both realized he didn’t have the money to pay me back. I lent him $1,000 and, two weeks later, he dumped me. We stayed in sporadic contact so he could pay off his debt. (It took months.) When he was finished, I commemorated the relationship with paraphrased Pablo Neruda: love is so short, owing money is so long.

Last year, my boyfriend Lukas and I bought an HVAC system for our house. We stayed in hotels for five days while contractors traipsed all over our property. In one of the hotels where we stayed was a restaurant where I had worked when I was 20. I was a hostess at The Restaurant when it was tremendously popular; people waited for an hour to get a table, and the bar overflowed with effervescent people.

I never returned after I left twelve years ago. I had a wretched love affair with a waiter which Molotoved our hearts and our egos. He was one of the best waiters—luminous, and he loved the work—and regulars clamored for his section. (He also made great tips.)

Lukas and I walked over to The Restaurant and I didn’t know what I thought I’d see but it certainly wasn’t what I saw. It was like someone had removed all of what made The Restaurant a vibrant place to eat and work, and replaced it with furniture upholstered with desperation. The once prolific bar was now void of top-shelf liquor and pretty much everything except for beer. The wine cellar and hostess stand was gone, along with a third of the tables, which meant a third of the waiters’ income had disappeared too. We should have left, but someone saw us and ushered us into the empty restaurant.

“I’m glad I left when I did,” I told Lukas. “Gordon Ramsay would skewer this place.” As we waited, I felt/saw someone eyeing me from afar; without glasses on, everyone’s a ghost, although this ghost looked/felt too familiar. I thought it couldn’t be him—surely—he’s moved on. Once he was sure it really was me, The Waiter walked past, touched our table and whispered, “good to see you.”

For years, I dreamt of how we’d run into each other when I was doing well and how beautiful that would be. It took twelve years for that to happen despite us living in the same city, and I told him we were staying in hotels for a week ($), to have HVAC installed ($$) in our house up The Hill ($$$). It was a reunion I never expected to have and it had none of my imagined triumph.

I wasn’t disappointed he was still a waiter. I was disappointed he stayed even after the mass exodus of regulars, the dreadful food, and the vicious Yelp reviews. Twelve years later, he’s exactly where I left him—fossilized by nostalgia and his lack of momentum. “She’s the smart one, she was always going to leave,” he told Lukas. I’ve forgotten how in the midst of our push-and-pull he told me I could never be a waiter’s wife, how I would never be happy with him and the life he could give me. “No,” I said, “you don’t know me at all.” But he was right. I thought I needed him, but I needed velocity more.

He was flown to Washington State from California to open a new branch of the restaurant chain where we both worked. He was ten years older than me—I was always drawn to older men—because I foolishly thought that older men had their lives, or at least their finances, in order.

He had been a bar manager until the upscale bar where he worked laid off most of its staff during the recession. When he was younger, he was a professional skateboarder. He played college football, although he was really great in high school. I should have known that any man who talks about the glories of his past is not doing that well in the present.

His parents owned a TV station in Utah. I remember texting two of my childhood friends, who both agreed that he was a keeper. I think they said that because they assumed that having rich parents meant he was rich too. I found out soon enough that his parents kept all of their money to themselves, and he had none of his father’s smarts or ambition. I visited him in California and, as soon as we drove up to his rental, I knew that our relationship wasn’t going to work. He was living way beyond his means, laughably so. He had a nice truck, and he lived in a big house (with roommates) this close to the beach and the scenesters in San Diego. When we walked into his room, I saw unopened bills, empty beer cans, weed, and prescription bottles. He vaguely mentioned being behind on payments.

We went to bars with his friends and he would periodically come out of his alcoholic stupor to go to the ATM. He took so much money out of the ATM that I thought it would close up for lack of funds. I kept seeing the unopened bills in my mind and tasting disappointment in my beer. I knew I couldn’t be with someone who had money for booze but not for his bills. Before I got on the plane, I broke it off. A few months later, he texted me to say he was leaving San Diego. It was paradise, but paradise costs.

He’s someone I’ve written extensively about in The Billfold. I couldn’t help it; I’ve never met anyone who made so much money while still being broke all the time. We were together for three years and in that time, he made $280,000 to $300,000 annually. His only debt was his mortgage and that’s where his financial acumen ended. He was 22 years my senior and hadn’t saved one dollar for retirement. His retirement plan was to win the Mega Millions Lottery and he poured $200-$300 every week into lottery tickets wishing for the big win. He derided my decision to invest in stocks, and frequently encouraged me to liquidate my IRA “before the market collapsed.” He routinely asked me to wire him $3,000 at the end of the month to pay his mortgage and his child support—which he paid back—but not after some hand-wringing and why can’t he pay his own damn bills?

The longer we were together, the more I realized that just because someone is smart doesn’t mean they’re automatically smart with money. He was smart enough to put Wi-Fi into a major airline, but not smart enough to come up with $500 in an emergency. I offered to manage his money, open his IRA, or find him a financial advisor and a CPA so he could pay his taxes on time, but all of my efforts were rebuffed. Despite both my advice and my money, he was still overdrafting his accounts, still behind on his taxes, and still hadn’t figured out a retirement plan. He depended on me to save him from his financial catastrophes, so I was out.

When I was 20, I read in Oprah’s magazine that I should write down 100 qualities I would like in my life partner. Supposedly, it helps the universe trim off unqualified men and send you Mr. Right. I lost the copy of my list but I remember the two most important items: he has to be solvent and sober.

I met Lukas three years ago at work. I didn’t think too much of him because I’d officially vetoed dating co-workers and besides, I was sure he was just another drunk bro like 99 percent of the men I’ve dated. I was wrong. When Lukas and I met, he was four years sober. Also, he was solvent and financially-savvy. When he was 19, he bought an apartment building with his dad and brother, and he put up 66 percent of the down payment. He bought and sold three houses before he turned 30, and he owns rentals. He’s the only boy I took home to meet my parents, because I finally found someone who could impress my father—and he did.

Even if Lukas and I broke up, both of us would leave the relationship financially better than before. We’ve both amassed significant savings, learned from the other about strategic investing, and helped each other plan better for the future. I’ve spent thousands on plane tickets, meals, gifts, and mementos for various men, and I’ve had a lot of money regrets in my relationships; but for the first time, my heart and coffers are full.

1. We Did Good, Billfold
2. Question Wednesday
3. What I Learned From Five Years of Writing and Editing for The Billfold
4. How a Program Assistant Dealing With a New Paycheck System Does Money
5. Classic Billfold: What I Wanted From My Move to Portland and What I Got
datingmoney and relationshipsrestaurants