My Boyfriend Makes 5x My Salary: How the Fun Budget Saved Our Relationship 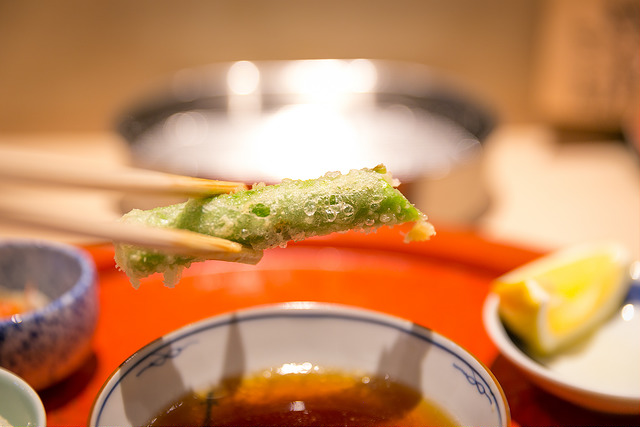 I was working two unpaid internships when I met my boyfriend on OKCupid three years ago in San Francisco. Over tempura veggies and tofu custard at our now-favorite vegan Japanese restaurant, I learned he had a lucrative job at a well-known technology company. My first thought wasn’t finances—it was to ask him a question about the service, which I used.

As we got closer, however, our disparate incomes became more pronounced. Though he isn’t flashy, his life involved larger financial transactions than mine. Our first six months together involved awkward negotiations around weekend Airbnb rentals with his friends, dinners at restaurants above my one-dollar-sign budget, and visits to museums on days that weren’t Free Admission Tuesday. It wasn’t sustainable; we’d find a compromise for one expense only to have another opportunity arise that I’d invariably respond to with “I’d love to, but…”

I finally plucked up the courage to have a Conversation About Money. I appreciated the invites and loved spending time together, I told him, but this lifestyle was out of my price range. I either felt anxiety around overspending my means, or guilt and discomfort over him paying my way. To my surprise, he smiled. Let’s fix it, he said. After multiple conversations and ideas, we landed on our solution: the Fun Budget.

Here’s how it works: He asked me to decide how much money I could comfortably budget towards “Relationship” each month. Then, he’d match it. I’d pay him my portion directly and he’d pay for our joint expenses on his credit card. It’s like he’s a prepaid debit card with an unbelievable 2-for-1 rewards program (he’s also, you know, an amazing person whom I love dearly).

To kick it off, I spent an evening with Google Sheets analyzing my income, expenses and savings goals and suggested a Fun Budget contribution of $100 per month. Now, he gets a monthly Venmo payment full of emoji party hats and smiley faces, while we both get a wonderful relationship with much less stress.

The Fun Budget has worked just as we’d hoped. We’ve taken a weekend escape to Monterey to eat a nine-course meal with his foodie friends. We went to the San Francisco Symphony twice ($90 seats with his friends, $15 nosebleeds with mine) before deciding that we don’t actually like the symphony that much. We took a couples’ massage class I found on Groupon and emailed to him with the subject line “Fun Budget!?!?!?!?” And we’ve had casual dinners out when neither of us has any food in the fridge. Without the Fun Budget, I would have suggested frozen peas and dry toast while planning a trip to the grocery store the next day. I think we both ultimately preferred the tacos.

It’s not always a perfect solution, though.

For one, bigger expenses like traveling complicate the Fun Budget. In 2015, we took our first international trip together. With money tight between my two part-time jobs, I envisioned overnight buses, hostel dorms and $2 meals cobbled together from the local market. He disagreed. He wasn’t looking for a luxury resort, but he was willing to spend an additional $10 for a private room at the hostel and take a $45 flight to avoid hours of bumpy discomfort. So, we applied the Fun Budget framework. I set down my trip budget, estimating what I would reasonably spend daily in my version of events. I sent him the sum ahead of the trip, and he covered the additional cost of the “upgrades” he preferred. It was hugely generous on his part (because who actually ever sticks to her/his budget when traveling) and we had a great time.

Another wrinkle we haven’t worked out is the perception that he pays for everything. From pastries to movie tickets to anniversary dinners, it’s his credit card that takes the charge. Rationally, we know I already paid my share, but emotionally I feel like I’m relying on him and he feels like he’s constantly paying for both of us. Sometimes, I want to treat him to dinner or a movie to even things out, but feel like I’m double spending.

Finally, in my opinion, the Fun Budget is a much better deal for me than it is for him. If we stuck to the original terms of his matching my contribution, we both feel it is fair based on our incomes and spending habits. In reality, however, neither one of us tracks the Fun Budget. In the 32 months since its inception, he’s probably underspent his contribution twice. Every other month, I’m sure he’s contributed more. On the other hand, he gets the credit card points and I don’t.

Despite its imperfections, we’re very happy and the Fun Budget works remarkably well. It achieved our main goals of 1) avoiding repetitive conversations about finances that would stress our relationship and 2) allowing him the social lifestyle he wants while I remain financially stable.

Now, however, it might be time to say goodbye to the Fun Budget. We’re moving in together next month (!) and in addition to budgeting for Fun, there will be budgets for Groceries, Utilities, Toilet Paper and all sorts of other fun (not Fun) things. It’s going to be hard to compromise but I’m confident we’ll find a solution as good as our trusty Fun Budget. And maybe we’ll even have fun doing it.

LN lives in the Bay Area and is currently apartment hunting.

1. We Did Good, Billfold
2. Question Wednesday
3. What I Learned From Five Years of Writing and Editing for The Billfold
4. How a Program Assistant Dealing With a New Paycheck System Does Money
5. Classic Billfold: What I Wanted From My Move to Portland and What I Got
budgetingemoji party hatemoji smiley faceemoji tacofun budgetmoney and relationships