Did My New Year’s Resolution Kill a Business? 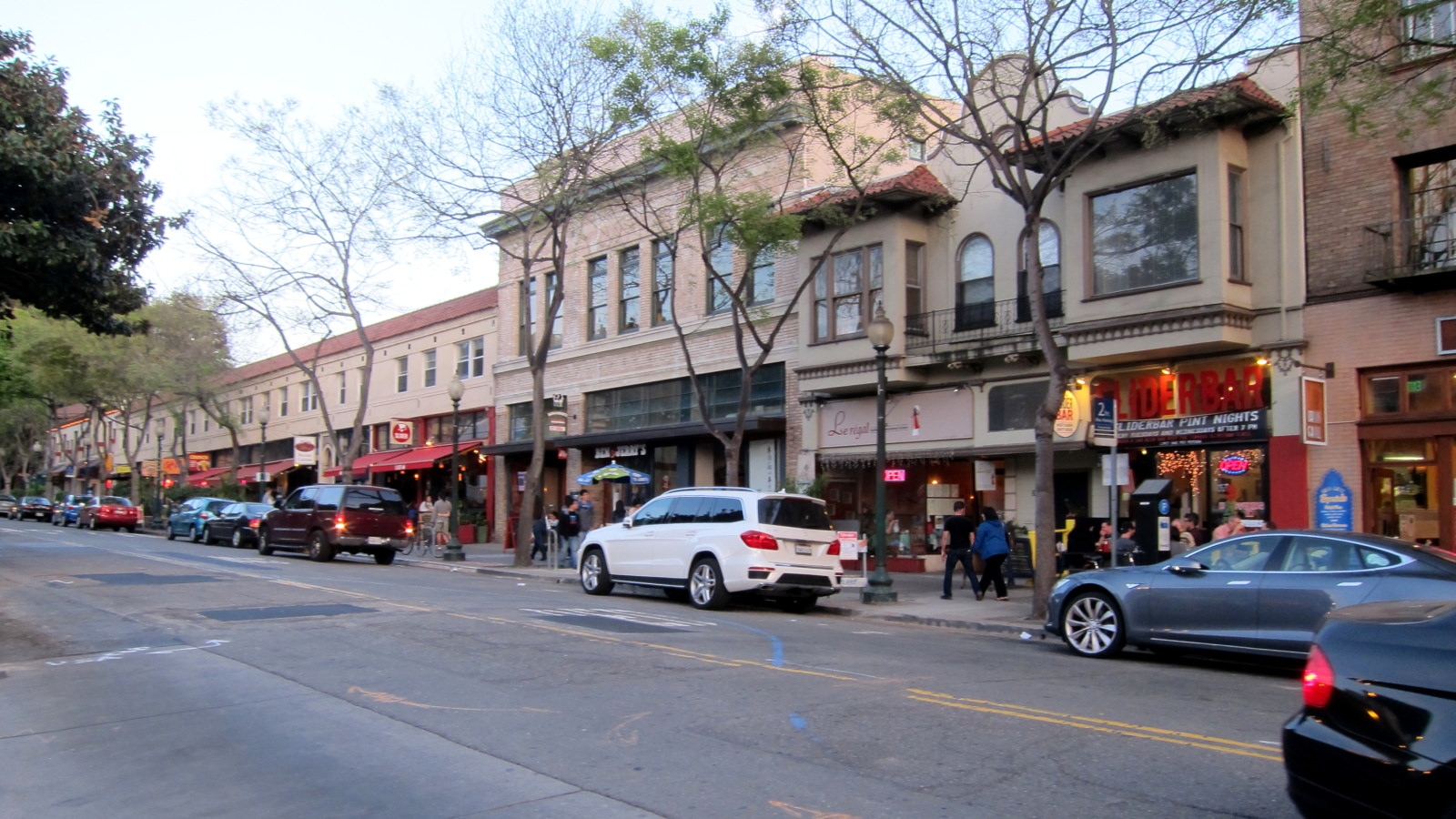 I was sitting at a café in downtown Berkeley when I found out that one of my favorite bookstores was closing. What’s odd is that my mother — 2,800 miles away in upstate New York — was the one to give me the news.

When I first moved to California a decade ago, my mother called every time there was a mudslide in Malibu. Never mind that I live in Berkeley, almost 450 miles north of Los Angeles County. (I considered retaliating by keeping closer track of Cleveland, a city similarly distant from her, and dialing up every time something awful happened on Lake Erie.) So I never expected that among the news shared during our weekly phone check-in that she would be the one to give me the bad news from Santa Cruz.

My mother’s grasp of geography gets a bit hazy west of Buffalo, but she knew that Santa Cruz is a city I often visit. A few of my friends had moved there after college. As it turned out, an old high school classmate of hers also lived there. The classmate had posted something on Facebook about Logos Books and Records going out of business. My mother thought to ask me if I’d ever heard of the place. It looked like a nice kind of bookstore, exactly the kind of place I might like. Had I heard it was closing?

I wailed so loudly and involuntarily the other customers at the café assumed I’d spilled hot coffee on my crotch.

Whenever I go to Santa Cruz, I stop in three places. Charlie Hong Kong on Soquel Ave, Caffe Pergolesi on Cedar Street, and Logos Books & Records on Pacific Ave. The place is a bit more chic than most used bookstores. It’s got an industrial vibe that makes it feel like it’s in the old premise of some now-obsolete 19th century utility — an ice manufacturing plant, say, or a colliery. Now it’s filled with all the things that make every used bookstore wonderful. Stacks of bizarre and marvelous volumes filled with that papery old book smell. Dust and vanilla and pine sap gone dry.

Even though I’ve never lived in Santa Cruz, I couldn’t help but feel deeply attached to Logos’ closing. And also responsible.

As a financial resolution, I’d given up buying books for the year. I live three blocks away from the Central Berkeley Public Library, and my friends are all readers, so there are books aplenty for me to borrow. Also, I’d begun a more steady and credible career as a part-time journalist. So, while I was reading more than ever, it was mostly articles, emails, and Twitter. With one exception — Studs Terkel’s Working, which, at 600 pages, was too long for me to finish before the library needed it back — I hadn’t bought a book since January.

When my mother casually told me the news about Logos, I felt worse than sad. I felt remorse. I felt implicated. It was like hearing the nice old lady you used to spend time with at the park when you were unemployed and had time on your hands had died of loneliness now that you found a job.

I understand the owner’s reasons for closing — he’s over 70, competition from online retail, the store has had three slow years in a row, rents are going up, etc. — and I think he’s making a good choice. But this isn’t the first time I’ve seen this kind of loss because of the good choices small businesses are forced to make.

It first came up for me when the independent used bookstore Twice Sold Tales on University Avenue in Seattle closed. I was living in nearby Wallingford at the time. The reasons were all the expected ones — declining sales, increasing rent, etc. etc. etc. — and to be fair, Twice Sold Tales still has its mother location in Capitol Hill, and I was pleased to learn that they’d recently opened another location in Ballard. But it still gets me that when the U-District shop closed, it was replaced by a Chase Bank, an institution that does not muster the same community enthusiasm as its predecessor, nor rely so keenly on its support.

My heart broke again when Shakespeare & Company on Telegraph Avenue in Berkeley closed after 51 years in business. Even before I lived in Berkeley, I had a specific routine when I visited: get a book from the $2 section of Shakespeare & Co., then walk a few doors over to Caffe Mediterraneum, another legacy business, for a cup of coffee and a few hours of reading. One day I showed up and saw Shakespeare & Co was closed for good. Same reasons — revenues, rent, and retirement. A year and a half later, Caffe Med closed too.

While it was a sad day to lose Shakespeare & Co, it might have been fine for Telegraph Avenue — where Alan Ginsburg wrote portions of Howl, the Black Panthers had their Berkeley meetups, and Janis Joplin hung out — had an institution of similar culture merit moved in. It didn’t have to be Beatnik culture or book culture, just something that people might feel some affection and sympathy for. Something that would contribute to the city’s identity.

But instead of something cool — like a music venue, or an art collective — or something useful like a senior center or a rehab clinic — the space became Romeo’s Coffee, a place that has all the cozy charm of an airport car rental agency.

The old bookstore had alleyways and nooks and places to get lost in. It had knowledgeable clerks who would spend hours discussing arcana with you. It encouraged lingering and connection. The new coffee shop has Wi-Fi and nowhere to hide.

To be clear, Romeo’s is not a chain, though it follows the chain model by offering a dazzling array of pricey, highly instagrammable novelty drinks, and a customer service philosophy of “Get ’em in. Get ’em out.” I predict it will do very well.

This is really a tale of three cities and three streets. Telegraph Avenue in Berkeley. University Avenue in Seattle. Pacific Avenue in Santa Cruz. Santa Cruz is a university town. So is Berkeley. And while Seattle as a whole might not be, the University District certainly is.

The issue for each of these places is that every four years a third of their population turns over. People who know they will leave are less motivated or else unable to give the kind of long-term investment to the independent businesses that give a place identity. And once those independent legacy businesses close, the ones to replace them don’t require the same amount of community investment. They just have to be recognizable and good enough. Chipotle. Target. Starbucks. Those businesses operate on principles which are nearly the reverse of locally owned mom-and-pops. If a downtown Starbucks closed, it would actually be an opportunity for a city to get some of its identity back.

It’s tempting to blame Millennials, but I blame universities and city councils for not doing enough to encourage good relations between their respective populations. When prospective students apply to a university, they are choosing a town as much as they choose an institution. For populations newly transitioning — from dependence to independence, adolescence to adulthood — new experiences can be intimidating. It’s just easier to go with what’s consistent and familiar. One less thing to stress about. Independent businesses might be an uncertain gamble. Every Starbucks is the same.

Of course there are students who seek out the independent businesses. There will always be a few with more time or curiosity who look for the quirky bookstores and the coffee shops with the mismatched mugs. But given the abundance of new stress factors students face as they transition from home to college — new city, new friends, figuring out a class schedule, course requirements, professors, loans, financial aid — well, it’s understandable that they might not place a high priority on locating mom-and-pops for the books they need, the groceries they like, the coffee they would prefer. There’s Amazon. There’s Target. There’s Starbucks.

College towns tend to have a lot of pedestrian traffic. Storefront property in pedestrian corridors tends to be expensive and highly competitive. Small businesses usually can’t compete against the deep pockets of a national corporation. Getting outbid for prime space forces them into more affordable, but also distant and less walkable locations. When you’re a small business in a college town, you need college students to keep your business alive. And you just can’t survive as a business if you are somewhere they’re not walking.

I’m not saying college students have no taste. (Though I was baffled that when a Taco Bell opened in Berkeley, the UC Berkeley student paper, the Daily Californian, gave particularly enthusiastic coverage. Front page. Above the fold.)

But I understand why students might choose what’s convenient over what’s local. And I understand that a prohibitive real estate system is in place which presents them with a limited selection. (A partial list of the business offerings at Harvard Square in Cambridge, Massachusetts: CVS, Starbucks, T Mobile, Bank of America, another CVS.)

Outreach could be part of the solution. Maybe if at the start of fall semester college campuses hosted “local business fairs” the way they host career fairs in the spring. Maybe if more local businesses accepted university meal plans, even for nonfood items. I don’t know if either is an answer by itself, but without good city-university relations, small business corridors become less like downtowns and more like rest stops on the freeway to maturity. (We’re about to get a second Target in ours.)

That, at least in part, is how Twice Sold Tales became a Chase Bank. How Shakespeare & Company became Romeo’s Coffee. I can’t help but feel there’s something being lost in transition, even if it does get easier to access an ATM or caramel macchiato. I just hope that with Logos, maybe this time it will be different.

It could be that I’m just trying to assuage my own guilt by shifting blame to city councils and university administrations, which is not entirely fair. Neither of them made me give up buying books for the year. I made that choice myself. And I can just as easily unmake it. I want to put my money where my heart is. I want to spend more time with all the places that I love best.

1. We Did Good, Billfold
2. Question Wednesday
3. What I Learned From Five Years of Writing and Editing for The Billfold
4. How a Program Assistant Dealing With a New Paycheck System Does Money
5. Classic Billfold: What I Wanted From My Move to Portland and What I Got
independent-bookstoresit is always tempting to blame millennialsresolutions