How a Couple Merging Finances Does Money 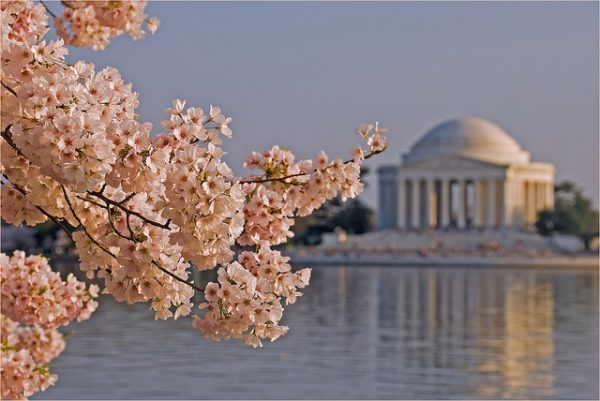 Jennifer is a 29-year-old NGO program director who lives in Washington D.C.

So, Jennifer, tell us a bit about your finances.

My boyfriend and I recently moved in together (in January), and have since been experimenting with ways to merge finances. He also works as a program director at a different NGO, and our salaries are quite close (I’m $81,000 and he is $75,000) though that is due to fairly large raises we each got recently. We used to have more disparate incomes when we first moved in together.

He has a large-ish student loan (no consumer debt), and I have no debt. We live in an odd apartment that is strangely cheap for D.C.

We’re still figuring out how much we merge money and what that means for us.

Let’s look at your living situation first, because I know a bit about D.C. rents. How much are you paying, and what type of apartment are you living in?

So, we pay $875 for a two-bedroom apartment in a pretty central neighborhood — which doesn’t actually make any sense, obviously. Rents where I live, for that size apartment, should be closer to $1,600-$1,800.

Right, that’d be about what I’d expect.

I “inherited” this apartment from a friend who moved, and assumed her lease; the rent goes up a tiny bit ($20 or so) per year, but that’s it. There are just two units like this, and neither I nor my neighbor know why they exist. My theory is one day the landlord will realize that they should charge twice as much, so we’re saving up for a down payment for some place else in the meantime. For now, we’re enjoying spending so little on rent.

Got it. So on to your experiment. I’m interested in learning how you budget, if you contribute to a shared pot, how you handle discretionary expenses, and if there have been any surprises along the way.

Prior to moving in together we talked about this a lot. At the time I was making quite a bit more. We discussed going 50/50 on shared expenses (to be defined later), but it was important to me to not go 50/50, actually. I felt like we should contribute proportionately to our incomes. To me, going 50/50 felt like what I would do with a random roommate or a friend, not someone with whom I was merging my life.

Now that almost matters less since we’re so close, salary-wise.

We keep two running spreadsheets; one is where we track and define shared expenses (rent, utilities, laundry, pets, groceries) along with how much we’re spending there. Right now we’re kind of in learning mode with that one to figure out how much we should budget. We have a shared checking account for those expenses that we both contribute to each paycheck.

Then we have another spreadsheet where we break down how much we make each paycheck post-taxes, and our retirement contributions. This is where we budget out contributions to the joint account and to our savings pots.

We have three savings accounts: emergency, travel/major expenses like a couch, and down payment.

Then we each have a substantial amount left after that in our solo checking accounts.

I think the biggest surprise has been how quickly we’ve moved to more and more merging. Initially we weren’t going to do any sort of joint savings, but we realized that aside from our retirement accounts, our savings goals are really joint goals.

It looks like you did some serious planning beforehand, which is great. How did you have the pre-moving-in discussion?

I’ll break that up into logistics and goals, since they were pretty different.

We’ve always been super open about finances, even pretty early on in dating. He’s naturally a very open and honest person, and as an avid Billfold reader I felt like talking about that sort of thing was natural and important. So we knew long before moving in how much we each earned, any debt, etc.

We were pretty deliberate about moving in together in general, so we had several conversations about what it meant and how it would work — and one conversation was about how we’d do money. I’m trying to remember how it went, but I think I just asked him what his expectations were, and we talked about the various options and what they would feel like and mean to us.

We landed on keeping some/most money separate, but going proportional to earnings on shared expenses; it felt like a place where we kept independence but also were forming a family unit. I’m sure that different people feel that place differently, but that’s what worked for us.

Oddly, we didn’t talk goals before moving in, in terms of savings at least. That happened when I was embarking on a solo effort to be more deliberate about saving categories, and as he was helping me talk through what to do there, we realized that these goals were shared goals.

So let’s jump back to the idea of “what it would feel like and mean to us.” A lot of us have emotional responses to saving/spending money that aren’t necessarily based on, say, the Principles of Economics.

When we were first talking about merging money I was making about 60 percent of our combined income, and I think that meant that we were coming at merging from slightly different perspectives. I can’t totally speak for him, but my sense was that he wanted to make sure that I wasn’t overly subsidizing him somehow and that he was contributing to the family just as much as I was.

For me, it was important to feel like we weren’t totally separate people who just happened to be living together, and I wanted to feel like a unit (I don’t think I’d really want to 100 percent merge and I like the independence, but my parents were 100 percent merged my whole life and still are, and that’s what was modeled for me).

The challenge, of course, is that this works really well so long as things work really well. We’re pretty intermingled now; while we’re both protected by having our own accounts, we’d have to rely on each other’s decency if we ever did split up.

From my perspective, it sounds like you are already treating each other with respect and thoughtfulness, and that kind of thing tends to carry over.

Yes, it doesn’t worry me too much, because we’re both very concerned with what’s fair, and we track things carefully.

What advice do you have for other people who might be merging finances for the first time?

For me, it really helped to do some solo work prior to talking together. Understanding what my triggers are (why I felt so strongly about not wanting to go 50/50, for example), what’s important to me, etc. before having those conversations jointly really helped.

It also helped that we had laid a foundation of talking about money and being open about money and debt long before we had to jointly figure them out. It’s a cliché, but it really does come down to open, honest, and respectful communication.

Clichés do tend to contain a nugget of truth!

Different things work for different people, but I would advise keeping some money separate, I think. It helps avoid any resentment or judging, since we both have our own money for whatever we want.

We also revisit all of this regularly, which I think helps us from having anything fester. Every month we review our spending and discuss how things are working for us, money-wise. It’s just a regular event, and that helps it never feel charged or difficult.

This story is part of our relationships month series.

1. We Did Good, Billfold
2. Question Wednesday
3. What I Learned From Five Years of Writing and Editing for The Billfold
4. How a Program Assistant Dealing With a New Paycheck System Does Money
5. Classic Billfold: What I Wanted From My Move to Portland and What I Got
doing-moneymerging-financesrelationships-month