Zuckerberg Hospital Doesn’t Want to Be Friends With Local Insurers 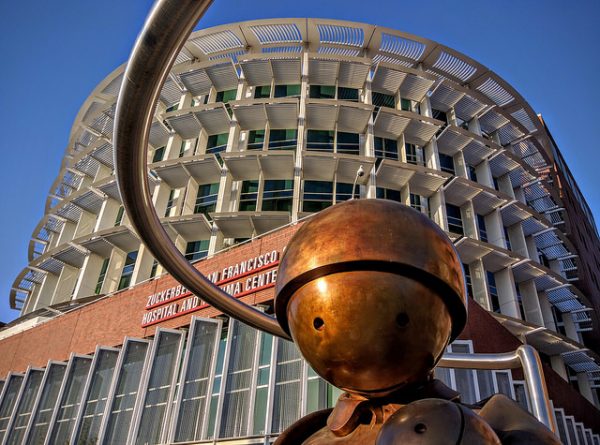 Today’s News Roundup will focus on a single story: what’s going on with the Zuckerberg San Francisco General Hospital?

Zuckerberg San Francisco General (ZSFG), recently renamed for the Facebook founder after he donated $75 million, is the largest public hospital in San Francisco and the city’s only top-tier trauma center. But it doesn’t participate in the networks of any private health insurers — a surprise patients like [Nina Dang] learn after assuming their coverage includes a trip to a large public ER.

I’d suggest reading Kliff’s Twitter thread on the topic, if you want even more information:

I have spent a year reading emergency room bills. I've read about 1,200 of them.

A few months ago, I noticed that one hospital had bills that were *really* different from the rest: Zuckerberg San Francisco General. (1/11)https://t.co/XjHpmZq3i9

The thread includes “It got to the point where I could tell the bill was from ZSFG before I saw the hospital’s name. That’s how abnormal their practices are.” It also includes some suggestions on how the federal government could prevent situations like this from happening (though we have to get the federal government back online first).

Make sure you also read Kliff’s follow-up to her story:

Something I didn’t get into in my Zuckerberg hospital story:

One things that leaves patients with big bills is the fact that the hospital is out of network.

But the other is that the hospital has really high prices. We should look at those, too. (1/6)https://t.co/XjHpmZq3i9

It’s important to note that Mark Zuckerberg is not the person responsible for keeping ZSFG out of health insurance networks — like, he only donated some money, he’s not in charge here.

Still, it’s one more grody thing associated with his name and brand — which has become so unsavory as of late that San Francisco supervisor Aaron Peskin is trying to get Zuckerberg’s name removed from the hospital. As The Guardian reports:

“Given the continued scandals that Facebook has been involved in, including the most recent horrendous corporate behavior around engaging in an antisemitic fashion with George Soros, it is unbecoming to have Mark Zuckerberg’s name on the hospital,” Peskin told the Guardian by phone.

I’d argue that it’s unbecoming to have the whole hospital situation, but hey, one fix at a time.

1. We Did Good, Billfold
2. Question Wednesday
3. What I Learned From Five Years of Writing and Editing for The Billfold
4. How a Program Assistant Dealing With a New Paycheck System Does Money
5. Classic Billfold: What I Wanted From My Move to Portland and What I Got
health-insurancehealthcaremust-read longreadnews roundup