Throwback Thursday: Buy All Your Furniture at Target, For Tomorrow We Die 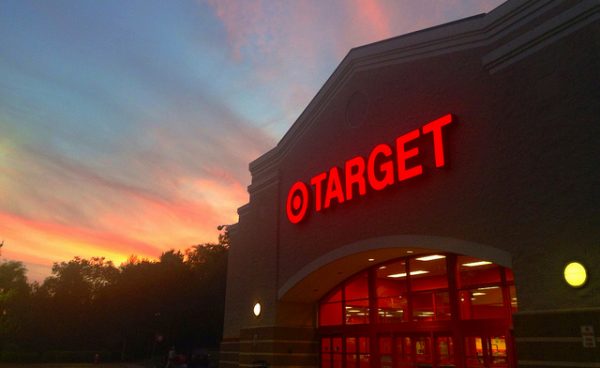 This time last year, I didn’t own a nightstand. I didn’t own a mattress or a single chair. I’d like to say this is because I’m like Marie Kondo-meets-Braveheart, yelling “FREEDOM!” in the face of stuff, but the truth is more complicated. And more typical, too, I suspect.

Here’s the story. Since my husband and I got together in 2006, we’ve moved more than a dozen times. This includes the time we shifted three blocks, and the two times we moved abroad  —  to New Zealand, and later, Australia  —  or about as far as it’s possible to go before you start circumnavigating.

Which is how you get to be 33 and own only a couple of boxes of books and novelty coffee mugs. I could never say which was the chicken and which the egg; we didn’t own much because we’d moved so many times, while not owning much was what allowed us to keep moving.

When, in March of 2015, we finally bought a place  —  a modestly priced, 1,500 square foot house in our hometown that we planned to use as a permanent crash pad  —  we had to furnish it from scratch. Either that, or we’d be camping inside our own house forever.

Furniture can be eye-wateringly expensive. But the expense wasn’t even the most daunting thing. I dreaded spending Saturday mornings examining upholstery under florescent lights. I couldn’t face all the tedious deciding, or the depressing comfortable footwear (furniture stores have the hardest floors in the world, a millimeter of carpet over three feet of concrete) or the desperately chipper salespeople treating me like a real adult, like my own mother. I’d rather stay in my sleeping bag.

So I did the 21st-century thing. I drank the better part of a bottle of $6 chardonnay. Then I ordered almost every last stick  —  desks, chairs, bookshelves, headboard  —  from Target.com. Some of it arrived in a different style, a different color, than I remembered selecting. I kept it anyway.

Well. So far, so standard, right? You don’t need me to tell you that younger people prefer to shop online and that they’re price sensitive. Or simply broke.

Still, I think these widely known facts are slip-covering a more significant shift and a deeper truth. Cheap furniture is the emblem of our age, the source of endless trend pieces decrying our preference for allen wrenches over antiques. It’s the zeitgeist embodied  —  2016 as a $60 nightstand, faux-cherry finish. (I’m 98 percent sure I ordered the faux-cedar.)

Why? There’s the physical aspect. Cheap furniture tends to be light and easy to move. If it breaks, you can replace it. If you outgrow it, you can Goodwill it. It doesn’t pin you in place or prevent you from moving on to greener pastures. All of which makes it the right equipment for a transient generation in a nomadic economy, no less than an ice axe when you’re scaling Everest.

That points to the metaphysical aspect. We own cheap furniture because we sense, consciously or unconsciously, that our situations are temporary. This job, this roommate set-up, this enthusiasm you feel for X? It might not last, so you enter with the end in mind. For the record, this is not a flaw but an adaptation. (We’re the Plan B generation in more ways than one.)

It’s also why, if you ask me, the notion of “sustainability” has emerged in what’s got to be the most mass-produced age ever. Our real concern is replaceability, an understandable anxiety about whether there’s more where this came from. There’d better be, when nothing’s Built to Last.

If that sounds dour, at least we haven’t gone over to the fixed stools and plastic, push-button Murphy Beds of Star Trek or Japanese hotel rooms. I take it as an encouraging sign that, amidst all this impermanence, we still decorate.

The upside is freedom, not being tied down to your stuff. Being okay with owning cheap furniture means you do not have the exquisitely refined tastes and sensibilities that advertisers want to convince you that you have so that they can sell you things. It’s a savings of time, energy, money. You could say I can afford to travel because I have shitty taste. A rolling stone gathers no mess. Even though we own a place now, and furniture, I’m not stuck.

A couple of months ago, I was standing around on a South Carolina beach with my mom and her close friend. Waves were washing over our feet, daiquiris melting away in our hands.

The friend explained that she was ready to downsize, but none of her children wanted the heirloom hutch or antique armoire that she’d inherited from her mother, who’d inherited them from her mother before that. “It’s heavy. It’s not their style. And they don’t have anywhere to put it,” she said.

“None of my girls want any of my stuff either,” my mom said.

“You didn’t even ask me,” I protested.

I couldn’t argue with that. I realized in a small way that we were marking a new era. Already, physical heirlooms have nowhere to go. Whatever I pass down to my own (still theoretical) children, it will not be this Target furniture. More likely, it’ll be this idea, pulled forward about fifty years and accepted as de facto, that you can’t take it with you. That you shouldn’t even try.

1. We Did Good, Billfold
2. Question Wednesday
3. What I Learned From Five Years of Writing and Editing for The Billfold
4. How a Program Assistant Dealing With a New Paycheck System Does Money
5. Classic Billfold: What I Wanted From My Move to Portland and What I Got
furniturehomeshoppingthrowback thursday