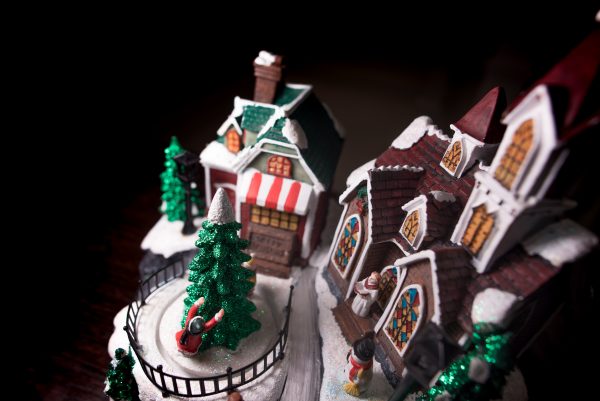 Ah, the holidays. A time to stuff our faces with people-shaped cookies, relax around the fireplace (or strategically-placed space heater), exchange overpriced gifts, and generally feel inadequate about whichever life milestones we didn’t hit this year. Or is that just me?

For many of us, the holidays are also when we catch up with extended family members. I love my family very much, but things have somewhat shifted in our interactions since I graduated from college and joined the workforce, ostensibly becoming a “real adult.” At 27, many of my family members were married/engaged, financially independent, and making progress in their careers. At 27, I am single, not planning on starting a family anytime soon, making just enough to get by, and at a bit of a plateau in my career. Despite all this, the one question I get every holiday from nearly every member of my family is the classic (and deeply vague) “How’s the job going?”

“How’s the job going?” seems like a fairly innocuous question one would ask anyone they haven’t seen in a while. I’ve asked it plenty of times myself, out of genuine curiosity and the need to make conversation. It’s a small-talk staple. When I’m on the receiving end of the question, though, I just don’t really know what to say. I’m an executive assistant by day, and my particular position involves more day-to-day administrative tasks than project-based work. While it’s a good job, the contracts I put together last week don’t make for the most stimulating party conversation. I’m also still in the process of figuring out what I want my career to look like, and while I’m usually happy to talk to people about that process, the anxiety it causes is something I’d like to forget during the holiday season.

I get the feeling that, beyond my job, my relatives aren’t really sure what topics they can bring up with me. I finished school a while ago, don’t have a partner to speak of, and haven’t really made any big life changes in the last year or so (aside from getting a weighted blanket, which has at least changed my sleeping life). If I’m implementing a “no job talk” rule at the holidays, I figured I should give them some suggestions for acceptable conversation topics (that don’t involve politics). So, extended family, feel free to ask any of the following questions this year at our holiday gatherings.

Are you dating anyone right now?

Though I don’t have a serious partner right now, I would much rather talk about my adventures in casual dating than my paperwork-heavy job. For the most part dating is exhausting because (for the most part) people are garbage, but I have to find some way to laugh at my misfortunes so I don’t get completely depressed. Although I’m not sure my grandma wants to hear about the guy who brought up the topic of glitter lube one drink into our first date.

What’s the best movie you saw this year?

I saw a fair amount of movies this year (RIP MoviePass), but this question is ultimately an opportunity for me to evangelize for The Church of A Star is Born. Lady Gaga is everything! Bradley Cooper cast his own dog to play his dog in the film! I actually shed real tears at the end! Honestly, Warner Bros. should hire me for the awards campaign.

In your opinion, which outfit was the best interpretation of the theme of this year’s Met Gala?

Rhianna’s jewel-encrusted Pope hat was the most literal take of the “Heavenly Bodies: Fashion and the Catholic Imagination” theme, but I really want to believe that Cardi B strategically planned her pregnancy so she could serve a full Virgin Mary look.

What’s that? Oh sure, yeah, I’ll pass the potatoes.

So how do I get cheap Broadway tickets?

As someone on a budget who both works in the theatre industry and loves going to shows, I am more than happy to answer this. Just don’t ask me for Hamilton tickets. I can’t help you out there.

Under the right circumstances, would you join a cult?

Many would say that it’s uncouth to bring up cults (or any form of religion) at a social gathering, but I wholeheartedly disagree. For one thing, this particular question will tell you so much about a person’s level of self-awareness. Beyond that, talking about cults, and cults-gone-wrong in particular, helps you realize just how grateful you are for your own boring life and ho-hum job.

What is an Instagram story and how do I make one?

I never thought I’d say this, but I will happily act as my family’s social media guru to avoid discussing my career. Plus, this gives me an excuse to shamelessly use the dog ear filter which, let’s be real here, makes everyone look cuter.

What does it mean to “stan” someone? Who is Stan anyway?

All I have to do to trigger this discussion is to state that I stan something. This is extremely convenient because I stan so much about the holidays. Stuffing, presents, a roaring fire… it’s almost too easy.

Should you really be talking about [insert topic here] on the internet?

Despite being told at an early age not to post anything on the internet that I wouldn’t want my grandma to see, I continue to post with abandon about topics I’d never bring up around my grandma. Of course, now I’m actually friends with my grandma on Facebook, and she rarely brings up my posts. Let’s talk about my Bad Tweets, Grandma!

How’s that chorus thing you do going?

Unlike my job, I have plenty to talk about when it comes to my barbershop chorus. We’ve had several successful shows this year, and recently won an international competition. It’s one of the areas of my life where I feel accomplished, and I’m incredibly proud of the work we’ve done this year. As such, I will happily talk about it for hours.

Will you sing something for Grandma?

This is likely the natural follow-up to any conversation about my musical activities. But yes, I will happily sing something for Grandma.

Photo by Nathan Anderson on Unsplash.

1. We Did Good, Billfold
2. Question Wednesday
3. What I Learned From Five Years of Writing and Editing for The Billfold
4. How a Program Assistant Dealing With a New Paycheck System Does Money
5. Classic Billfold: What I Wanted From My Move to Portland and What I Got
holidaysquestionsrelatives