What Happened When I Instituted Wage Transparency at My Coffeeshop 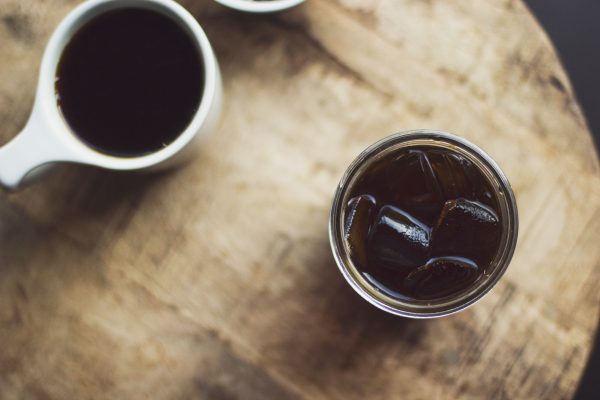 At one of my very first service jobs, I was encouraged not to ask fellow coworkers what they made. “It’s just not something we do here,” my new boss said during my interview. He suggested that we look past wages and think more holistically about service. “Besides, the tips are so good the hourly doesn’t matter.” At first, I didn’t think much of it. But then the questions came.

My coworkers kept prodding for very specific information about my previous employment history. How many years had I been in service? Had I ever worked at a prestigious or well-known establishment? Did I work another job? At first, I thought they were curious, but I realized quickly they were trying to figure out how much I was getting paid.

There isn’t a single job I’ve ever worked where I didn’t wonder what my coworkers were making. If I wasn’t sure I’d be caught — and also sure I wouldn’t be plagued with guilt for violating my coworkers’ trust — I would have opened all my coworker’s paychecks to see what they made. I imagine everyone reading this has had the same thought.

So why do we keep wages secret? Why do we feel weird talking about how others are being paid? After hundreds of Google searches on wage transparency, aka “the practice of making everyone’s wage readily accessible to all employees,” I couldn’t come up with any reason except that power lies in knowledge, and keeping knowledge away from employees disarms them and makes them powerless.

When it was my turn to be in charge, I decided this needed to change. I decided I needed to overhaul our pay structure and make everyone’s pay transparent.

At the time, I ran a small coffeeshop, and I thought about my own experiences being a barista and the things I’d wished for. Then I decided to grant the most important wish: that wage increases would be scheduled and predictable and would have measured criteria for employees to meet. I also decided that if companies like Whole Foods could make this work, so could I. This is the plan I came up with:

AT HIRE: Everyone starts at the same wage, regardless of experience. This was probably the most controversial decision I had to make, but I decided that any assessment of skill or ability had to happen on site. I’d often hear other managers talk about how some of their very best hires were people without experience, and I knew I couldn’t hold lack of experience against an employee. I also couldn’t begin a wage transparent system by starting some folks off at different wages.

1 MONTH IN: I’d do a sit-down with the new employee and give them a list of goals I’d like them to achieve. I’d wait at least a month to give them time to settle in, and to develop goals that were tailored to the barista. They’d leave with this list and an understanding that we’d check in for a formal wage review in two months.

3 MONTHS IN: I’d automatically schedule a review of their first three months with us (often I’d put it in my calendar on the day I hire them so that I wouldn’t forget). We’d go over the checklist and see which goals they’d achieved and which ones they hadn’t. If they passed a sufficient number of their goals, they’d receive a $0.50 hourly raise.

6 MONTHS IN: This process would repeat itself. At this point, they’d be making a dollar more an hour than they were when hired.

1 YEAR IN: This process would repeat, along with assessing if a minimum wage or cost of living increase was also needed, which would be implemented at the same time for all baristas. Yearly they’d be eligible for a dollar an hour wage increase.

The first thing I needed to do was convince my bosses, who regularly “forgot” to give raises and had no structure for how pay increases were given — you might be able to get a raise by sending a quick email, or you might have to wait six months. I had one coworker put in his two weeks, and when I asked him why, he said he wasn’t getting paid enough. My boss got him to stay by bumping his salary by a dollar an hour; however, the coworker had never received a pay increase in the year he worked for the coffeeshop previous to that. Knowing that these bosses might be touchy about wage transparency, I decided to present the problem of wage secrecy as a logistics problem.

I went up to my boss and told him that it’d be easier for us as a company to track expenses if we implemented a wage transparent system. We could easily make predictions about labor costs in the future, and wouldn’t be caught off-guard when employees made salary demands like the one my coworker made. We also wouldn’t have to have awkward conversations with employees and could actually put more responsibility on them by tying performance concretely to wage increases instead of them being given haphazardly. With this line of argument, I was able to get this passed by the higher ups easily.

Secondly, I had to run this by my current staff. This was admittedly a small group of people (we were three strong at the time), but was still nerve-wracking because I thought they might be resentful of the idea that experience wouldn’t play into a new hire’s starting salary. But instead, they were elated; they knew that whispering about each other’s salaries was stressful and created resentment, and were eager to implement a calendar of wage increases. They did ask if their wages could be corrected to reflect this new scheme — which they were — and then they all voted that this would be the best way to move forward.

Then, we had to run it in practice. I hired three new baristas, and proposed this idea to them. They all had varying levels of experience, and I thought I might experience pushback from the more experienced baristas. However, I was surprised by how much a simple conversation about why I implemented this system made a difference in how people understood it. When I explained that I believed in everyone’s ability to be a great barista, and that there would be a guaranteed chance for a pay increase in the coming months, people expressed relief. (It probably helped that I hired three women, who expressed frustration and uncertainty about whether their male counterparts were getting paid more than them. I can only guess that made them more likely to seek out a work environment that promoted a system of fairness and transparency.)

After a few months, when wage reviews came up, I found that I was able to easily give folks wage increases because expectations were set early on. Because the line between a wage increase and job performance was clearly set, everyone was able to achieve their goals. Within six months, everyone had gotten the dollar raise that was outlined to them when they were hired.

As for me, a wage transparent system made my job wildly easier. My baristas were performing to the highest level I’d ever seen because they were motivated and incentivized to do so. We could talk openly together about goals for the team because no one was pitted against each other or distrustful of their fellow employees. By putting people on individual plans, they were able to focus on their own growth and build a workplace where trust and camaraderie were easy to find. There’s no a single action in my entire coffee career that I’m more proud of.

At first, implementing a wage transparency system might be daunting. It might require your colleagues and employees to go through some uncomfortable realizations and you might have to apologize to some of your staff. But once you find a system that works for you and determine a feasible policy, you won’t have to think about salaries and wages again. No more negotiations, no more anxiety about how much of a raise one should ask for, no more wondering if the person next to you is making more or less than you — wage transparency removes anxiety and distrust, and creates a more productive workforce.

Ashley Rodriguez is a freelance writer and editor for Barista Magazine. She also hosts a podcast called Boss Barista, exploring the intersection of identity and marginalization in the coffee industry.

Photo by Matt Hoffman on Unsplash.

1. We Did Good, Billfold
2. Question Wednesday
3. What I Learned From Five Years of Writing and Editing for The Billfold
4. How a Program Assistant Dealing With a New Paycheck System Does Money
5. Classic Billfold: What I Wanted From My Move to Portland and What I Got
jobswage transparencywages