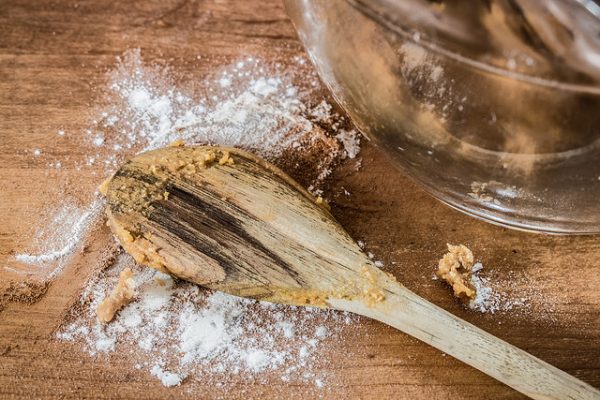 It’s time to catch up on all the news that happened over the long weekend!

Slate also has a good explanation of what went down, if you don’t want to use up a NYT click:

On the day before Thanksgiving, Facebook published a blog post in which COO Sheryl Sandberg and outgoing head of communications Elliot Schrage admitted to lapses in their work with a Republican opposition research firm called Definers. The New York Times had reported in a bombshell investigation the week before that the company hired Definers to create media narratives linking anti-Facebook protestors to liberal billionaire George Soros and criticizing competitors for unsavory business practices. Facebook severed its ties with Definers after the story, but the company pushed back on the investigation by arguing that it contained “a number of inaccuracies.”

The company is now confirming that much of what the Times reported is true, at least when it comes to Definers.

So… Facebook deliberately promoted a bunch of posts that made their critics and competitors look bad in the hopes that people would share those stories, but didn’t expect people to share a story that made Facebook look bad? HOW CAN FACEBOOK NOT UNDERSTAND HOW THE SOCIAL INTERNET WORKS, THEY PRACTICALLY INVENTED IT.

Continuing the theme of “big stories that someone tried to hide in the pumpkin-spice-scented folds of the holiday,” we go to CNN: Climate change will shrink US economy and kill thousands, government report warns.

A new US government report delivers a dire warning about climate change and its devastating impacts, saying the economy could lose hundreds of billions of dollars — or, in the worst-case scenario, more than 10% of its GDP — by the end of the century.

The federally mandated study was supposed to come out in December but was released by the Trump administration on Friday, at a time when many Americans are on a long holiday weekend, distracted by family and shopping.

Our economy might take a hit in the future (and really, with everything the report tells us about what we can expect regarding climate change, the economy should be the least of our concerns) but banks are having a really good year RIGHT NOW. The Washington Post tells us that banking industry profits just hit a record high of $62 billion, thanks in part to the Tax Cuts and Jobs Act:

Without the tax cut passed by Congress last year, the industry’s profits would have been $54.6 billion, according to the Federal Deposit Insurance Corp., a banking regulator.

The 29 percent increase in quarterly profits is just the latest indication that a decade after a global financial crisis that wiped out trillions in wealth, the country’s 5,400 banks have not just recovered but are even stronger. The number of “problem banks” dropped to 71 from 82 during the quarter, its lowest level since 2007. Banks are issuing more loans and profiting from more service fees, according to the FDIC data.

Black Friday and Cyber Monday spending is also up this year, as Forbes reports:

On Cyber Monday, an occasion the industry invented to encourage online shopping, American consumers were on track to spend $7.8 billion and make it the biggest online shopping day in U.S. history, according to Adobe Analytics. That follows record online sales for both Black Friday and this past weekend.

More than $2 billion of Monday’s sales, or nearly 20% of the day’s total, is expected to come from smartphones, after mobile spending topped $2 billion for the first time on Friday, according to Adobe.

On the subject of “occasions that industries invented to encourage spending,” Fast Company has a piece on the history of Giving Tuesday (which I think I’d like a little better if my inbox weren’t currently filled with messages from every organization I’ve interacted with in the past five years, all asking me to give to them):

More than 2,500 nonprofits participated the first year, which brought in roughly $10 million in online fundraising. Tens of thousands of groups have since joined in, with donations increasing 3,000% since then: People gave at least $300 million in 2017, according to transaction data from online giving platforms and payment processors like PayPal, Blackbaud, and Facebook.

I have already spent my giving budget for the month (thanks, YNAB) so I am not making any charitable contributions today, though I will make more donations in December when my budget rolls over. What about you?

1. We Did Good, Billfold
2. Question Wednesday
3. What I Learned From Five Years of Writing and Editing for The Billfold
4. How a Program Assistant Dealing With a New Paycheck System Does Money
5. Classic Billfold: What I Wanted From My Move to Portland and What I Got
black-fridayclimate-changecyber-mondayfacebookgiving tuesdayI promise I will not call every Tuesday news roundup "tuesday newsday"news roundup