The Billfold Goes to the Archives: Community Cookbooks 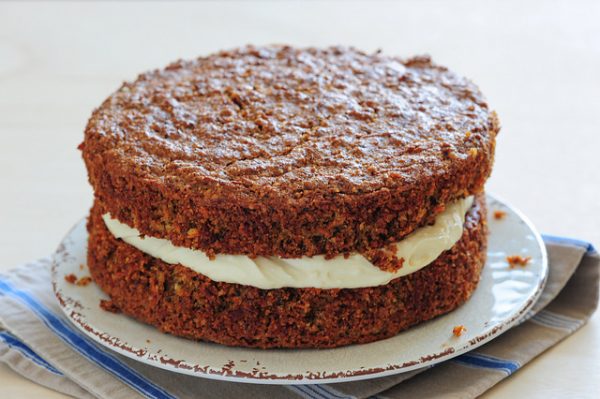 Like (probably) most people, I spend a lot of time thinking about food and money. So when I decided to go to an archive and see what it could teach me about personal finance, my university archive’s cookbook collection was a natural first stop. While I had never in my life encountered a community cookbook myself, I learned about the importance of these recipe collections (usually compiled by organizations like churches, aid societies, and women’s clubs) in people’s daily lives.

These books are meant to be used, in a way that I suspect the few hefty, glossy cookbooks I personally own are not. Many have sections at the end for notes or additional recipes. There are no pictures, just plain text with occasional illustrations (although this may have as much to do with the fact that these cookbooks predate digital photography as much as anything else). Their simple, unadorned pages are perfect for staining with cooking splatters! A sizeable chunk of these cookbooks also include general housekeeping tips. Some are useful, like how to whiten shoe laces (wash them in sour milk), and some are more dated (“Clothes do not freeze on a wire clothesline if first wiped with kerosene cloth”). People were meant to regularly refer back to these books.

Leafing through many cookbooks one sitting, it becomes clear that for the most part they all have fairly similar content. While of course there was some variation (the cottage cheese-lime salad* exclusive to the 1961 Berkeley Heights Mother-Daughter Cookbook, for example), there is a consistent core of recipes: shrimp puffs, cheese balls, low-calorie chocolate cake, and so on. However, it was this very mundanity that was the point — these were the recipes people actually cooked in their day-to-day lives. This is exactly what I find so fascinating.

To that end, each recipe notes its submitter. Sometimes there’s an extra personal detail, like that a particular Bavarian potato ball recipe was “pop’s favorite.” It didn’t matter if you already knew how to make coffee cake or roast turkey. This was Anita’s recipe or Mrs. R. N. Shepard’s recipe, and that was more compelling. Community cookbooks were women’s ways of solidifying themselves in history through food and the home, which was often their sole domain. Cookbooks were also ways to commemorate the communities themselves, since food was so often such a central part of people’s lives. (These books were also usually produced as fundraisers, and sustained communities in a very real way.)

One pleasantly hardy book articulates this explicitly. I took particular note of the 1965 Cook Book of St. James Church in Pennington, New Jersey when I saw that it had a sewn binding rather than the plastic spiral binding common to these cookbooks. Clearly, this book was created in order to last. It contains the following dedication:

This volume, an attempt to record the culinary skills of the ladies of St. James Roman Catholic Church, is dedicated to all its parishioners — those of the past who made the parish possible, those of the present who are experiencing the expansion of the physical facilities, and those of the future who will never know it as a tiny country church standing sparkling white against the blue sky but as a well-established parish in a prosperous residential community.

I mean! I have absolutely no ties to this parish, but this dedication still made me a little emotional. The next section is a detailed history of the church, from the immigration journeys of the area’s first Irish settlers to how much the congregation paid for its first lawnmower, down to the cent ($4.90). The cookbook allowed its authors to articulate how much they cared about their church, and it is no coincidence that the vehicle for doing so focused on food.

I also have a soft spot for this particular book (is that weird?) because it is solidly constructed. I find something very gratifying about holding a tangible piece of history in my hand, even something absolutely mundane. Historical artifacts ground both their subjects and their consumers. Enough time had passed that when in these books I found a shopping list from 1963 or a receipt from 1991 they felt like little treasures.

I know the appeal of having cookbooks you can actually hold in your hands. I own a grand total of two cookbooks myself. When I moved into my first apartment last year, I took those two and a stack of my mom’s favorites. They were absolutely lovely as homey décor, and not particularly useful otherwise. I remember thumbing through several cookbooks on my first day in the apartment, painstakingly annotating promising recipes with tiny neon Post-It flags. In retrospect, this was all a preemptive balm against the mildly disappointing reality that I would be primarily consuming pesto pasta and dragon noodles for the rest of the year. I value food, and had envisioned meal-prepping creative recipes and hosting little dinners for my pals, but I was short on time and short on money and I decided simply not to prioritize it. 1960s America is not a time I would have wanted to live in for a lot of reasons, but after reading community cookbooks, I do wonder how to train myself out of the mindset that food and quality time with friends should be among my lowest priorities compared to, well, most of the other things that I do.

Beyond the contents of the actual books, the overall positionality of community cookbooks in American culture tells us something, too. It’s hard to find specific statistics, but I am inclined to believe that these types of cookbooks are no longer as prolific as they apparently were throughout the twentieth century. Many of the institutions that have historically produced community cookbooks, particularly churches and other religious institutions, are losing their young members at a high rate. Who among us is a member of a mutual aid society or women’s club? Plus, people my age apparently don’t cook. Or, more accurately, we don’t cook as often as our parents and certainly our grandparents did.

Millennials also cook phone in hand the majority of the time. (For the sake of accuracy, I should note that I’m officially too young to actually be a Millennial, whoops.) This bring us to food blogs, which I think of as the community cookbooks of the 21st century. Drawn-out, overly personal introductions to recipes on food blogs are the target of plenty of Internet ribbing, but I can’t help but wonder if all of those personal anecdotes aren’t an attempt to recapture some semblance of these food-centric communities many of us don’t have. Maybe writing about food without writing about the context in which you eat it feels a  little disjointed, a little incomplete.

I think a lot of people have the same impulse that the women of St. James Church had to cement some sort of record of our everyday lives. These days many of us build our community online, and use virtual tools to solidify our legacy and make a communal impact. However, the Internet is a deceptively unreliable archive, and I suspect there’s some underlying anxiety about the flimsiness of our digital legacies, whether we’re posting recipes to blogs or sharing food photos on Instagram. Maybe the community cookbook will make a comeback — though it’s more likely to be a 99-cent Amazon Kindle purchase (or, if someone in your community is skilled enough, an app) than a comb-bound book ready to dispense knowledge and absorb spills.

A final aspect of community cookbooks worth noting is the “happiness recipes” that are usually featured. In these cookbooks, food and joy are inextricable. The combination comes into recipes in a very direct way. In one book, the introduction page for a section on casseroles contains this ditty:

In a great big mixing bowl

Then add a few ingredients

And lo! A Casserole!!

Beyond literal recipes for food, though, most of these books contain prescriptive “recipes” for happiness. Consider “How to Preserve Children.”

Mix the children and dogs well together and put them in the field, stirring constantly. Pour the brook over the pebbles, sprinkle the field with flowers, spread over all a deep blue sky, and bake in a hot sun. When thoroughly browned, remove and set to cool in a bath-tub.

I’m not a parent, but add “Apply glaze of sunscreen to children” and the recipe still seems sound. These “good life” recipes usually call for pinches of hospitality, a spoonful of friendship, a cup of a good night’s rest, and so on. Some are reductive, like one about a wife whose soul is dead because her husband never had her homemade bread. Still, the degree to which these cookbooks position food and its attendant rituals as the keys to happiness is remarkable. While I’m very ready to pursue some sort of legacy in public life, there’s something to be said for making a point of lugging out those big glossy cookbooks once in a while.

*The lime is actually lime jello. Also, the recipe calls for olives.

Lola Tillie is a history student. She is an adventurous eater, but she will not be attempting to recreate that salad.

1. We Did Good, Billfold
2. Question Wednesday
3. What I Learned From Five Years of Writing and Editing for The Billfold
4. How a Program Assistant Dealing With a New Paycheck System Does Money
5. Classic Billfold: What I Wanted From My Move to Portland and What I Got
communitycookbookscookingfoodmmmmm lime jello and olivesrecipes