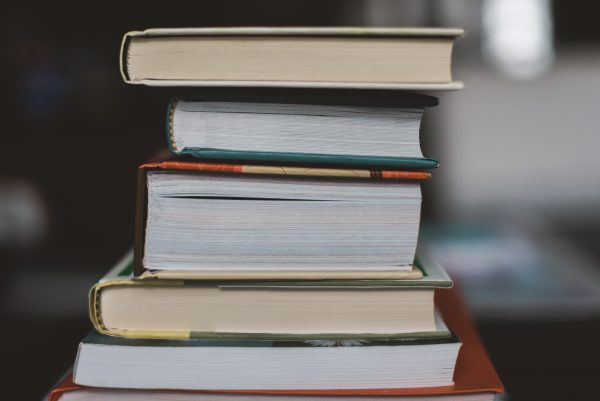 Yesterday, Billfolder Michelle Song asked me how I did it — specifically, how I found time for my own creative projects in addition to all of my work-and-life stuff.

Nicole — you’re kind of amazing. I have no idea how you get it all done. I have such a hard time carving out time and mental energy to write after working my 9-5. Tell us your secret!

I’m not sure I have a secret. I could give you some blather about how I eat the same foods every day or wear the same clothes, but that stuff is actually there to prioritize my work-work more than my creative work. I can get more freelancing done if I’m neither indigested nor hangry. (Also: not the same clothes. That’d be gross. But I do pick a shirt I like and then buy five of it.)

I’m also aware that, since I do not have a traditional 9-5 job (though I try to keep my freelancing work between those time boundaries), any advice I might offer might be discounted by people who will (correctly) argue that I don’t know what it’s like.

Except I did have that kind of job, once. I was an executive assistant at a think tank in Washington DC between 2007–2012, and during that time I put a song a week on YouTube for 100 consecutive weeks, played concerts up and down the Northeast Corridor, released a handful of independent albums, and was the organizing force behind the collaboration that became Mink Car Cover.

What I’ve learned since then is that projects work when they’re right. You can have an idea for a book or a song or a play or whatever, and you can sit down at your piano or your laptop and you can start noodling and drafting, and you can even tell yourself that you’ll spend 30 minutes a day on your project, or two hours every Saturday morning, and if the project isn’t right you won’t get anywhere. You’ll start making excuses to skip your time, or repeat the same lick on the piano over and over (that was me, a month ago, getting back into composing), and keep thinking that the project might go somewhere at some point… until you’re pretty sure it won’t.

I tried to write The Biographies of Ordinary People five times before I was actually able to do it. In between, I wrote a lot of other stuff — some freelance, some fiction, a novella about Disneyland that got rejected.

But the novella, for what it’s worth, felt right. It wasn’t just an idea that I tried kicking into an empty word processing screen, like “how can I write Anne of Green Gables but set in the time when I grew up” or “what if I did a portal fantasy except the heroine wants to bring the whole world into the portal because of climate change.” I don’t know what made the Disneyland novella different, because it also generated from that type of “what if” thought (in this case, it was “what if a group of friends came out of a Disneyland ride and found the entire park deserted”), but it somehow turned. Into a thing. That I couldn’t stop thinking about.

From there, it really is as simple as setting aside 30 minutes a day or two hours every week (which is basically how I wrote Biographies), and although I know you’re going to argue that some people can’t set aside that time, when you have the right idea you’ll find yourself working on it as often as you can. Taking notes in the grocery store aisle. Keeping your phone by your bed and dictating into it before you fall asleep. You’ll find plenty of writers and artists sharing stories of how they drafted their projects on the bus or in the 10 minutes before everyone else arrived at the restaurant or the meeting.

And sure, sometimes your right idea will turn into a novella that you aren’t going to show anyone because it’s no longer a sample of your best work, or 100 videos on YouTube that you hope people never rewatch because they’re so earnest they’re embarrassing, but it won’t feel like that in the moment. It’ll feel wonderful.

Plus, it’s all good practice for when the next right idea comes around.

So the question really becomes: how do you get those ideas? It’s every creative person’s LEAST FAVORITE QUESTION, and that’s probably because there isn’t a good answer. Having time to reflect, relax, hang out in the shower, go on vacation, etc. generally helps. Getting enough sleep is crucial for me, because my emotions go offline when I’m tired. But there’s no guarantee that any of the “what ifs” you collect in your ideas notebook or Google Doc (what, you don’t have an ideas notebook?) will turn out to be right.

This is where musicians have an advantage, because they can always grab their instrument and practice someone else’s compositions. The writer version is probably fanfic, and I have written before about how I couldn’t have drafted Biographies without all that time I spent writing How Wizards Do Money and How Gilmore Girls Do Money and How Muppets Do Money and How the Baby-Sitters Club Does Money for The Billfold. One of the reasons people sign up for writing classes or join writers’ groups is so they’ll have something to practice, even if they spend half their time grumbling about how they don’t like this week’s writing prompt.

But you need the practice — because when the right idea arrives, you want to have the skills to turn it into reality.

I first wrote about the “right thing” concept in 2014, for Boing Boing. I stand by it. If you want to get something done, it has to be something worth working on; not every idea is, no matter how hard you try. But the thing about the wrong idea is that you’ll stop trying, eventually — plus, you can use what you’ve learned when it’s time to work on the right idea.

I guess that’s my secret. Though I can’t be the only person who’s discovered it.

One more note: I’ll remind you that it’s been nearly two years since I finished writing The Biographies of Ordinary People. I told myself I would write another novel in 2018, and I didn’t, although I did end up writing Frugal and the Beast (a collection of short stories that is also The Billfold’s first book), and I’m going to say that counts. I keep hoping I’ll be able to write a new novel in 2019, but I’m pretty sure I don’t have the right idea yet. I’ll let you know if it happens.

Photo by Claudia on Unsplash.

1. We Did Good, Billfold
2. Question Wednesday
3. What I Learned From Five Years of Writing and Editing for The Billfold
4. How a Program Assistant Dealing With a New Paycheck System Does Money
5. Classic Billfold: What I Wanted From My Move to Portland and What I Got
advicecreativityin which I answer your questionswriting