How a Hospitality Manager Rebuilding Her Savings Does Money 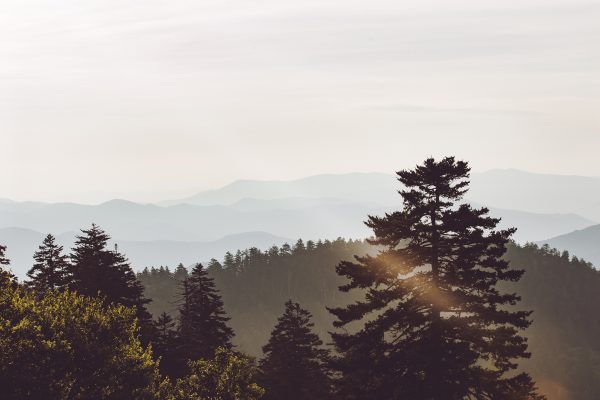 Lacy (not her real name) is a 28-year-old hospitality manager in Tennessee.

So, Lacy, how much are you making?

My base salary is $65K, supplemented by an annual bonus. I don’t know how much this bonus will be, but it can be up to 20 percent of base.

Have you gotten an annual bonus before, or is this your first year in the job?

It’s my first year in this job. My previous position did bonuses quarterly (and it was hard to not qualify) but this one is in rebuilding mode so I’m not sure how likely it is, or what percentage I’ll actually get.

I tried not to count on them before, and now I’m pretending it doesn’t exist until it actually happens.

There’s nothing like budgeting an extra paycheck that doesn’t come through. 😄

So how do you budget, then — and where does your money go?

It’s only recently that I’ve really been making enough to budget effectively, and only since I started this job that I’ve been able to budget with goals in mind.

I use a combo of Mint and spreadsheets for budgeting now, but it’s mostly in a hindsight way to see where I can tweak habits in the next week/month/quarter. It helps a lot that I’m making enough money to operate this way, too. I’ve used YNAB in the past when it was a “down to every dollar” scenario, but I find my stress is a lot less when I’m not micromanaging like that.

I was pretty much entirely broke from 19–25 and I have a lot of money anxiety from the debt I got myself into during that time. Plus side, I always have a pretty decent idea of what’s in my checking account and have no issue saying no if I really can’t afford things.

I live in a high COL city in a low COL state, so most of my bill money goes to rent (~$1,600). We moved for my job, so while my partner is job hunting, I handle rent but we split utilities. He buys most of the groceries just because it’s easier for him to get to the store mid-day.

I was unemployed for four months before we moved here, and it was a similar setup in the other direction while I slowly spent down the savings buffer I had built up.

How big was that buffer, and how much did you spend?

It was about $2,500, I think? I received a small unemployment benefit from the state I lived in that covered my car payment and my share of the utilities, but most of it went to groceries and helping with rent where I could since my partner is in an industry that doesn’t pay as well.

My unemployment stipend was less than $200 a week after taxes, so not much. I’m glad I was able to save even the little bit that I did before I lost my job.

And it’s a little bit in the face of unemployment, but I know I’m lucky to have had the privilege of even that. When I moved to my previous city, I had $250 and parents that were kind enough to add me as an authorized user on their credit card so I could float moving expenses until work reimbursed me for relocation.

That was kind of them. Also kind of your former employer to reimburse you for relocation.

Incredibly. I work in a pretty mobile industry, and my role is one that will always be in demand so employers are usually happy to provide a relocation benefit.

So now you’re in a new place, rebuilding your savings and budgeting towards new goals. What are those goals?

Yep! Rebuilding my savings and paying down debt. When I lost my job, I had to ask for a deferment on my student loans, which made me take an actual look at the numbers… it’s a lot, but again, I’m in better shape than a lot of people.

I’m starting with the Dave Ramsey/Debt Snowball idea — I should have $1,000 saved and my last credit card paid off by the end of the year, and then the focus goes to my car loan ($17K) and student loans ($38K).

The mid-term savings goal is $10K.

According to my payoff schedule (yay spreadsheets!) I should be able to pay everything off by 2024; if I’m aggressive about it I could do it by 2022.

Yes! It’s a lot, but once my partner finds a job I’ll be able to contribute more to it because I’ll have some more money freed up.

Although, we’ve been talking about getting married — not now, but in the next 3–5 years — and what those costs would look like, so who knows. Might take a bit longer than that.

Of course! The Billfold has helped me get so much more comfortable talking about money and facing the anxieties I have around it and I’m glad I found it.

I will ask, if you don’t mind answering — is the 3-5 year timeline just so you can save up for a wedding?

Haha I don’t mind! We’ve been together for 2.5 years, we adopted a dog together, and have moved long distance together twice so it feels like we’re in it for the long haul. Neither of us are in a rush to actually get married, but we’re having more and more conversations about what life would look like if we did. (I know, so romantic.) I think we’re much more likely to have a tiny wedding and take a vacation (our mothers would both murder us if we eloped) so it’s less saving up for a wedding and more daydreaming about something nice while the world burns down around us.

I’ve been trying to give more to charity where I can but it’s hard to know where to go because there are so many causes that need it right now and only so much of my money to give.

Very true. When I started my YNAB it asked me how much I wanted to set aside for charitable giving each month and I was like “I don’t know, there are so many options.” Which is not the answer to the question they asked, but still!

Yeah, there are endless causes that need a little of my time or money, but those are both finite resources.

I’m fully prepared to eat cans of beans heated over a trash fire once society collapses. I wasn’t a Girl Scout for nothin’!

I’ll go ahead and say that I am not yet prepared for that.

I’m not actually prepared for that but I can start a fire so I’ll be slightly useful.

I graduated high school into the thick of the recession, and like a previous Doing Money participant (the data scientist, I think?) there are things I have fully internalized coming-of-age during that.

Do you have that kind of stuff in your home/budget? Like, I had that earthquake bag when I lived in Seattle, but right now the only flashlight in my apartment is the one on my phone. I guess what I’m asking is whether you prepare for/spend on the stuff you might need someday, or whether you practice just-in-time purchasing.

Oh, I’m a just-in-time purchaser for sure. I lived in a hurricane prone area prior to this and had a go-bag in my car but forgot that I might want or need extra water until I was halfway to the place I was evacuating to last year.

I try to have some stuff on hand, especially with the dog — we have a small bag of his food hidden in the utility closet and a few gallons of water stashed — but I grew up in a heavily LDS (Mormon) area and my best friend’s mom was a Doomsday Prepper AND extreme couponer. They had multiples of everything to the point that they couldn’t park their car in the garage. I don’t have the mental or physical space to do anything like that.

Is there any aspect of your spending/budgeting that you’d consider atypical or unusual?

Not really? I think we all make decisions that fit our situations. I probably have some weird things (the hundreds of dollars I’ve spent on beer that I won’t drink for awhile because I’m aging it or my music equipment) that someone else would immediately tell me to cut out of my budget, but I wouldn’t remove it unless things got really dire.

Wait, tell us about the beer! Is it special beer? Or like everyday grocery store beer? How long are you aging it?

I love craft beer (sours and stouts, specifically) and local breweries are popping up everywhere. I have some bottles that are ready to drink; generally they age for a year or two. The flavor profiles change with age, different yeasts or hops or grain produce different things, and it’s just really cool to taste how it comes together. Also the brewers are generally really smart and fun to talk to… plus you get to drink beer. One of my favorites does a coolship method with a basis in Belgian beer — you gather the yeasts and microbes in the air and it changes some other parts of the beer. CHEMISTRY!!! SPONTANEOUS FERMENTATION!!!

It’s so interesting and I’m not nearly smart enough to explain it accurately, but I find beer much more accessible than wine… in the product and the people.

Excellent. And I think you explained it well enough!

My advice is to be kind to yourself. We’re all learning how this works as we go, and mistakes can be corrected. It might take some time, but you’ll get over the anxiety that doesn’t allow you to look at student loan balances (hi, self) and those numbers aren’t as scary when you know what they are and can make a plan. Building a community helps too, and I’m so grateful to the Billfold for helping me build my community.

If you’d like to be the subject of a future Doing Money interview, email nicole@thebillfold.com.

Photo by Sean Stratton on Unsplash.