A Friday Chat About Theater and Chemistry 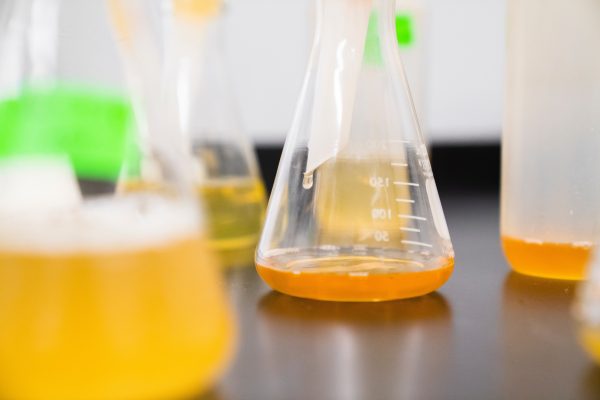 PROPICALSTORMALLIE: So, I’m dying to know: what kind of chemistry did you go into and what area of theater were you studying before the leap?

GEORGESSEURAT: I studied biochemistry in college, and I’ve moved firmly into the bio part of biochemistry — I study viruses now. I used to do lighting design in college. How about you?

PROPICALSTORMALLIE: I was studying environmental chemistry (my senior thesis was on aerosol particles and hygroscopic behavior by the ocean and stuff) and I was an organic chem TA, but I had been working for a cosmetology lab. My theater concentration was set design but I am now a props master for theater and opera. How did you decide which way to go??

GEORGESSEURAT: There were two major reasons for me, one was financial (good for The Billfold!) and one was more philosophical. I remember working in the design studio one day when a production class was going on and the professor said the average payment for an off-off Broadway lighting designer was $300 total — if they got paid! I realized that I didn’t want it badly enough to do all the hustle early on to fund the theater work. Philosophically, I liked the idea of lighting design at the top of the career ladder, but not the early work enough to stick with it to get there. I really enjoy the lower level lab work as well as the idea of the future career jobs, if that makes sense?

PROPICALSTORMALLIE: Absolutely!! I loved loved loved lab work. I loved when I was working in skin care — I made the same sunscreen 106 times with minor tweaks before I got to a finished product. I would batch anything if you let me. I loved testing everything and one of the labs I worked in I got to do quality control. If something didn’t pass, I had a big red REJECT stamp that I put on the paperwork for that raw chemical. It was amazing. However, I realized there was no way I could come up with the ideas to make new sunscreen? Like, I was not cut out to be a leader in chemistry. I’m happy to execute, but there was no way I could climb the ladder.

I also graduated in 2009 so my choices were fraught — the market tanked, no one could get any jobs at all. So like, if I couldn’t get a job, I figured I could at least really really love the nonsense I was getting up to. My parents live in a commutable area to NYC so I figured I’d strike out and see what happens? And I wound up doing those 500 shows off-Broadway (I turned down anything under that because… existing) which was totally soul-destroying. I would be in my little green 98 Saturn just crying in the Lincoln Tunnel because I was so tired from tech and hustling. I was SO BAD with money at that time and The Billfold definitely saved me. Question: did you ever do summer stock??

GEORGESSEURAT: No, I never did! After my sophomore year, I stayed at school to work in a lab, and worked on a few shows in the NYC Fringe Festival.

PROPICALSTORMALLIE: WAIT. When did you do Fringe??

GEORGESSEURAT: Yeah, I graduated in 2014 — it’s amazing how much of a difference those five years made with post-college opportunities, as a lot has been written about.

PROPICALSTORMALLIE: Also, just so you know: the numbers on off-Broadway shows have not really changed in 15 years? They were like $300–$500 then and the same now. My friends know they’ve made it when you can turn that down with my fave phrase, “I cannot afford to work for you, I’m so sorry!”

GEORGESSEURAT: That does not surprise me at all! Many of the people I worked with in college still do theater and they are still hustling/working jobs with fancy titles that they do not get paid for at all, and then having day jobs to pay the bills. I’m in graduate school right now, so I’m certainly not making much, but it’s still only one thing that pays me enough to live on. It’s always been interesting to me that both academic science and theater have this idea that you are doing your passion so they don’t have to pay you well.

PROPICALSTORMALLIE: Oh and it’s so terrible! I dated a grad student who worked/studied propelling spaceships and his research went places and did stuff, but he got paid so little to propel rocket ships! It’s insane – I think you really should be paying people who have the potential to blow up their labs/selves/the world. Like, science matters and you should get paid to make more science!

GEORGESSEURAT: 100 percent agreed — and with theater too! Some of the best, most meaningful theater I’ve seen recently has not been in a theater where they have a lot of money.

So I’m curious about what your experience in undergrad was like — everyone was so befuddled by me and my theater/chemistry interests. Neither department was ever happy that I had stuff to do with the other one — another reason I was so happy to just go have one job after college.

PROPICALSTORMALLIE: Oh gosh, I would say similar except for some very notable exceptions. People were like, Y U IN LAB? Y U IN REHEARSAL? Y???? I think the chemistry department was like, this girl has no devotion to science she will never make it here and the theater department felt the same, except for about my art. My chemistry advisor ran the aerosols lab I worked in and he was like, you have interests, you are smart, you should get high honors everywhere and do everything! He was a great cheerleader for me. (I could NOT get high honors in chemistry, I had some Cs and those are not honors grades, but I appreciate that he believed in me.) My lab advisor for orgo felt the same — her kid was in college for theater so we had loads to talk about while we were waiting for stuff to cook. As a woman, I definitely wasn’t taken as seriously in lab as my male counterparts, and most people assumed I wanted to go to medical school. If you meet me in person, this is beyond laughable, I should not be fixing broken people in any regard.

In the theater department, people thought it was a lark so when I went into it professionally, they were like, WUT. NO. HOW THOUGH? My advisor was a pretty famous designer and she totally believed in me, as did the TD. They were like, you will be fine no matter what you do. Chin up! The TD got me one of my big breaks at the age of 25, he worked for an opera and they had a sudden quitting in the prop department and it changed the trajectory of my career, so in some ways, in every way? I owe my career to school.

GEORGESSEURAT: Yes, I had the same thing in college where when I was in lab, I should have been in rehearsal and vice versa. My senior year, the thesis meetings in both departments overlapped, and they did manage to make it work for me, which was great. I was shocked in my senior year when people had started to talk about applying to graduate school in the chemistry department — I hadn’t ever considered that. I wrote off med school as an option early on because I liked doing too many things to try to get the grades I needed to be a good candidate. More school seemed terrible, so I started applying to various labs who were looking for research technicians, and got a great job offer that I took. Unfortunately, it was in a different city than my college, otherwise I think I might have kept doing theater on the side but I lost all my connections when I moved, and never put the effort in to get new ones. My mentors in that job were incredible — they really believed in me and I really improved as a scientist and found a field that I really loved, so I applied to grad school after two years in that job. Everyone at that job and my former professors in the chemistry department were really supportive of that and gave me lots of good advice. I think my theater advisor would have liked it if I stayed in theater-but I don’t really remember any specific conversations about that. I got my post-college job offer early in the spring semester so it was pretty clear what I was off to do!

PROPICALSTORMALLIE: It’s awesome that you had so many people cheering you on and that you found something you love!! It’s also cool that they let you overlap your theses. I spent the summer before senior year in my lab to do one semesters’ worth of work so I could wrap up in the fall. Just a quick FYI: my thesis was inconclusive, people need to study that more. I was only doing the theater thesis in the spring to get high honors. Right when I embarked on that I was like, It’s go time. I went to my advisor and was like, how am I supposed to get a theater job? Like, I had literally no idea how to do that. I hadn’t done any summer stock or anything so I was like, you just go make theater, right? Then it’s done? But no, that’s not how it works at all and I was already behind with deadlines and applications! I also didn’t have a portfolio ready to go or anything. It was just a wild gamble. It turned out pretty alright in the end, but my first three years in NYC were absolutely mad. I didn’t look back though, I have never considered changing careers or giving up. That might be stupidity or stubbornity, we don’t know.

GEORGESSEURAT: That’s awesome though! That’s sort of how I feel about science too — I really enjoy it, but the PhD life is definitely a grind at times, I’ll have to check in in a few years to see if I make it through. I do miss theater sometimes though, especially after I go to a show. The rush of doing theater and getting a show up and grinding through tech does not exist anywhere else!

Anything else we should cover?

PROPICALSTORMALLIE: Nah me, we ruled this, best chat of all time. Good luck with your PhD!! It’s so hard, but I believe in you!

GEORGESSEURAT: Thank you! It was great to chat with you!

If you’d like to be part of a future Billfold chat, please email nicole@thebillfold.com.

Photo by Elevate on Unsplash.

1. We Did Good, Billfold
2. Question Wednesday
3. What I Learned From Five Years of Writing and Editing for The Billfold
4. How a Program Assistant Dealing With a New Paycheck System Does Money
5. Classic Billfold: What I Wanted From My Move to Portland and What I Got
chatFriday chat