The Billfold
Not Andy

When Your Friends Share Their Streaming Accounts, Do You Need to Buy Your Own? 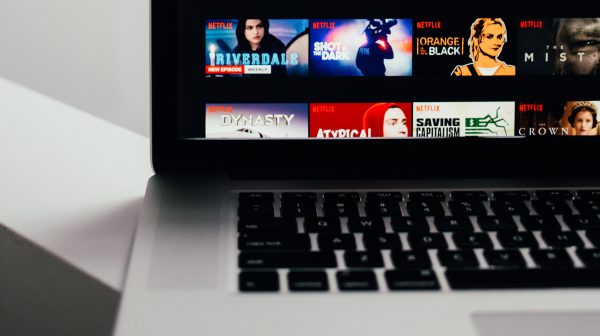 I don’t have subscriptions to any streaming services. I got HBO and Netflix guest account access when a friend shared his passwords after I went through a particularly bad breakup in the fall of 2014. Each time I go to Netflix I’m greeted by a pair of avatars and a question: “Who’s watching?” And I choose between “Andy,” the straight-faced sentry on the left, and “Not Andy,” a narrow-eyed someone who seems to have been caught red handed and mid-smirk. My cursor drifts always to that wryly smiling, semi-wicked visage on the right. Not Andy. Definitely not.

Here is a partial and by no means exhaustive list of all the television for which I’ve foregone social engagement so I can stay home and binge: Game of Thrones, Big Little Lies, Riverdale, Orange is the New Black, The Crown, Black Mirror, The West Wing, Stranger Things, Bojack Horseman, Unbreakable Kimmy Schmidt, Breaking Bad.

Currently I’m enjoying The Borgias, which is decent and fills the gap for tapestry and misplaced Britishism, and also watching Babylon Berlin, which is so exquisitely delicious I ration my enjoyment so as not to devour it in one go. Neither of these came from personal recommendation, but because some string of code drew them up on the basis of “Because you watched…” (I fear an algorithm may know me better than my friends. No, that’s not right. I’m satisfied that an algorithm knows me better.)

As for other content, YouTube puts up plenty, which would be enough to keep me entertained even if I didn’t have any guest access anywhere else. Old episodes of Julia Child, historical documentaries, instructional videos, and almost the entire canon of Mary Tyler Moore. I could pay for YouTube’s “premium content” but I have no interest in the expense, and even less interest in what passes for “premium.” (Sorry not sorry, Cobra Kai.)

It’s not just that there’s so much to watch, it’s that there’s so much to watch for free. I already have access to more quality programming than I could ever get to, or would even care to. The situation is sort of a reverse of the old conundrum. Instead of thousands of channels and still nothing good on TV, there are a handful of streaming services and literally billions of hours of fantastic options. None of which I pay for, or would even want to.

One interpretation of this philosophy is to read me as entitled, stingy, and stubborn, demanding yet unwilling to pay for quality. Another is to read me gracious and thrifty, of both my money and my time, happy to make do with what’s already there. Personally, I feel that shelling out the cash for subscriptions to additional services seems gluttonous when I’m more than likely to find something satisfying from the materials already at hand.

So, intrigued as I am by the The Marvelous Mrs. Maisel, I don’t order enough from Amazon to justify a Prime membership. And while Rick and Morty strikes me as exactly my kind of humor, I’m not about to spring for Hulu. Even with what I’ve got I’m intentionally sitting some things out. I doubt I’ll ever watch so much as a single episode of Parks and Recreation, even though Amy Poehler will for me, forever be the coolest of moms.

Of course that means lagging a cycle or two behind in pop culture (I’ve only just seen Black Panther) and sometimes absenting myself altogether from the conversation, both condemned and content to have some references forever pass me by. When I had told a guy I was dating that I thought I might treat myself to some ice cream, he stared at me with an intensity that struck fear into my soul and nearly shouted, “Treat. Yo. Self.” (“Yes,” was my bemused reply. “Yes, I think I shall.”) The relationship didn’t work out, though we didn’t break up just because I didn’t understand his gifs.

I do feel a little guilt that I pay nothing for content that’s expensive to produce. Isn’t that the exact same issue jeopardizing my own profession as a writer? But that guilt isn’t strong enough to hand over a sixteen-digit credit card number. And not spending money on streaming services allows me to feel just fine about spending money for pricier forms of entertainment, or at least to occasionally treat Andy to dinner as a thanks for letting me hack his accounts. Not to mention even without streaming there’s still plenty of podcasts, articles, webcomics, and radio that my entertainment needs are more than met.

And for those times that I still can’t seem to scratch that “dazzle me” itch? There’s books. Dozens of which every day are orphaned on the sidewalk. Recently I scored a copy of Patricia Highsmith’s The Talented Mister Ripley, which — without giving over too many spoilers — is a novel about a man trying to get as far as he can without having to pay for it himself. How appropriate.

1. We Did Good, Billfold
2. Question Wednesday
3. What I Learned From Five Years of Writing and Editing for The Billfold
4. How a Program Assistant Dealing With a New Paycheck System Does Money
5. Classic Billfold: What I Wanted From My Move to Portland and What I Got
medianetflixstreaming servicestelevision