What I’ve Learned From Fifteen Years in the Entertainment Industry 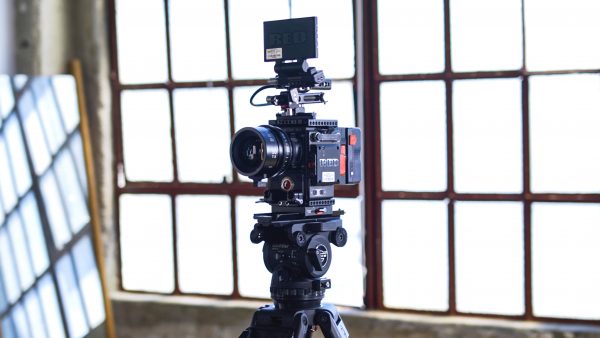 Photo by ShareGrid on Unsplash.

When I tell people what I do for a living, their immediate follow-up is: “Have I seen anything you’ve done?” I don’t begrudge this question — but I’m starting to find it exhausting.

My most well-known credits are from freelance work I did on an HBO television show and a major tentpole movie. I usually lead with these credits because people are likely to know what they are. They won’t know as much about the short films I’ve written and directed, or the commercials I directed for a corporate client, so I don’t mention them.

They also won’t know that I’m a writer/director/producer who runs a small production company. I’m a photographer, a coordinator, an editor, my own assistant, my own salesman, and my own accountant.

As someone who has been making media for almost fifteen years, I have not yet made a full-time living from my own creative work. I’ve always relied on day jobs and short-term freelance work to actually pay my bills, but I’m still holding on to the dream of figuring out a way to continually and consistently get paid for my creative work as a writer and director.

Living in Los Angeles and pursuing a filmmaking career means taking on different types of jobs, both related and unrelated, to get by. The side hustle you do to make money (barista, dressing as Batman for children’s birthday parties, accountant) is usually different from your creative passion (screenwriting, acting, producing).

The side hustle should be flexible enough for you to carve out time in a daily or weekly schedule to hone your specific craft: attending auditions, writing, developing relationships with other creatives and collaborating on creative work. Ideally, the side hustle is stable enough to bankroll your endeavors until you can make the switch to only being an actor, to only being a writer, or only being a producer.

So many factors impact that transition. Sometimes the work you produce opens the door to more work. Sometimes it’s the people you meet, if they are in a position to help you get a job you want. Sometimes it’s family connections. Sometimes — and this is the factor I’ve been thinking about more and more, as of late — it’s financial independence.

I’ve had many types of jobs, in all facets of the industry. I’ve worked in the marketing department of a major movie studio, I’ve read scripts, and I’ve worked as a development coordinator for an independent production company. I’ve worked on set in nearly every single role, from production assistant to producer. I’ve also worked in post-production as a visual effects coordinator/producer. My wide range of experience has taught me a lot about what I want out of my career, and given me the confidence to pursue telling my own stories. Each job helped me expand my network to include many smart, talented people — but they aren’t the type of people who could finance my work.

Along with my paying side hustles, I’ve intentionally invested time, money, and resource into making work “on spec.” I direct and produce what I write. I’ve been able to do this with careful planning, investment of my own money, and sweat equity (aka being willing to do a lot of work for free). More often than not, people are willing to trade favors or work for free on a production with the hope and expectation that the next time around, their work will be compensated. I’ve paid people out of my own pocket and never regretted that investment. I’ve also worked for free on many productions to help friends out with their projects, and to date, not one big creative paid opportunity has arisen from that work. Lots of potential gigs, but no closed deals.

The hope has always been that relationships built along the way would open doors to other opportunities, access to new work based on the quality of my previous work. I’ve seen those career opportunities materialize for a lot of folks in my sphere. While I’ve made quite a few relationships, and been able to turn those connections into a few freelance directing gigs and numerous producing/directing gigs, they have not provided a consistent income source.

Instead, my main income source for the past six years has been writing/directing/producing media for corporate clients. While client work has been a great training ground, it can also eat up a great deal of time — something that I desperately need in developing and cultivating my own longform work.

So I’m looking for other ways to make money that I can then use to finance my own projects. For the last four years, I’ve been concentrating on getting my current spec screenplays polished enough to take out to the market to get a sale. When someone likes your screenplay, they generally ask “what else do you have?” So it’s not just one screenplay I’ve been working on, its four.

I’m also thinking about my financial future. I started paying into a 401(k) when I was 24 years old at my first real job, stoked to have a decent employer match. When I left that company four years later, I knew the impact those early savings could have on my retirement. However, I also know I need to save more. I throw as much as I can into a Roth IRA every month, but I feel the pressure of knowing that it really should be more for my age. While I’d love to own a home one day, it’s not really even on my planning horizon (especially in Los Angeles) as I only have, on average, a month of runway for my expenses. I’ve managed to avoid debt, save a six-month stretch when freelance work was hard to come by, by keeping my overhead really low.

I did take out a zero percent APR card once, to finance a piece of expensive gear that was crucial to a production. While it was paid off before the card accrued interest, I’m always wary of using credit cards to finance any portion of my projects. This is why even though filmmakers I admire have made feature films on credit cards, and gone on to have careers, willingly putting myself in debt is something that I have refused to do — as much as I’d like to have finally made my first feature by this point in my career.

I’m mindful that every gear purchase, every business coffee date, and every investment into an unpaid project pushes me further from the financial independence I need to fund my own work. I also know that taking on too much client work will derail my goal of completing and selling my screenplays, but it tends to be a “when it rains it pours” situation when paying gigs comes my way — so I still say yes to nearly everything.

While my hope is that screenplay sales will free up my time and fund my filmmaking endeavors, I’m currently investigating other options. As someone who has done the hustle for the better part of fifteen years, I’m taking a hard look at how I can work smarter, not harder, as I plan out how to bring longform work to life. Despite what I learned in film school, I realize now that it’s not necessarily good creative work that will make me a living — which means that I need to start thinking about how to bring that work into the world in a way that makes sense for my particular circumstances, and gathering the resources necessary to make it sustainable.

It’s a trade-off, but one that I’m willing to pursue as I plan and strategize to bring good creative work into this world.

1. We Did Good, Billfold
2. Question Wednesday
3. What I Learned From Five Years of Writing and Editing for The Billfold
4. How a Program Assistant Dealing With a New Paycheck System Does Money
5. Classic Billfold: What I Wanted From My Move to Portland and What I Got
entertainment industryfilmmakingfinancial struggleslos-angelesmovies