The Two That Got Away 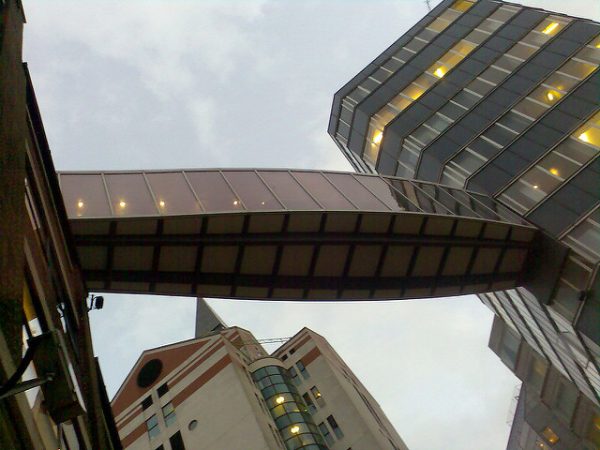 When I was facilitating a workshop at a women’s homeless shelter fifteen years ago, I gave my class participants an interesting assignment. “If you could do or be anything in the world, without any barriers, what would your life be like?” It was a simple question, but it opened a world of possibilities for the women. One lady raised horses, another lived in a beautiful house in Seattle, others had successful businesses, and some took the lessons that they had learned to help others. As they talked, I wrote down their dreams. The room was filled with smiles and laughter. On the following Saturday, I gave everyone a written copy of their dream. “Now that it is in black and white, all you have left is to do it.” Sometimes I wonder if any of those women realized any part of their dream. I would like to think that maybe one of them held on to that paper and it helped them to move forward in their life.

As I look at my own life, I ask myself the same question. If I won the lottery, or somehow received a large sum of money, and could do anything that I wanted, what would I do? The unequivocal answer would be to go back to school, after paying off my current student loan. Even though I have two degrees, there were another two degrees that I never completed. In 1982, I attended the Duquesne University School of Law night school with the dream of becoming either an entertainment or property lawyer. After the stress of holding down a full-time job and going to law school full time, I knew after the first semester that I couldn’t do both. There was no way that I could bring my C average up to a B average on the schedule that I was required to keep. My day began at 4 a.m., when I got up to study for an hour. I got to work at 7 a.m. and worked until 4 p.m. Then, I drove the 30 miles from Washington, Pennsylvania to Pittsburgh. If rush-hour traffic wasn’t too bad, I might have a few minutes to go to the library before the start of my three-hour class at 6 p.m. After class, I studied in the library until 10:30 p.m, stopped at the 24-hour grocery store to get dinner, and went home to study until I fell asleep at midnight.

But where would I be now if I had gotten that Juris Doctor degree? According to Indeed.com, the average salary in 2018 for an attorney in California is $92,335. But in Pittsburgh, the average pay for an attorney is $25.06 an hour, less than my current rate as a social worker. If I went back to law school now, I would want to go to a full-time, two-year program, instead of a three-year part-time program like the one I went to in Pittsburgh. But I don’t really want to practice law in my sixties. Maybe I could be a legal researcher. I definitely wouldn’t go back to Pennsylvania to be an attorney.

After my first trip to London in 1985, I wanted to return as soon as possible. I applied to the London School of Economics for entry into their Masters of Social Work program. I worked hard on my personal statement, reaching back to recollect everything that I learned about the Elizabethan Poor Laws in the seventies. It must have worked, as I was accepted in the program in 1986. I was even offered some financial aid with tuition, but not any help with expenses for living in London. Unfortunately, I couldn’t afford to go, and I have always wondered how my life would have changed had I spent two years living in London.

If I had a master’s degree in my current job, I would earn $10,000 more each year. That’s a lot of money, but not as much as it would cost to go to school in London. If I decided to get my JD degree, I could remain in California — but my MSW would have to come from LSE. If money were no object, I would go to London and get a nice little flat in Victoria, near the Station.

And if I were still lucid and literate after the four years spent pursuing those degrees, I would realize my ultimate teenage SAT dream — a PhD. I could get a PhD in Creative Writing and Literature from the University of Southern California. One year at USC at the graduate level costs $27,660 (15–18 units) and I would need 64 units to graduate, so I could spend my septuagenarian years in Southern California. Maybe I could be a legal or social work consultant on the side.

Afterwards, I would spend the rest of my days resting on my laurels, giving the occasional lecture to students curious to hear what this little old writer/social worker/lawyer would have to say to them.

But it’s highly unlikely that I will ever have the funds or the stamina to embark on any long-term educational adventures. In my sixties and seventies (and beyond), I hope to be able to travel and afford Road Scholar excursions. Still, like I told my students, it never hurts to dream. “Now that it is in black and white, all you have left is to do it.”

1. We Did Good, Billfold
2. Question Wednesday
3. What I Learned From Five Years of Writing and Editing for The Billfold
4. How a Program Assistant Dealing With a New Paycheck System Does Money
5. Classic Billfold: What I Wanted From My Move to Portland and What I Got
careerscollegedreamsgraduate-schoolschool