The Cost of a Traditional Wedding: The Engagement Phase 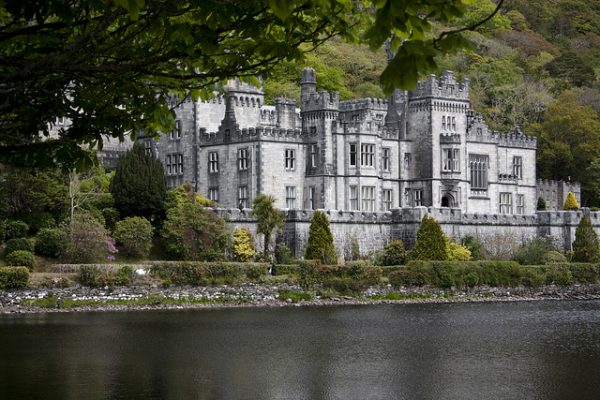 On July 10th, my boyfriend proposed to me while we were on vacation in Ireland. It was a beautiful proposal, but once the initial euphoria wore off, my brain immediately began calculating the expenses associated with planning a wedding. At the time of this writing, we’ve been engaged for a little over one month, and here is everything we’ve spent so far:

Engagement ring: $171. I’m a middle school librarian, so it’s only fitting that a nerdy 13-year-old library kid picked out my engagement ring. A few years ago, my boyfriend visited me at work and this student sat him down, showed him a photo of a Harry Potter Golden Snitch-inspired ring, and insisted that he buy it for when he eventually proposed. When my boyfriend laughingly relayed this conversation to me, I told him that the kid wasn’t wrong. Two years later, he bought the ring online for $159, plus $12 to get it engraved.

Kylemore Abbey entrance fee: $0 (Normally $29). Kylemore Abbey is a gorgeous Benedictine monastery in Connemara, built in 1868 by Mitchell Henry. The story goes that he and his wife, Margaret, honeymooned in the area and fell in love with it, so Mitchell purchased land there to build Margaret a castle. We got free admission to the site because the Irish Studies department of my fiancé’s alma mater is renting a portion of the Abbey, and he was able to pull some strings to get us a free tour. After the tour, he discreetly told our guide that he was going to propose, and our guide stealthily snapped a few photos and brought us some celebratory champagne.

Kylemore Abbey gift shop: $65. To commemorate our engagement, we went a little wild at the gift shop. Clearly, everyone we know needs soap made by nuns and chocolate that looks like sheep.

Church fee: $450. We initially thought it would take a lot of time and effort to lock down a wedding venue, but we both had deal breakers that really narrowed down our choices. I wanted to be married in my hometown because I have elderly relatives who would have difficulty traveling, and it was important to my fiancé that we have a Catholic ceremony at a church. With those parameters, we found a venue pretty quickly. This location has a church for the ceremony and a courtyard for the reception, and compared to other spaces we looked at, it’s very reasonably priced. It took a lot of back and forth to set a date — I originally wanted a July wedding because I have summers off, but there were no summer dates available — but we eventually settled on October 5, 2019. There are a lot of costs associated with the venue, but at this point we’ve only had to pay a $450 “consideration fee,” which also serves as our deposit.

Save the Dates: $30. We opted to use Paperless Post for our Save the Date cards to save some money. After making our first pass at a guest list, it looks like we’ll probably have about 200 guests, and when you’re dealing with numbers like that, everything adds up. I looked at a few companies that make physical Save the Date cards, but even the cheapest I found were around $1 per card, plus the added expense of postage. We really didn’t want to spend $300 on cards that just tell you to expect another card in a few months, so we thought that emailing them would be a better value. Paperless Post does have free cards you can use, but we sprang for a slightly fancier backdrop.

Total so far: $716. We know we’re only at the beginning of the wedding planning journey. It’s difficult to wrap my head around spending so much money for a single-day event, but it’s important to us and our families that we have a (fairly) traditional wedding, so the expenses will inevitably stack up. We will have some financial help for the wedding from our families, but the majority of costs will come out of our savings. My fiancé and I both work in education, which means that we’ll be walking a very fine line to pay for our wedding without damaging our financial future. We’re just hoping we’re up to the challenge.

Jenny is a school librarian who lives in Oakland, California. She’s trying to convince her fiancé that Slytherin colors would be perfect for fall wedding.

1. We Did Good, Billfold
2. Question Wednesday
3. What I Learned From Five Years of Writing and Editing for The Billfold
4. How a Program Assistant Dealing With a New Paycheck System Does Money
5. Classic Billfold: What I Wanted From My Move to Portland and What I Got
relationshipsweddingsyes that is a photograph of Kylemore Abbey isn't it gorgeous