Financing My Boyfriend’s Dream With My Own 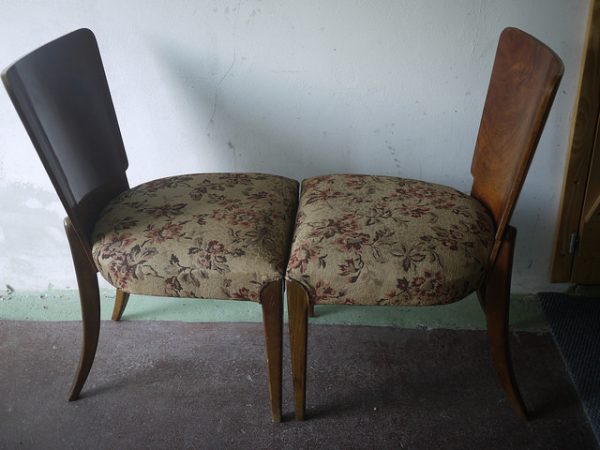 We both knew it was coming. My boyfriend’s 9-to-5 company had been shedding employees for months, and it was now his turn to clean out his desk and pick up his last paycheck.

“What am I going to do?” he asked when I came home from my own job. I said something forgettably encouraging, mostly because I was wondering the same thing.

I’ve always been the luckier one in our relationship when it comes to employment. I found a job in an industry I love a couple years before we met; I started at a respectable after-college salary of $39,000 and have been eligible for incremental merit raises each of the six years I’ve stayed. Although I haven’t had to put myself on the Freedom of Information list of public employees who make over $50,000 in our city yet, I’ve been plenty comfortable, especially on non-profit money.

Even when he had a full-time salaried position in a for-profit company, my boyfriend made $10,000–$15,000 less than I did. Which, honestly, never bothered us. When we first moved in together, our expenses were pretty straightforward. We split rent 50/50, mostly because it was absurdly cheap; $450 per month for a converted attic in a suburb of the city where we both worked. I took care of the utilities, and we traded off paying for food and fun stuff, him letting me know when he was getting close to the wire. He made steady payments on his student loans and took care of our frequent treks to Aldi (we love their store-brand wine). I tended to pay for things that needed a larger up-front cost, like when we had to suddenly find a new apartment after the house we were renting a room in got sold without warning.

But his layoff changed all that.

After a couple days of well-deserved moping, my boyfriend brightened a little. He had always hated his office drone position. This could be his chance to find something he really believed in.

And I meant that, 100 percent. But my support lived alongside a growing panic, fed by flashbacks of my mom supporting us on her school-teacher salary while my dad went back to school but couldn’t find anything with his new certification. I grew up tugged in two different directions: “Let’s live a little!” and “We can’t afford that.” It made me an anxious child, worried about asking for anything and dreading the fights that could break out if I did.

I never realized how much that had affected me until my boyfriend’s dilemma. By this time we were in a much more expensive apartment, and I was paying $700 a month compared to his $300. This was still very fair, but it gave me a lot less wiggle room within my own paycheck. All the salary things I liked about my semi-government employment — automatic enrollment in the state pension system, good health insurance for $30 per pay period, deferred compensation options I could use for retirement savings that didn’t depend on the stock market — suddenly became biweekly burdens on my take home pay that I didn’t know if I could afford anymore. My newly discovered love of Instacart, including huge tips for whoever had to schlep cases of diet soda up our three flights of stairs, became an indulgence instead of one of the vital ways I helped manage my clinical anxiety and depression. And my best friend had just sent us the official invitation to her wedding, five states away.

All of our everyday expenses snowballed in the brain I can’t stop from calculating worst-case scenarios, and I kind of freaked out.

I tried not to let my boyfriend see that. I tried so hard to hide the resentment and worry I felt whenever a joint expense came up. But he knew. Therapy has taught me it’s not good to hide emotions, and it’s not like I was great at that in the first place. We fought; he said I was giving him mixed messages, and I cried a lot because he was totally right but I didn’t know how to fix it.

When he was offered a paying position with the political non-profit he’d been volunteering with for the past year, it seemed like the American Dream had dropped into our laps. My boyfriend would get to do what he loved while earning money for it! It was less than he’d been making before, but somehow knowing he was getting paid to advance his beliefs made it fine with me. For the first time since he’d graduated college, his work gave him a purpose. A purpose that helped my own bank account actually move forward instead of jog in place.

But over the past couple months, things have soured.

My boyfriend has become disillusioned about getting anything done in his position. He’s not officially on any payroll, which means that when the donation money runs out, he doesn’t get paid. His boss is stuck in the past, local politics are too entrenched to change like we need them to, they can’t afford the versions of the software they need, nobody actually cares even though everybody says they do.

I want to tell him I can’t live with this uncertainty. I want to move on; I want to to able to quit my own job because hey guess what, it sucks too, and I want to focus on my last semester of grad school without worrying that I’m going to get fired. I want the time to find my own perfect path, and you’re robbing me of that.

But I also want to tell him I’m sorry. This sucks. I can’t imagine how much stress this puts you under.

I want to tell him take your time. I can float you months of searching, weeks of wondering, days of dead ends that let you come out of them with a clear vision of what you want to do next. Finding any job takes an enormous amount of luck as well as skill — let me give you as much help as I can.

I want to tell him that I’ll take care of everything. Don’t worry.

Right now I’m stuck. I don’t know what’s going to happen at the end of this month, which is when my boyfriend’s position is supposed to run out of funding. I don’t have any solution to our issue, which makes every day I don’t like my own job that much more stressful. We’ve talked about it endlessly, coming to no conclusion whatsoever. For now, like my boyfriend’s career, we are in limbo, waiting for when we next need to react. We can’t really afford to be proactive at this point.

Anonymous works in a public library in the Deep South. She also writes fiction and takes naps with her puppy.

1. We Did Good, Billfold
2. Question Wednesday
3. What I Learned From Five Years of Writing and Editing for The Billfold
4. How a Program Assistant Dealing With a New Paycheck System Does Money
5. Classic Billfold: What I Wanted From My Move to Portland and What I Got
financial struggleslayoffsrelationships