Financial Struggles of the Unemployed Me 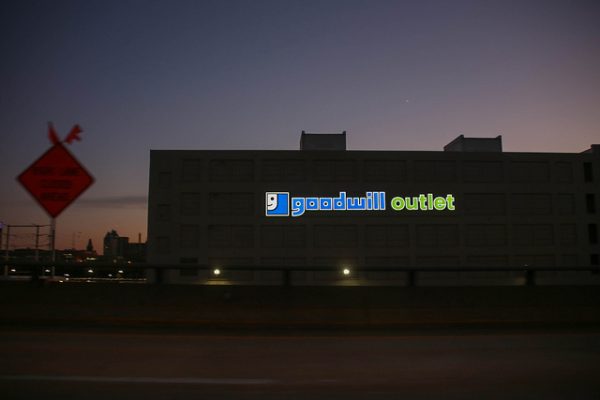 The situation seemed familiar at first.

My usual life was to work long hours for months on architecture projects; then I’d be out of a job for a short time until another gig popped up. I’d do some home remodel projects, go on trips, sleep a lot, then jump back in. I liked the pace and the long down times.

But this time, it was different. Six months after my last job, there was still nothing on the horizon. I started looking for odd jobs I’d done in previous slack times: catering, small construction projects, upholstery. There weren’t any. I scrubbed my resume down to a nub, wore jeans and tennis shoes, then interviewed for a clerk job at Home Depot, as a part-time bus driver, as a homeless shelter manager. Hey, I was going to be homeless myself soon if this didn’t change. Be upbeat! I reminded myself. Smile. You can do this! But, nothing.

Always frugal, I had to get into high gear now. First economy: utilities. I turned off my heat and huddled in one room, remaining in bed as much as possible to stay warm. I started showering alternate days. When I did shower, I’d put a 5-gallon bucket in the stall with me to catch run-off water, and use that to flush the toilet. I joined a gym class at the local community college, which meant unlimited showers and a warm place to hang out during the week, at least while I was enrolled. I gave up cable and internet, newspapers and magazines, instead going to the library to get online, to read, and to check out books I could no longer afford to buy. Plus, it was warm there.

A few times, I was able to rent out my house for the weekend to make money, during which time I’d stay with friends or sleep at a campground.

But I was still bleeding money. I gave up driving (I had more time to walk, anyway). Haircuts were only before I had a potential job interview — not very often. I started looking for free conventions and product rep lunches, where I could meet potential employers and get some free food.

Food. It hurt me to pay for it, since it would disappear so quickly. I discovered the local food bank. At first the prospect was horrifying, and I worried over whether I’d see my fate reflected in the faces of the more regular visitors — or whether I’d end up fighting with them over a crust of bread. Plus, I really didn’t want to eat canned peas and carrots. But the actual experience was fine. Often there were bruised but fresh vegetables (thank you, Trader Joe’s, for your largesse), which others didn’t seem to want. I got boxes of berries (picked out the bad ones), old artichokes (with good hearts), day-old artisanal bread, and gourmet soups — things I might never have tried on my own, either because they were too expensive or too strange. It started to become enjoyable, like Christmas morning every week, to see what would be there and to think how I could make it into something edible. Lots of soup. I think I actually was eating healthier, albeit spending a lot more time soaking beans and cooking.

When I was coming up on four years unemployed, I didn’t even have many clothes anymore. I discovered the Goodwill “Outlet Store.” It’s the last purgatory where unsold Goodwill items go before they disappear forever. Most things are $1.69 a pound. I found socks, underwear, shoes, towels, sweaters, and lots and lots of cast-off designer clothes. Sometimes things needed a tweak (lost button, hemming) but they were so cheap! It was like the gleaning at the food bank: much better than I ever thought it could be.

These small joys were like playing God, fashioning something from dust, spinning gold from nettles. The hardest part during this period was psychological. I gave up meeting friends for coffee, as I couldn’t afford Starbucks. My friends had jobs, and I would find myself thinking how unfair it was — I could certainly do what they did, if I had a chance. It was hard not to become resentful. I applied everywhere I could, paying special attention to my attitude, my dress, my manner, so I would not come across as stuck-up, desperate, quarrelsome, insipid, or uninformed. After one interview that went poorly, I noticed afterwards I had a stray eyebrow hair sticking up. Oh, so THAT’S what tanked it. I was constantly second-guessing myself, trying to figure out what I was doing wrong.

I had applied to one agency 29 times, for various positions. I saw another position that I was the least qualified for of all of them (incidentally the highest-paid, too), but since I had a resume ready to go, I sent it in. After 4.5 years of applying to hundreds of places, I finally got a job! The relief is indescribable, but the scars are still there. I was initially too timid at work, afraid I’d lose my job. My retirement fund no longer exists. Some friends are no more. And I still practice some of my former economies, like going to the Goodwill for all my clothes.

I made it through the battle, very scarred but stronger in some ways.

D.A. Dore finally landed a job in the construction management field. Now she can eat!

1. We Did Good, Billfold
2. Question Wednesday
3. What I Learned From Five Years of Writing and Editing for The Billfold
4. How a Program Assistant Dealing With a New Paycheck System Does Money
5. Classic Billfold: What I Wanted From My Move to Portland and What I Got
financial strugglesjobsunemployment