An Open Thread About Tipping on a Muffin 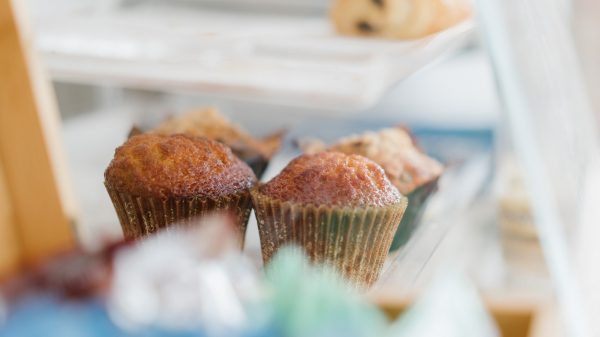 Photo by Kody Gautier on Unsplash.

The hot personal finance discussion on Twitter this week was all about a WSJ article titled You Want 20% for Handing Me a Muffin? The Awkward Etiquette of iPad Tipping:

Susan Randall, a 49-year-old private investigator in Burlington, Vt., says she will tip for stellar service, such as “a little heart on my latte,” but that she is surprised by how often the iPad tip prompts appear—and by the suggested amounts. “You buy a muffin, and you tip the person who carried it 14 inches from the case to the counter? Please.”

The article notes that some counter service staff also dislike these tip prompts, especially when they have to explain to a confused customer why the iPad is asking them to tip on a muffin pulled out of a display case.

Johan Velez, a clerk at Squeeze, said he can’t stand to watch the ritual play out. After he turns the tablet around to the customer, he averts his eyes.

I don’t know about you, but I’ve also received the tip prompt for items I have carried to the counter myself (bottles of water, bananas). I always tip because I figure I can afford to support servers, but a lot of people are internet-angry that they are being nudged to pay extra on these kinds of transactions, especially because we used to be able to drop some loose change into a coffee can with the word “TIPS” taped to it and call it fair. Another group of people are even more internet-angry that the first group of people aren’t willing to give an extra dollar or two to low-wage workers, and a third group of people would like to remind everyone that Square takes a cut of all of these tips so it has an incentive to make us pay as much as possible.

So let’s open the thread and discuss whether you’re happy to pay a $1 tip on a $5 muffin that a server moved 14 inches — and whether you always pick the middle option when they swivel that iPad around, even if it’s more than you wanted to tip.

1. We Did Good, Billfold
2. Question Wednesday
3. What I Learned From Five Years of Writing and Editing for The Billfold
4. How a Program Assistant Dealing With a New Paycheck System Does Money
5. Classic Billfold: What I Wanted From My Move to Portland and What I Got
foodfood-servicerestaurantstippingtips