A Year of Unpaid Maternity Leave 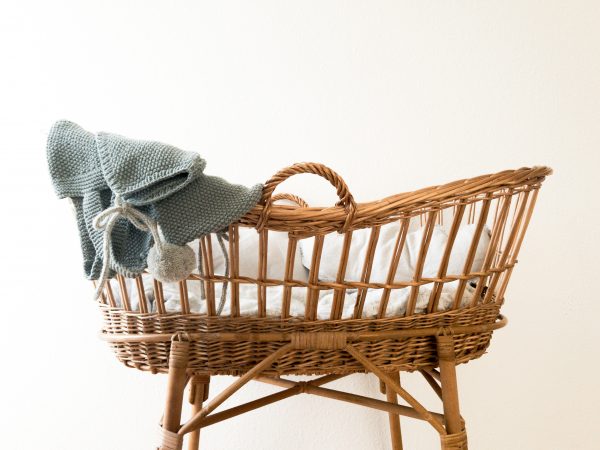 Photo by Nynne Schrøder on Unsplash.

When I got pregnant I knew that I wanted to take a year off to stay home with the baby. I live in New York, but I’m Canadian, and taking a year felt like it was honouring my national heritage (Canada has recently changed the rules and now lets new parents take 18 months of leave!). I work for the New York City government, which allows parents to take up to 48 months off after the birth of a first child and 36 months for subsequent children, and have their job (or a comparable job in the same civil service title) held for them, so the time wasn’t something I had to negotiate with my employer.

None of this leave would be paid, though. Starting in 2016, New York City introduced six-week paid parental leave for its non-unionized workforce — but I’m a union member, so that didn’t apply to me. It seemed outrageous, or at least counterintuitive, that non-union workers would get this benefit first, but part of this was because the city could give this benefit immediately to non-union workers without having to wait for contract negotiations with the union. Then, in January 2018, New York State mandated eight weeks of paid family leave, going up to 12 weeks by 2021, which also didn’t apply to unionized government employees. (While I have been on on my maternity leave, the union (DC37) negotiated a new contract that includes 10 weeks of family leave, starting in 2019 — so there’s at least some progress.)

The only paid leave available to me was a short-term disability payout from the union of $200/week for eight weeks, minus whatever sick time I had accrued, so a few weeks after my daughter was born I got a check for ~$1,400. I also got paid out for about two weeks of sick time, vacation time, and comp time that I hadn’t used, so I got basically an extra paycheck. Other than that, this is a year of unpaid leave. (And when I say this year, I mean, essentially, 2018. Our daughter was born mid-December, so I got paid through the end of 2017. I’ll go back mid-December 2018, but won’t get paid until January.)

My husband and I — we do money pretty much jointly — knew that we could handle the drastic income reduction, but we did the math to figure out how much it was going to cost us. We kept precise track of our spending for six months in the middle of 2017 to figure out our expenses, then added some additional expenses like diapers, predicted that we’d reduce spending on going out, and estimated that we would spend about $10,000 more than our household take-home pay (i.e. my husband’s income, since I’d be on leave) in 2018.

We looked each other in the eyes, said “this is what we have savings for” and “we’ll never get the opportunity to take this much time again” and “this is important” and “this will be okay.” We moved $10,000 from savings into a pay-for-this-year account, and set up monthly disbursements into our checking account. We decided that we’d each get an allowance of $75/week or $300/month to spend on anything we wanted, but that would have to cover lunches out, beer, movie tickets, clothes, books, hobby supplies, magazine subscriptions, gifts, and so on.

We set up Mint to keep track of our ongoing spending, which is mostly great but requires consistent manual re-coding of purchases into our allowance categories. (Anything from Amazon gets coded as “shopping,” for example, which is 100 percent useless as a spending category.) We’ve mostly managed to stick to our grocery budget, our allowance budgets, and our baby stuff budgets, but there have been three huge hits to our finances that caused us to spend way more than my husband’s salary and the extra $10K we set aside.

The first and biggest hit was health insurance. Under my union’s health care plan, I paid $0 in premiums to cover the whole family, and he got money from his job for not taking their health insurance. I only got to keep this insurance for the 12 weeks of my leave that were covered by FMLA; after that, we had to move to my husband’s plan (turns out the generous time allowance offered by NYC is really only viable if you have an employed partner). The least-expensive plan through my husband’s work is about $6,000/year, and he doesn’t get the approximately $3,000 in buyout, so health care alone is a $9,000 swing in our income. This we knew about and took into account before the year began.

The second biggest hit was the time my husband took off work. His office offered six weeks of paid leave at about half-pay, which he took right after our daughter was born, and another six weeks unpaid that can be taken as intermittent FMLA, and he is using all of that leave. There may never be another opportunity to take so much time away, and it also seemed important to take all the leave offered and set a good example about work-life balance and engaged fatherhood. We didn’t properly calculate this loss of income when looking at the year ahead, though — which is part of why we overspent our budget.

The third hit has been travel. We haven’t had a lot of cash flow this year, but we have had time, and we really wanted to make use of that time go visit friends overseas. In July we spent two weeks in London and Denmark, visiting friends and their kids (and disbursing “Immigrants Make America Great” toddler T-shirts and onesies), and in August we spent two-and-a-half weeks in Vancouver and Toronto visiting my family and going to a wedding. Since we stayed with family and friends, the Canada trip only required us to cover airfare, and we used points for half the flights — but the European trip was expensive. We paid extra to reserve seats on the plane, stayed in an airport hotel when we landed in London at midnight, rented an Airbnb in our friend’s upscale London neighborhood for a week, took cab rides to almost every airport we went to, bought a lot of food out, and never figured out the Danish Kroner to U.S. Dollar exchange rate. We did, however meet three babies and two toddlers belonging to people we love, put our infant in a cargo bike in her carseat and cycled through Danish forests, drank beer in bars and breweries that had high chairs (!!!), and watched the World Cup in three different countries. In addition to these big trips, we’ve spent a handful of weekends away from New York City, including a spontaneous four days in the Catskills over Labor Day, which cost us nearly $1,000 in a car rental and our share of the cabin and groceries. We didn’t have a set travel budget for any of this, which means we just booked things that felt the most reasonable given the options, and said yes to friends who took the lead on planning.

All of this means that we’re on track to spend closer to $20,000 over our take-home pay this year, not because of any radical misjudgment about what the year would cost, but because we didn’t actually add up all our expenses or set a travel budget. We have the savings to cover it, but it’s still a lot.

However, it looks like we are going to have much more money next year, despite daycare costs. My take-home pay will be almost twice what daycare will cost, and health insurance will be free again; I will have no vacation days when I go back and they accrue so slowly that we probably won’t do much travel. We’re also very close to Public Service Loan Forgiveness (if it actually exists) and my husband no longer being required to contribute to his pension, both of which will increase our cash flow. We are planning on living within our means again, paying back some of our spent savings, ratcheting up our deferred comp contributions, and saving for kid-related expenses in the future, like lessons and summer camp. We’ll also probably buy some things we’ve been putting off, like new clothes and some furniture.

In addition to having an income again, I’m also looking forward to going back to work. I’m getting excited about wearing grown-up clothes, commuting by bike, going to meetings, crunching data, writing reports, and chatting with coworkers. A year is a long time to be away from a workplace, be away from adult life, be away from earning money. Still, I’m grateful that, through the combined luck of my job’s policies and the privilege of having being able to build up ample savings, I’ve been able to take extended time off to care for my baby, and I truly wish that this much time with a new kid could be available to anyone who wanted to take it.

Dory Thrasher has a PhD in Urban Planning and works as a researcher for the New York City Department of Social Services (everything she writes here is her own experience and opinion and in no way represents DSS). She makes quilts, reads books, yells about inequality, and runs marathons. She lives in Brooklyn with a handsome bureaucrat and a small baby.

1. We Did Good, Billfold
2. Question Wednesday
3. What I Learned From Five Years of Writing and Editing for The Billfold
4. How a Program Assistant Dealing With a New Paycheck System Does Money
5. Classic Billfold: What I Wanted From My Move to Portland and What I Got
maternity-leaveparentingthe-cost-of-thingsunions