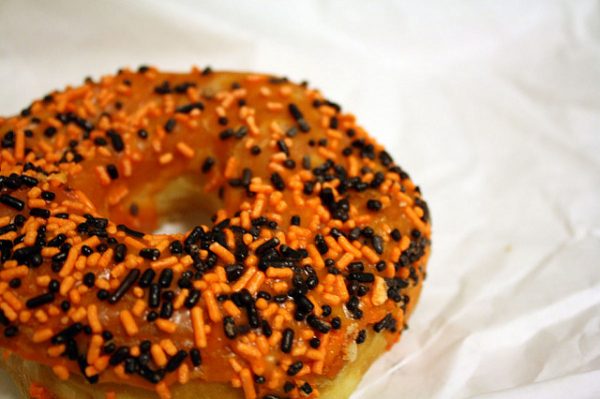 NICOLE: So I had this shower thought.

NICOLE: It’s about the sandwich metaphor. And whether I should buy a DVD player.

NICOLE: Yes, and you know that. Let me get to my point. So when we were talking about whether we’d like a new shirt now or a fancy sandwich later, or whether we’d rather have a new dress now or retire a day early later, it made me think about how those kinds of savings don’t compound.

NICOLE: Of course they compound. The magic of compound interest!

NICOLE: Not that kind of compound. Also, interest rates are crap.

NICOLE: Benjamin Franklin would be weeping behind his bifocals.

NICOLE: But think of it this way. Let’s say I tell myself I won’t buy this DVD player — sorry, optical disk drive — because I’d rather save $30. And then next week I decide not to buy a ticket to… wait, what movies are in theaters right now?

NICOLE: I have no idea.

NICOLE: Gah, we’re getting old. Anyway, I don’t go to some movie that I’ve never heard of because I’d rather save $15. Here’s the question: how much money have I actually saved?

NICOLE: Well, no, but… it’s still in my checking account, right?

NICOLE: If that’s the way you’re thinking about it, then the $30 you didn’t spend on your optical disk drive is in fact still in your checking account. But the $15 you didn’t spend on the movie ticket doesn’t get added to the $30. It’s part of that same $30. The savings aren’t compounding.

NICOLE: Okay. Let’s say you have a donut. On Monday, you tell yourself you don’t want to eat the donut because you’d rather eat it Tuesday. On Tuesday, you tell yourself that you might eat half the donut, but then you decide not to because you’d rather save the whole donut for Wednesday. Does saying you don’t want to eat half the donut on Tuesday spontaneously generate another half donut?

NICOLE: Is this like the bellhop riddle? Because I’m not sure I understood that one either.

NICOLE: Look. I’m just saying that unless you take the money you tell yourself you’re saving by not buying stuff and put that money, every time, into your savings account, it won’t compound. You’ll spend the entire month telling yourself that you’re saving $30 by not buying this thing and $15 by not buying that thing and $5 by buying a protein bar and getting cash back instead of paying ATM fees, but what you’re really doing is telling yourself you’re not going to lick the same donut.

NICOLE: But I’ve made my point.

NICOLE: I don’t think your point holds up. Sure, not all of us are going to stick everything we tell ourselves we’re “saving” into our savings account, but we’ll still end up with more money in our checking account if we buy less stuff. That’s how money works.

NICOLE: If that’s what you believe, I’ll leave you with one more thought experiment: if you skip your daily $5 latte for a month, how much will you save?

NICOLE: DO THE THOUGHT EXPERIMENT.

NICOLE: I hate your shower thoughts.

If you’d like to be part of a future Friday Chat, email nicole@thebillfold.com.