A Friday Chat About HSA Reimbursements 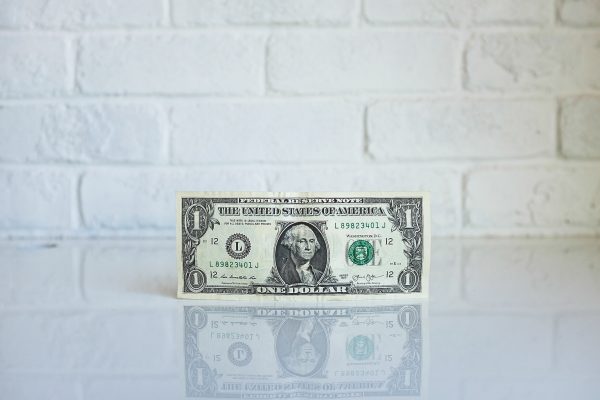 Photo by NeONBRAND on Unsplash.

NICOLE: So… you remember that riddle about the hotel and the bellhop, right?

NICOLE: Yeah. Three men go into a hotel, the clerk charges them $30 so they each pay $10, then the bill turns out to be $25 so the clerk gives the bellhop five $1 bills and tells him to reimburse the men. Wait — why do they have to be men?

NICOLE: So the riddle where the doctor is the boy’s mother will work.

NICOLE: Except from the clerk’s perspective, each man paid $10, or $30 total. They actually owed $25, so he gave them $5 back. Every dollar is accounted for.

NICOLE: Can we talk about my HSA now?

NICOLE: Okay. So I requested a $59.22 reimbursement from my HSA. Their records indicate they sent me $59.22, but my bank account showed that I only received $16.62. I called customer service to ask about the discrepancy, and learned that they’d subtracted my most recent $42.60 contribution from the reimbursement request. Which is a jerk move.

NICOLE: But why? Every dollar is accounted for.

NICOLE: Because I was supposed to get $59.22! All that money belonged to me! Fair and square!

NICOLE: But from the HSA’s perspective, you put in the reimbursement request for $59.22 and then gave them $42.60. Why should they give you the entire $59.22 back, since you’d already indicated you wanted to give part of it to them?

NICOLE: Because that’s different money! The $42.60 is tax-deductible money that goes into my HSA and stays there until I either receive reimbursements or retire! The $59.22 is a reimbursement for qualified medical expenses that I paid out of pocket! It’s like a credit card company telling me they aren’t going to process the refund from an outfit I returned to Old Navy because I just sent them a credit card payment and the two amounts cancel each other out!

NICOLE: That’s not even remotely the same thing. Also, you really have to stop buying Old Navy clothes.

NICOLE: But I have so much Super Cash!

NICOLE: We’ll discuss that later. So you feel like you were cheated out of money that should have gone into your bank account, because your HSA took your contribution and credited it against your reimbursement.

NICOLE: THAT IS EXACTLY IT.

NICOLE: Why don’t you just subtract the money you should have gotten in the reimbursement from your next HSA contribution? Since you contribute 5 percent of every paycheck to your HSA, just make your next contribution 5 percent minus $42.60.

NICOLE: That still doesn’t work in my favor. I’m going to max out my HSA this year, so subtracting $42.60 now doesn’t change anything. My HSA will still get $3,450 total, regardless of when I make the contributions. Meanwhile, I’ll be out the $42.60 that I should have received.

NICOLE: You’re thinking of it the wrong way. Like the riddle. Every dollar is accounted for.

NICOLE: NO IT IS NOT.

NICOLE: Let’s ask the commenters what they think.

Nicole enjoys talking to herself, but she’d like to talk to you, too. If you’d like to be part of a future Friday Chat, email nicole@thebillfold.com.

1. We Did Good, Billfold
2. Question Wednesday
3. What I Learned From Five Years of Writing and Editing for The Billfold
4. How a Program Assistant Dealing With a New Paycheck System Does Money
5. Classic Billfold: What I Wanted From My Move to Portland and What I Got
chatsFriday chatI wonder who first came up with that hotel bellhop riddle