The Cost of Giving Our Children a Musical Education 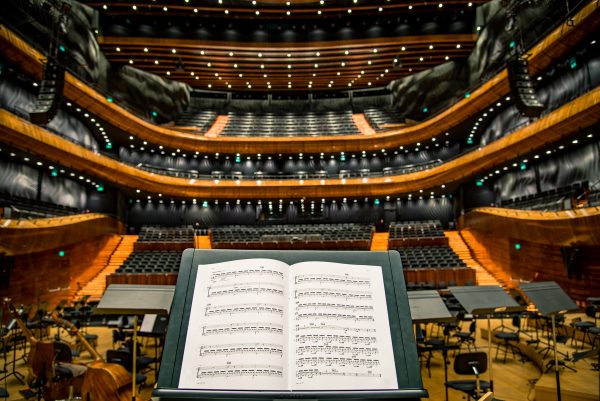 Photo by Radek Grzybowski on Unsplash.

When I was a kid, a sweet elderly woman came to our house once a week to give my sister and me piano lessons. My mom paid a super-low amount, like $10 a month. She also had to buy a series of progressive piano theory and music books. My sister was four years younger than me, so my books were passed down to her. The piano was already in the house, so no added costs there. The only other expense that I remember was my mom picking up little white busts of famous composers at garage sales. For our annual recitals, we wore dresses we already owned. Mom didn’t have to drive to lessons — and since we took lessons in the house, she was usually able to make dinner or clean in the background.

My sister went on to take flute in middle school, and my parents did buy a flute for her to use. I did orchestra in middle school and used the school’s viola at no charge. I was also in a choir that required an annual performance outfit but the cost was minimal there too.

My husband plays the stand-up bass and organ, and we knew music would always be an important part of our family. We just had NO idea how much it would cost to provide our own kids with lessons and instruments, as well as the extra expenses that come with being part of an ensemble.

Last month, I broke down our family clothing expenditures and the “concert black” category came up as being a big enough expenditure to get its own category. Both kids are in school bands and an audition orchestra outside of school. I have always been a little scared to see exactly how much we have spent on giving our children a musical education — but I decided to break it down and see how our current music costs compare to my childhood $10-a-month on the piano.

With two kids and progressively newer instruments, we’ve spent over $25,000 on music in the past six years. With gas and waiting time (priceless) plus incidentals, that figure is probably closer to $35,000. So… around $6,000 a year, compared to $240 a year in the 1970s. Even with inflation, that is still a chunk of money.

I’ve talked to other parents whose kids play sports or do competitive dance or cheer, and that $6,000-a-year figure is actually right on par with competitive or recreational sports expenses. Many report spending around $6,000 per year per kid. I only spend around $3,000 a year per kid, which doesn’t feel quite as awful — but it’s still a lot more than $10 a month! Music is apparently my kids’ sport, and we have $20K worth of instruments in our living room.

While the music lessons and performances take time and money, I enjoy hearing my kids play music. They both practice (mostly) without being asked and may continue their instruments into college. I would love to not have to drive 40 minutes to each of their lessons, but there is value in the lessons, the instruments, and the performances that goes beyond the tangible costs. My kids have gained confidence. They’ve gained a love of music that will serve them into adulthood. While the sound of music is a large outlay in the overall family budget, it is a part of the budget that we won’t be singing “Auf Wiedersehen goodnight” to any time soon.

We’ve spent around $7,000 on instruments, though they’re worth closer to $20K. We started with rentals, but now own three of the four instruments outright. Each child has two instruments: one they used when they started playing, and a better instrument we bought when they took on more challenging repertoire and ensemble work. We haven’t sold the two older instruments, and my daughter takes the less expensive flute to school. They’ve both used their backup instruments when their main instrument was in the shop or getting cleaned.

We rented my son’s brass Yamaha trumpet for a year. Then we bought it under the music store’s “no interest for 18 months” plan. After four years of playing that trumpet, he went into high school and we purchased a silver Stradivarius trumpet through the same purchase plan. We now own the original brass trumpet and will own the silver one as of December 2018.

Additionally, my son has had two $100 trumpet bags. He also has six trumpet mutes that were each around $30 each. The first trumpet is worth around $1,800 and the second one is around $4,000. He also tried the cello for one year in middle school at a cost of $60 a month for the year. We took that rental credit and applied it to my daughter’s first flute.

My daughter plays the flute and the piccolo. We did the same rental program for her first Yamaha flute but instead of trading it in, we sold it a beginning flute player after we paid off the rental fees. We then used the same music store zero interest financing to buy a mid-level Yamaha flute. After three years of playing that flute, we then purchased the Yamaha sterling open-hole flute. Someone had ordered it at the music store and didn’t take delivery, so we were able to purchase it for $3,500 instead of the original $10,000 price. Additionally, we have purchased two flute bags and various accessories for $100.

I’ve spent $800 on music-related clothing over the past five years. Both kids have to wear concert black for the two bands they are in and for the audition orchestra. My daughter can wear the same black outfit for both. My son has a school-issued tuxedo for high school and a full black outfit for the audition orchestra. Next year my daughter will be in ninth grade at the same high school and we will purchase the required $80 long black formal dress.

My son took four years of trumpet lessons at $45 per hour. The price recently went up to $50 an hour. My daughter began with half-hour flute lessons at $30 each, then 45 minutes at $40 and now three years of one hour lessons at $45.

I estimate we’ve spent $25,000 on music lessons for two kids over six years.

The time and gas going to private lessons and orchestra rehearsals adds up as well. The drive varies from 15 to 40 minutes each way with up to three-hour waits. I’m not sure how to even measure the waiting time, and I haven’t done the math on the gas.

Beyond all the main expenses, we spend $100-$200 a year for sheet music, valve oil, flute cleaning tools, cork grease, a digital practice mute, replacement flute hole plugs and ergonomic hand mitts. My daughter is also in an annual flute recital that requires sheet music purchase and a payment to the accompanist. My son dropped his trumpet on the ground requiring a $200 repair (he did extra chores for months) and my daughter’s flute needed to be cleaned and adjusted at a cost of $75.

Amy Barnes is a writer published by sites like Romper, Motherly, McSweeney’s, Criexo, and many others. She has two kids, one husband, and two dogs that hinder and inspire her writing.

1. We Did Good, Billfold
2. Question Wednesday
3. What I Learned From Five Years of Writing and Editing for The Billfold
4. How a Program Assistant Dealing With a New Paycheck System Does Money
5. Classic Billfold: What I Wanted From My Move to Portland and What I Got
experience seriesmusicparentingthe sound of music