Observing The Game “For the Experience” 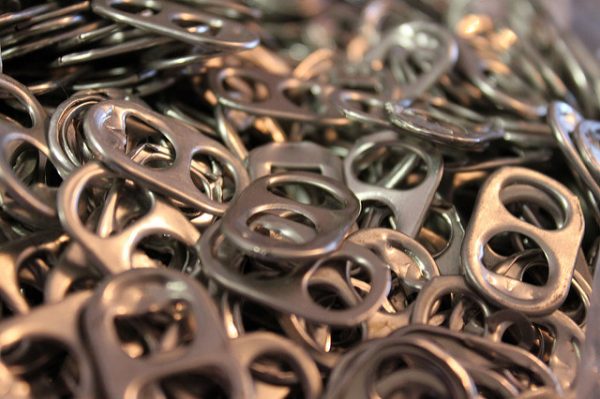 Sometimes, as a writer, I find myself in situations where I decide to do something mostly just “for the experience.” In New York City, there are always lots of different, unique events going on at any given time, so it’s easy to make like old school Nike and “just do it.”

These experiences have taken me on a number of different adventures, some of which have been free, some of which have come with upfront costs. A $20 introductory pole dancing class inspired me so much that I paid another $250 for a set of classes. A free invite to a launch party for a pencil unexpectedly led to a swanky shindig with an open bar and live band — and, yes, the best pencil I have ever owned. The $9 I spent to ride the Cyclone at Coney Island was less successful, leaving me only with bragging rights, wobbly legs, and the affirmation that I’m not the biggest fan of roller coasters.

One interesting rabbit hole I fell down out of sheer curiosity involved the pick-up artist community.

I used to work at a bookstore, where my coworkers and I frequently saw men we referred to as “gamers.” These were men who had read Neil Strauss’s The Game, a journalistic look inside the world of pick-up artists, and had started imitating pick-up artist techniques as a means of talking to women. Sometimes we even saw men holding quasi-seminars in the store, whispering tips in a huddled group before descending on unsuspecting female customers. One manager even swore he once saw a guy write a check to a pick-up artist mentor for a few thousand dollars in the middle of the sales floor, and it’s not that outrageous considering that pick-up artists and gurus charge a good amount of money for seminars and workshops across the country.

Watching these men attempt to pick up women was sometimes fascinating, but more often nauseating. I remember one guy approaching a woman who was looking at self-help books. He offered a winning opening line: “What, too cheap to get a life coach?” The woman rolled her eyes and moved to a different aisle.

While almost every encounter I witnessed was a negative one, it sparked enough interest in the whole culture that I decided to read The Game to try to understand what exactly it was I was observing. Luckily, a friend was able to get me a copy for free (the book is designed, by the way, to look like a Bible with a faux-leather cover and gold-edged pages) and I set about reading Neil Strauss’s observations of the community. There was a lot I sympathized with — I understood how hard it was to make connections and, hell, talk to strangers, and the general ideas behind the pick-up methods are about inspiring confidence and not letting rejection hold you back from trying to meet people.

But a lot of the tips were manipulative, superficial ways of starting conversations or faking intimacy in a way that didn’t actually foster any greater human connection. While I could also see some of the pick-up artist techniques being effective at beginning an interaction, they didn’t provide much to help you build actual relationships, which I think is something that is hard for anyone. Even Strauss, by the end of the book, realizes that the methods he’s been taught don’t work on the one woman he wants an actual relationship with.

When Neil Strauss came out with a new book (not about pick-up artists but about urban survival) and held a book signing at a sister store, my friend suggested we go as an anthropological study.

We showed up early and were the only women there, except for one other woman who sat next to us and gushed about her love of Strauss’s writing. As men filtered in, they struck up conversations with one another, comparing notes about their pick-up successes and failures in the field. One group of guys were talking about how they wear the most outrageous things at the club to get attention, from gold Afros to grills, when a stranger piped up in the back.

“Nah, man. You shouldn’t do that cheesy stuff,” the stranger advised. But before I could let out my relieved sigh at what I thought was a voice of reason, he continued: “You should wear a suit. Women love that shit.”

Even once Strauss showed up, it was still a total dude-fest. Strauss discussed his new book, Emergency: This Book Will Save Your Life, which actually sounded pretty interesting. He talked about survival skills in the event of an unexpected national emergency. He also taught the audience how to pick a padlock with a soda can, demonstrating how to cut a shim out of the aluminum and affix it to the lock’s loop (a slightly terrifying thing to teach a room full of men who had recently been trying to figure out the easiest way to have sex with a woman). We each got a can of soda to turn into our own lockpicking device, and several of the men immediately began negotiating trades for their favorite flavor.

Unsurprisingly, the Q&A consisted only of questions about picking up women, including how to get your friend with benefits to help you find and recruit another woman for a threesome, and whether you can get so good at picking up women that it makes it impossible to be in a relationship. While Strauss’s responses were measured and surprisingly rational, talking about the importance of open communication with women and how to assess your personal relationship goals, I feel like a lot of the nuance was lost on this group of guys who had barely finished bickering over the cans of free soda being passed around the event space.

We left after the talk was over; we did not feel compelled to wait around to get a book signed. In this case, the event was free, but there were other costs: a couple of hours of time and some of my faith in humanity.

1. We Did Good, Billfold
2. Question Wednesday
3. What I Learned From Five Years of Writing and Editing for The Billfold
4. How a Program Assistant Dealing With a New Paycheck System Does Money
5. Classic Billfold: What I Wanted From My Move to Portland and What I Got
booksexperience seriespick-up artiststrue love