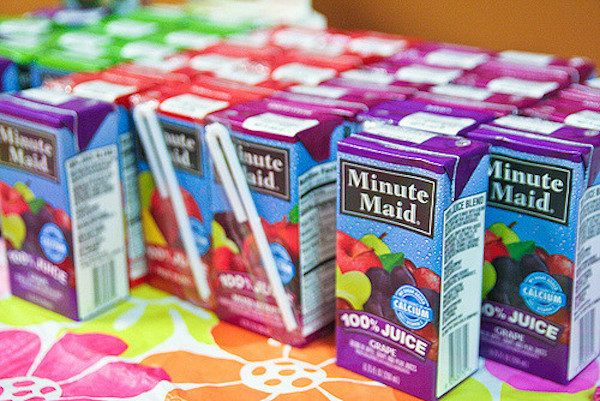 This piece originally ran on April 4, 2012. View old comments on the Wayback Machine.

“Middle Class Snack Kid” is a term I made up for people who do not spend a lot on themselves on the whole, but are running themselves into the ground buying food and drink. I coined this term for myself because I needed to diagnose my disease — the disease being that no matter how much money I make and how little it feels like I spend on myself, I am always living paycheck to paycheck. How can I be so damn broke all the time? Me! The person who doesn’t own a single piece of furniture that wasn’t given to her for free! The person who will wear one pair of jeans until they literally fall apart! The person who will wait until she looks like a crazy mountain woman before she will shell out $40 for a haircut!

Then it hit me: snacks. Fuck. I am all about snacking. As a friend once put it, I am D.T.H. — Down to Hang. And for me, hanging means snacking. I will watch entire seasons of Buffy the Vampire Slayer in one sitting, as long as my friends and my snacks are there. My version of the shameful closet full of shoes would be a closet full of Kettle Chips and cherry tomatoes. And this connection between hanging out with friends and snacking started early.

For the Middle Class Snack Kid, Goldfish crackers ran like water, and friends came over after school for nachos and for lying to people about our age in AOL chat rooms. We lived like this because we had two parents, each of whom had a job. They were probably not married, but we had them. Some of us even had a live-in grandma who had a savings, a pension, and a social security check, and was generous with her $20 bills (cough, cough Me cough, cough).

Middle Class Snack Kids were raised without some of the finer things, but with a mindset that life was taken care of in all the important ways. We may not have had that new Walkman, but damnit if there weren’t cookies made by Grandma every day. And so I may know enough not to go buying a TV or new clothes, but damnit if I don’t buy myself all the snacks I desire, with no thought given to the fact that I do not have the three incomes of my mom, my dad and my grandma. I have one income. I have the one income of a me, with an entry level-type job and student loans.

What it comes down to is this: I am not middle class anymore. I was raised middle class, but I did not graduate into that stratum. What I graduated into was a world where I have a drama degree in a recession, and that translates firmly into the lower class. And I have to deal with that. I buy myself snacks and drinks and dinners in restaurants because it is a way of pretending that everything is okay. I know I should be saving this money, but the deprivation in all the other ways (the shitty furniture; the pairs of underwear that could be in kindergarten by now; the TV with the broken volume button that turns the volume up instead of down) freaks me out and makes me sad. So I think, “Well, I know I can’t buy a new TV, but I’m allowed to spend money on food! It’s food! Food is a necessity!” It’s a case of not seeing the money forest for the food trees.

My grandma and granddad got our family into the middle class by budgeting their money. Paychecks were separated out into envelopes for food, mortgage, gas, and fucking nothing else. These people paid for cars in cash, and here I am snacking my way out of the middle class because I feel like getting a latte at Starbucks twice a week? Because there’s a Pinkberry close to work? Because I want to eat an entire bag of chips by myself while I re-watch Deadwood? Ugh. This Middle Class Snack Kid business is nonsense.

However, simply realizing this and holding yourself accountable can be the key to putting an end to it. Steven R. Covey says in his book The 7 Habits of Highly Effective People (which yes, I have read and don’t be an asshole about it), “There is a gap between stimulus and response.” This has been the most important piece of self-help advice I have ever received. Why is this a relevant to the Middle Class Snack Kid? Because if you take the time to ask yourself why you’re putting that bag of chips in your grocery cart or buying that fried pickle appetizer at the bar, it can make all the difference. How do I know this? Because when I look at my spending history in months where I wasn’t paying attention, I’ve historically spent about $360 a month on food and drinks. That is the most embarrassing thing. That is so terrible. Admitting that in a public forum is excruciating.

However, in months where I had the discipline to pay attention, I spend more like $230. I am not kidding. That is a difference of $130 dollars (math!). If my grandma were here right now, she would be so ashamed of me for the months where I lose my head. She would throw like five envelopes in my formerly middle class face and she would be like, “Hey! I bought you snacks because I could. But you cannot, so cut it out, dum dum. Also, you’re getting chubby and I’m allowed to say that because I’m dead.” It’s also important to realize that it can be a month-to-month problem, marked by the influx of your paycheck. Forgive yourself for the stretches of time when you lose it and end up buying $15 worth of grapes, celery, cucumbers, and carrots (one of my healthier snack binges), but know that keeping it in control one week makes it easier the next.

So that’s my advice, fellow Snack Kids: the next time you’re at the grocery store and you’re holding something in your hands, take a second to ask yourself why you’re buying it. Are you buying it because it’s a viable meal ingredient? Or are you buying it because you miss being 14 years old and hanging out with your best friend while you obsess over reruns of The Simpsons? The difference between those two things is the difference that could change everything. Just ask me, the 29-year-old woman who recently got a haircut, a new pair of jeans, and has a three-month-old savings account with actual money in it. Though that same woman also ate a protein bar, 3 pickles, and a package of cherry tomatoes for dinner last night, which is weird and gross. Change is a process, you guys.

Lindsay Katai is a writer/performer/debtor living in Los Angeles, CA. She sometimes remembers to use Twitter.

1. We Did Good, Billfold
2. Question Wednesday
3. What I Learned From Five Years of Writing and Editing for The Billfold
4. How a Program Assistant Dealing With a New Paycheck System Does Money
5. Classic Billfold: What I Wanted From My Move to Portland and What I Got
foodthis was one of the very first Billfold poststhrowback thursday