The Cost of Chronic Back Pain 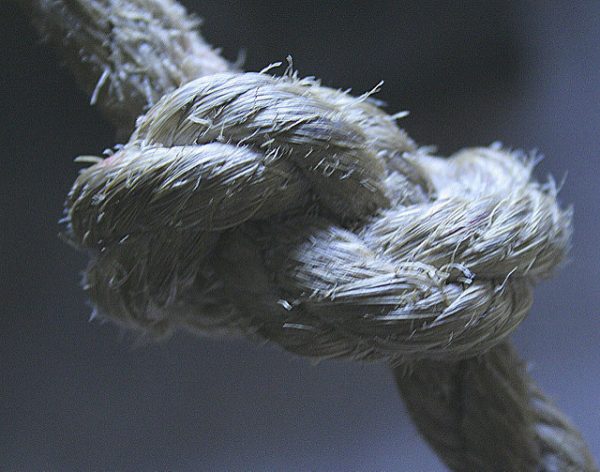 The first time I tried physical therapy, I paid $10 a session as therapists treated the wrong part of my back.

The second time I tried physical therapy, I paid $20 a session at a clinic outfitted with a TV and Netflix account. Friends episodes droned in the background as I lugged my body through stretches.

The third time I tried physical therapy, I paid $35 a session for a therapist to pump needles into my back. Because this treatment, called dry needling, is meant to force muscle twitches, the process is abjectly torturous. I ended each session with an ice pack on my shoulder.

“Do you think I’m making progress?” I asked the therapist one day.

I stopped scheduling appointments after that. Chalk up another win for back and shoulder pain.

There are as many kinds of chronic pain as there are people. I’ve had mine since 2014, when I twisted my right side in a slightly off-kilter way one morning at work. The resulting upper-back pain was sharp and sudden, like a sickle slicing into my body. I told my boss I’d “tweaked my back” and went home for the day.

The acute pain faded, but it was replaced by deep, dull aches that I’ve battled ever since. My muscles formed knots (or trigger points, in medical parlance) that dot my back and shoulders like a strange map of the stars. I’ve spent a fortune trying to understand and tame these constellations.

In the early days, I took small steps. Did you ever have a teacher who scolded you for slinging a backpack over one shoulder? In middle school I saw those teachers as pests; now I feared they were prophets of doom. My poorly placed JanSports of yesteryear were coming back to haunt me, I thought, and I had to improve my posture to fight back.

Seeking a superior option to handbags, I bought a $35 miniature version of the Healthy Back Bag, which is shaped like a kidney and laughably small. Wearing it is like draping a fanny pack around my torso. When there’s a beauty pageant for back-pain sufferers, this will be my sash.

At a “natural” wellness store, I paid $10 for a tin of muscle salve. The packaging was adorable; the product was useless. Meanwhile, I began physical therapy, where therapists mistakenly assumed my pain lived in the lower back (and treated me accordingly).

Each round of physical therapy I’m prescribed is between six and eight weeks. Sessions are usually twice a week, so while individual appointments aren’t expensive, costs add up fast. About halfway through my second therapy stint, I paid $45 to complain to an orthopedist, who ordered an MRI to pinpoint my issues. As a lifelong claustrophobe, I requested a “stand-up” version of the MRI, which doesn’t require sliding inside a tiny death tube. (That’s the technical term, or so I’m told.)

In the days before the MRI, I felt my anxiety ballooning, and when my appointment rolled around, it threatened to burst. I filled out a pile of paperwork and was led to a back room, where I faced an MRI machine for the first time. This machine was the opposite of a tiny tube — it was gargantuan and somewhat reminiscent of a space capsule. Two bulky walls sandwiched a small seat, into which I was strapped by a technician. As the machine whirred to life, I imagined myself as Jodie Foster in Contact, hurtling through the universe (or at least my mind’s universe) in a shaky pod.

Ultimately, that MRI didn’t cost me a cent: I was so nervous that I couldn’t stop twitching, leading to blurry and useless images. Months later, I successfully completed a different kind of MRI, which cost $528.85 and revealed no serious damage in my back or neck. My muscles ache, but they don’t suggest an underlying and more sinister condition.

I recognized my luck and privilege. My spine isn’t plagued with herniated discs or other maladies. I don’t have to endure surgery. The (second) MRI was expensive, but had I lacked good health insurance, it would have been totally out of reach.

For me, living with chronic pain is an exercise in living with life’s uncertainties. Will I ever rid myself of it? I don’t know, and if I accept that, I can find grace and strength in my own efforts.

Recently, I began working with a personal trainer who has a background in medicine. I paid $800 for one-on-one time with him, which is a luxury that many physical therapy clinics don’t offer. Again, luck and privilege rear their heads.

I also returned to yoga, buying a month-long studio pass for $30. When I first came to yoga, I found solace in its spiritual aspects, and I appreciate the discipline of classes. My perpetually tight muscles mean I struggle with some poses, but as yoga teachers like to say, my practice is my own.

During the last class I attended, my back ached just once, and I smiled as the teacher led us into shavasana. A moment of peace, however fleeting.

Lyndsey Lewis is a writer living in Atlanta. She is happy you love chiropractors, but she politely declines your advice about them. Find more of her work at lyndseylewis.com.

1. We Did Good, Billfold
2. Question Wednesday
3. What I Learned From Five Years of Writing and Editing for The Billfold
4. How a Program Assistant Dealing With a New Paycheck System Does Money
5. Classic Billfold: What I Wanted From My Move to Portland and What I Got
back painchronic painhealthhealthcareseriously no chiropractor recommendations please