The Cost of Anxiety When Your Dad Has Cancer 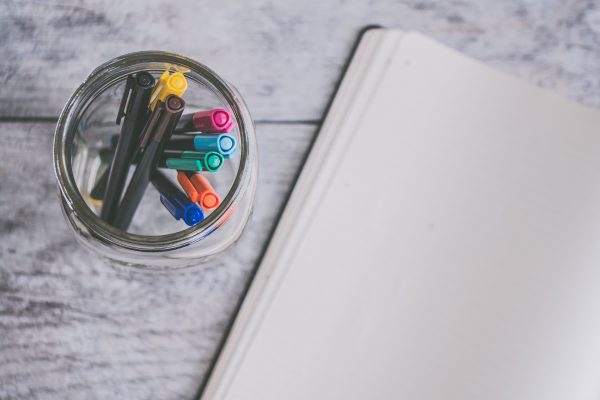 Photo by Jessica Lewis on Unsplash.

Since about September of 2017 my dad has been in excruciating pain with no answer as to why, despite numerous visits to many different doctors. Finally it was discovered that his pain was due to a growth near his trigeminal nerve, the nerve that controls your facial muscles, chewing etc. The type of pain he was experiencing, called trigeminal neuralgia, is often described as the “suicide disease” and it nearly killed him in it’s own right. After months of back and forth between various doctors and the VA (my dad was in the Navy), he was finally diagnosed via UCSF with salivary cancer in January. Yes, the same type of cancer that killed Adam Yauch of the Beastie Boys.

Over the last seven months he’s gone through three surgeries, two of which were over eight hours long. In his final surgery he had one branch of his trigeminal nerve, a salivary gland, a lymph node, and part of the back of his nose removed. Two weeks after that surgery my father began six weeks of radiation, focused on his mouth. Radiation is often considered a less intense option to chemotherapy, which is true when it’s not focused on your head. When it is on your head you’re essentially given a sunburn both within your mouth and around your head, five days a week. On top of that my dad lost much of his facial sensation, the ability to taste anything, and the ability to chew.

It goes without saying that the last seven months have been extremely stressful for my dad, myself, and my entire family. I’ve had anxiety since I was a teenager and, while previously I found I could cope, once my dad was diagnosed I found myself falling apart in a way I never had before.

Anxiety for me is controllable when I have the energy to respond to it. When I don’t, it takes over. When my dad was diagnosed I found I only had energy to survive, not to cope with my anxiety. Simply surviving is not enough long-term. I reached a breaking point around the beginning of February when I realized that I was no longer able to be functional on a baseline level.

Finding a therapist could be an article of its own due to the complexity of cost, insurance, scheduling, etc. I had a spreadsheet just to track my efforts and it still took nearly two months. After emailing dozens of therapists (talking to people on the phone is an anxiety trigger for me) I finally found one that took my insurance and was persistent enough in her follow-up that I actually went. Therapy has helped me a lot. Anxiety tells you lies about yourself and the world, but I’m starting to move past those self-created stories.

Dealing with my anxiety was not cheap or easy. Before I dive into the costs, let me preface this by saying I’m lucky enough to live in a relatively cheap rental and I make enough money where I can have a decent amount of disposable income. That said, let’s look at what I spent dealing with my anxiety over the last seven months.

$300 for my co-pay for five months of therapy. At first I thought I would have to pay the full cost ($120 a session) but turns out my insurance covers most of it, so I pay a fairly reasonable $30 a session.

$78 for jewelry. I wear rings as something to fiddle with, but it wasn’t proving to be satisfying enough to quell my anxiety in a way where I wasn’t destroying my fingernails. I bought stackable rings and a necklace that has beads I can fidget.

$60 for two manicures including tips. This was an attempt to stop me from chewing and biting my nails and the skin around my nails. This was not an effective method and I still destroyed my nails within a week or so of getting a manicure. I’m not 100 percent clear why it took two tries for me to realize this would not work.

$35 for seven months worth of Pepto-Bismol. I clench my stomach when I get anxious, which for a while was all the time. That led to stomach cramps and other digestive issues, especially when I was very stressed. Luckily Pepto-Bismol seems to help with most of that. Whether it’s because of the placebo effect or otherwise, I’ll take it.

$30 for a CBD vape pen. After a recommendation by my therapist, I tried CBD. I may have made a misstep though, because I got the vape pen (because it was cheaper) and I found the taste awful. I couldn’t see much of an impact, but perhaps it was because it tasted so bad I didn’t take enough. I plan to try CBD again with oil or something similar that I can mix into a drink.

$10 for a set of five small journals. My therapist advised me to write down my fears and anxieties as a way to cope. I got a few small notebooks so I could keep one in my purse, on my bedside table, etc. Unfortunately this coping method doesn’t do much for me.

$370 for hiking. Being in nature is a great way to cope with my anxiety, and something that should’ve been obvious but had to be pointed out to me by my therapist. I go hiking about once a week. This cost includes gas, hiking gear, and the occasional park day pass (usually around $5).

$0 for my gym membership. I would go hiking during the week if I could deal with battling commute traffic, but I don’t have the energy for that. The gym is a good way to get my body moving and to get some endorphins flowing. Luckily my work benefits include a gym membership at a place basically across the street from me.

$1,769 for a last-minute trip to Portland. I hadn’t been on vacation in a long time, but my boyfriend convinced me that I needed to go for my own sanity and he was right. I spent a lot more than I usually would on both airfare and a hotel (as opposed to an Airbnb) because it would involve less planning and anxiety on my part. I also basically let myself not have a food budget on this trip, which let me eat whatever I want. Despite walking for most of the trip, I did take the occasional Lyft when I didn’t want to deal with public transit. Although this trip was not cheap, it was worth it to see old friends, eat amazing food, and just generally be more relaxed then I had in a while.

$567 for costs associated with my cat. I had the cat before my father was diagnosed, but I got the cat partially because I knew it would help my anxiety, and it did! It’s very hard for me to feel anxious when I’m petting Julio. The cost for the last seven months includes food, litter, vet visits, cardboard scratchers, and the occasional toy.

$20 for video games. Another somewhat-successful coping method. I find that strategy-based games take my anxious tendency to over-plan and turn it into something useful. I can get sucked into games, but I’ve found a better balance as of late.

$15 for ibuprofen. In addition to tensing my stomach I also tense my shoulders when I am stressed and anxious. I already have scoliosis, which, although relatively minor, does cause a certain amount of pain. So stress plus sociolsis equals my back and shoulders being pretty sore. Ibuprofen does the trick most of the time but I know I will likely have to go to physical therapy at one point which will increase the cost.

$25 for a fancy pillow. I bought this is an effort to help me sleep better, assuming that discomfort was a key factor. Turns out anxiety is really the thing that keeps me awake, thinking about every ache and pain. The pillow is comfortable, but not $25 worth of comfortable.

I’m sure I’m forgetting some expenses, but it was fascinating to dive into my own spending history and find stuff I’d forgotten I’d tried. It seems like a lot of money now, especially seeing it as one lump sum, but I’m not surprised by how much I spent. Anxiety takes over your life in both large and small ways, and it’s worth paying what you can afford to get at least some of your life back.

Although my dad is still recovering and the anxiety is still there, my response to it has changed in a lot of positive ways. It can be hard enough to find a therapist, let alone a good one, and I’m lucky that I found one I really like and that I can afford. I still have a lot of work (and costs!) in front of me, but I know I can do it.

Nicole Richards is a Bay Area native who somehow still lives there. She can be found playing too much Stardew Valley, reading, hiking, petting her cat, or writing.

1. We Did Good, Billfold
2. Question Wednesday
3. What I Learned From Five Years of Writing and Editing for The Billfold
4. How a Program Assistant Dealing With a New Paycheck System Does Money
5. Classic Billfold: What I Wanted From My Move to Portland and What I Got
anxietyfamilyhealthparents