Our Average Grocery Spending and What We Hope to Change 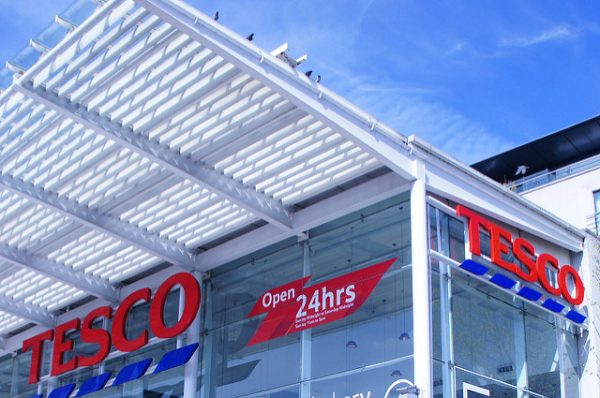 I have always had a vague feeling that we spend “too much” or “too frivolously” on groceries and, after noticing that very-same comment come up regularly in the Billfold Doing Money interviews, started to think about it in more detail. I realized that I didn’t really have a strong idea of what I mean by “too much.”

My boyfriend, BB, and I are currently in the fortunate position where we can go over-budget on groceries occasionally without it having a big impact. We enjoy eating tasty food (although that doesn’t need to be expensive) and don’t want to impinge on that for the sake of saving a few pence. Also, in my experience it’s easier to stick to a budget if you’re not wishing you were having or doing something else. However, if we were able to cut our groceries spending, this could be beneficial for our other finances.

So, perhaps the “too much” feeling is actually two questions:

To answer these questions I first need to understand what we are actually spending our money on, hence this review.

I have three additional motivations for tracking grocery spending:

My boyfriend and I are newish homeowners in a low cost-of-living town in the Midlands, U.K. We are mid- to late-thirties and have, for the last couple of years or so, earned above-U.K. average salaries. We have no children, pets or other dependents.

It does not include:

The July–August pay period was 33 days (slightly longer than usual, because I got paid on a Friday). Our total spend was £383, which is £68 more than our average spend but this extra spending can be explained as follows:

Our top three spending categories, which make up 57 percent of the total, are:

We both guessed correctly for the top two and I was right about meat (although I have cheated a little as “protein” covers fish, cheese and tinned beans as well). Our fourth most expensive category was non-alcoholic drinks (£29), which represents what we spend on fizzy pop. Here’s a more thorough breakdown of the top three categories:

Because pricing is probably a factor in our spending, I also broke our spending down by shop:

I broke our spending down to price per meal to get an average cost.

Between us, we had 31 meals not covered by the budget, which includes takeaways, meals out, being fed by parents and friends, and charging it to the company card (BB work trip). So, if we ate more at home next month, the overall cost for food might go up, even if the average cost went down.

I find incremental change works best for me so I will be tweaking my budget rather than trying a radically new approach. In the long-term we might overhaul the way we eat and shop if the numbers and health benefits lead us that way but that’s not something that will be effective right now.

I have decided not to set financial targets for this month (but may do in the future) so the overall goals for August-September are:

This one should be easy (maybe). As wine is the biggest contributing cost, the plan is just to buy fewer bottles. We always have a bottle of Cava on a Friday night and this is not a frivolity we’re willing to give up. But if we can reduce the number of bottles bought to drink at other times, we would save. We will also attempt to buy cheaper bottles so that the average spend per bottle is lower — I’m not a wine buff so as long as it doesn’t take like syrup or vinegar, I don’t mind. I think we’re ok to keep the quantities of beer purchased the same or lower for now.

This category is more difficult for me to come up with a plan for. We have drastically upped our fruit consumption in the last two years to improve our diets so this is not one I want to reduce by just buying less. We prefer berries to cheaper options too although I try to get them on offer as often as I can. However, buying unprepared fruit is cheaper than prepared, so I will start prepping my own fruit for my post-work snack.

We will also try to pay less for fruit. I have been advised that Lidl is a good alternative but I have concerns about ‘best before’ dates so I will proceed with caution on this one (we prepare several lunch-worths of fruit pots in advance to save time).

My most expensive lunches have been when I’ve had cooked meat or fish. I’m happy to switch to lower-cost veggie options so this seems a good place to start. We could probably look at eating less meat for our evening meal and for BB’s lunches but we’d need to learn some new recipes so this is something to look at longer-term.

I already go to lower-cost stores for most of the items in this category but will also see if we can buy fizzy pop for BB there too.

My data shows currently prioritize convenience of location over cost. For example, I have one Tesco (the largest mid-range grocery retailer in the U.K. by market share) 10 minutes walk from my office and can go to three others on my drive home.

So, one of the indicators I will look out for next month is whether my overall spend in Tesco is lower and whether it is higher in discount stores and cheaper supermarkets, like the ones listed. This will apply across all the spending categories, not just the ones listed here.

I am excited about this process because firstly I am a nerd but also I have found previously that taking a very detailed approach to financial information (I have a lot more information on our spending than I have included here) is a great way to force myself to look at things in a new way. Big numbers can be overwhelming and I have often been frustrated attempting (and failing) to make changes with a top-down approach. Knowing my numbers inside-out can provide breakthroughs that I wouldn’t have anticipated otherwise.

Likewise, getting other people with experience and knowledge to comment is a great way of learning so I would love to hear suggestions from other Billfolders on what they do or don’t do to save money on groceries while still being able to eat (and drink) healthily. Low-cost, tasty recipe ideas are definitely welcome!

I will report back in September with an update on how the implementation went.

Louisa Bhaer (not her real name) works in marketing and spends far more time with spreadsheets than is probably healthy. She and BB are working on building up their Nicolas Cage film collection, one terrible DVD at a time.

1. We Did Good, Billfold
2. Question Wednesday
3. What I Learned From Five Years of Writing and Editing for The Billfold
4. How a Program Assistant Dealing With a New Paycheck System Does Money
5. Classic Billfold: What I Wanted From My Move to Portland and What I Got
foodgroceriesgrocery budget