Financial Fairy Tales: The Fisherman and His Wife 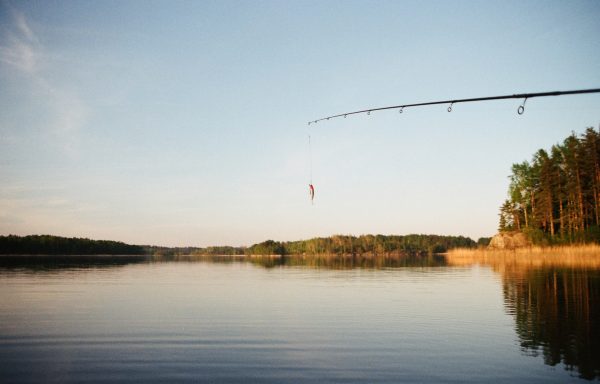 Photo by Andrey Trusov on Unsplash.

There once was a fisherman, which is to say that there once was a junior sales associate who enjoyed fishing in his spare time, and who liked to think of himself as a fisherman when he sat, alone, on the used jon boat he had bought with last December’s bonus.

The part he liked best, about fishing, was the fact that he didn’t have to catch any fish to be a fisherman. He spent most of his time working towards objectives and overcoming objections, and if he failed at both he would quickly be removed from his position as junior sales associate — but he could sit in his orange life jacket with his lure in the water for as long as he wanted, and it still counted as fishing.

That day he caught something.

He did not know enough about fish to know what kind of fish it was; he knew it was not a catfish because it did not have whiskers, and he thought it was too large to be a crappie, and he wondered if he might have set a record for largemouth bass, except this fish was more yellow than green. There were bits of silver and blue in its fins. He thought of Flounder, from The Little Mermaid.

“Should we take a photo, big guy?” he asked, wiping one hand on the back of his jeans before reaching for his phone.

That evening the fisherman told his wife about the fish he had caught, and how it almost seemed like the fish had said something to him, but of course that couldn’t be true. He had imagined it. Maybe he’d dozed off for a minute.

“You shouldn’t fall asleep in that boat,” his wife said. It was one of the things she had started saying, lately, that made him think of her more as his wife than as the woman he married. He had hoped his relationship would not be like his parents’, and now here he was, listening to the same types of admonitions he had so often heard addressed towards his father. (That was perhaps the only way in which his life resembled his parents’. As they frequently reminded him, by the time they had been his age, they already owned a home and his older brother already existed.)

The fisherman had to wait a full week to be a fisherman again, to drive from his apartment to the storage unit and then to the lake, and before he left his wife said “If that fish starts talking to you again, get it on video this time.” The request stung and stuck to him like the tiny raindrops that fell onto his arms and into his boat — why isn’t this what I wanted I thought it was what I wanted — but when the line went taut and the yellow-silver-blue fish rose out of the water the fisherman thumbed at his phone, pulling down on a wet screen.

“Please don’t put me on Facebook,” the fish said. “I will give you whatever you ask for.”

“Yes,” the fish said, blood beginning to drip from the hole where the hook pierced its mouth.

The fisherman skipped over the first wish that was in his mind and went to the second. “I’d like a bigger apartment,” he said. “With a place to store my boat.”

“Is that all?” the fish asked.

“You already have it,” the fish told him. “Please cut me loose, and go home.”

The fisherman often stayed at work late — it was another thing his wife nagged at him about — so he was familiar with the feeling of arriving home without knowing how he had gotten there. The building looked different, there were three parking spaces with his unit number instead of the usual two, and when he unlocked his door he found himself inside a three-bedroom, with a full-sized kitchen and a balcony.

“There’s a whirlpool tub in here,” his wife said, only this time she was the woman he married. “It all just… happened. In an instant. I went down to get the mail, and then I came back up, and…”

“The fish did it,” the fisherman said. “He told me if I didn’t put him on Facebook he’d grant me a wish.”

“And this is what you wished for?” It was over; she was his wife again.

“Don’t you like it?” He hadn’t even seen the whole thing yet. There was a hum coming from another room that implied in-unit laundry.

The fisherman was at the lake a full hour earlier the next weekend, first because he no longer had to travel to the storage unit to get his boat, second because he and his wife had spent the whole week discussing it, third because it looked like it might storm and he wanted to get back home before it did.

It did not take long to catch the flounder.

“I want another wish,” the fisherman said.

“I thought you might,” the fish said. Part of its lip was torn, from the previous catch.

“I made a mistake, with the first one. I should have asked for a house.”

“Yes,” the fisherman said, feeling a little embarrassed. He’d find a different lake to fish in, after this. Or a new hobby.

The fisherman went home, and it was in fact a house this time, a bungalow with blue shutters that looked a bit like the blue in the fish’s scales. A garage, though not quite big enough for two cars and a boat; either he or his wife would have to park in the driveway.

“What do you think?” he asked, when he was inside. If he had been looking at his wife, when he said it; if he hadn’t walked his wet shoes across the mat and onto the living room carpet, before untying them and leaving them in the middle of the floor; if the person who shared his life had seen herself reflected as anything besides his wife in his eyes, the whole thing might have gone differently.

“We should have asked for an attached garage,” was all she said. “With a mudroom.”

They both went the next morning, even though it had not stopped raining and there was lightening in the distance; his wife counted the miles before the thunderclaps and kept assuring him it was safe. She had a drawing of their ideal home in her pocket — “I’m going to live here too, so we should get it right” — that the fish understood even though, by the time she showed it to him, it was soaked through.

“Is that all?” the fish asked, and they swore it was, this time for sure.

Later that month they got the mortgage bill, and debated whether they should go back and ask the fish if they could own their home outright; there was also insurance to be paid, and property taxes, and when the gutter came loose during one of the constant storms (climate change, it had to be) they argued over who forgot to tell the fish that it should have been a new house.

“We can’t afford this,” his wife said, and the fisherman went into the other room, since there were now plenty of them.

The fish will tell you, if you ask, of the day he came back. He could not say how long it had been, because fish do not have much sense of time, and he would not say all of the things the fisherman told him about his life and his marriage and his disappointments, because fish know how to keep secrets. It hurts this fish to talk, anyway, thanks to all the times he had been hooked in the past.

But he will tell you, because he finds it hilarious: “He asked to go back as they were! Back to that apartment! Have you seen it? They didn’t even have a full-sized refrigerator! I don’t know why he did it, and I’m not sure it’ll solve any of his problems, but I gave him what he wanted.”

You should laugh at this point, or at least smile, to be polite.

“I hope it’s what his wife wanted, too.”

Previously: Frugal and the Beast.

1. We Did Good, Billfold
2. Question Wednesday
3. What I Learned From Five Years of Writing and Editing for The Billfold
4. How a Program Assistant Dealing With a New Paycheck System Does Money
5. Classic Billfold: What I Wanted From My Move to Portland and What I Got
fictionfinancial fairy tales