We Have to Discuss This Clarinet Story 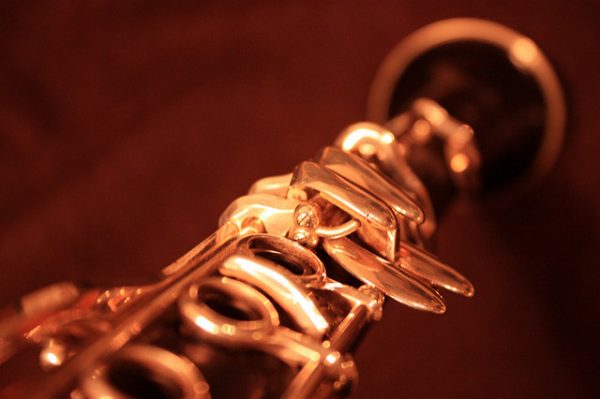 I’m going to give you a full roundup of my travel costs later this week, but first WE HAVE TO DISCUSS THIS CLARINET STORY.

This hit the internet late Friday evening, so I apologize if you’re already totally familiar with it — but since I know that at least one Billfolder won’t know what I’m referring to, here’s a recap:

In 2013, clarinetist Eric Abramovitz, whom the Montreal Gazette describes as “among the top clarinetists in Canada,” applied to the Colburn Conservatory of Music in Los Angeles in order to train under Yehuda Gilad, whom the Gazette describes as “one of the best clarinet teachers on the planet.” Abramovitz was already a student at McGill University, but he wanted to complete his undergrad program at Colburn because of that whole “best teacher on the planet” thing.

Colburn is one of those rare fine arts programs that gives every student a full scholarship plus room and board. It’s also very exclusive; Gilad only accepts two students per year. Abramovitz was one of those two students — and I’ll let Kelly Conaboy, at The Cut, tell the next part of the story:

A joyous occasion indeed, save for the fact that his girlfriend, Jennifer Lee, who was also a student at McGill, could not bear to see him go, and also knew all of his computer passwords. Ah, the dangers of love! She responded to the acceptance email declining the scholarship, stating that Abramovitz would “be elsewhere.” Hahaha. Ah, I mean — it’s truly so sad. Then she deleted all of her evidence.

Lee then made a burner email under Yehuda Gilad’s name. She used that email to tell Abramovitz — well, let’s go to Buzzfeed News for this one:

In her impersonated rejection email, Lee (aka Gilad) instead offered the college student a spot at University of Southern California with a little help of $5,000 a year for an annual tuition of about $51,000, plus living expenses — an offer she knew he couldn’t afford. So a devastated Abramovitz replied to the fake Gilad, turning down the offer and choosing to stay at McGill to finish his degree.

Years later, Abramovitz gets another chance to study under Gilad, because best clarinetists and best clarinet teachers on the planet tend to end up in each other’s orbits. Gilad is all “why did you turn down the chance to study with me earlier?” and Abramovitz is like “what?!” After another musician asks Abramovitz why he gave up the full scholarship at Colburn, Abramovitz finally shows Gilad the rejection email he received. That’s when he learns that he had actually been accepted.

Abramovitz and his former girlfriend had already broken up at this point, but he still remembered her passwords — which might be the most incredible part of this entire thing. He used one of her passwords to log into the email account she had created when she pretended to be Gilad, and once he had proof that she had been the person who sabotaged his career, he sued her for $300,000. Ontario Superior Court judge David L. Corbett ended up awarding Abramovitz $350,000, and the Gazette explains how that number breaks down:

The judge found that the lost two years in scholarship was worth $50,000 a year. The cost of the two years Abramovitz studied under the certificate program at USC was estimated at $50,000 for tuition and another $30,000 in living expenses. Based on testimony from Gilad, who noted that Abramovitz won numerous competitions in his first five months in Los Angeles and secured a position in the Santa Barbara Orchestra, Corbett agreed he had lost out on two years of potential salary because of his girlfriend’s deceit, worth $71,500 U.S. a year.

Corbett also threw in an extra $25,000 for the emotional damages of losing a coveted dream.

The only problem? Jennifer Lee has made herself scarce. She didn’t show up in court, and Abramovitz doesn’t know where she lives or how to get in touch with her. (Plus — as all of these news stories emphasize — she’s blocked him on social media.)

So. That’s the story, and you can follow any of the links I shared for more detail. The Montreal Gazette has a video of Abramovitz’s senior recital, if you want to know what one of the best clarinetists in Canada sounds like.

1. We Did Good, Billfold
2. Question Wednesday
3. What I Learned From Five Years of Writing and Editing for The Billfold
4. How a Program Assistant Dealing With a New Paycheck System Does Money
5. Classic Billfold: What I Wanted From My Move to Portland and What I Got
careershow do you find someone when they've blocked you on social mediamusicrelationships