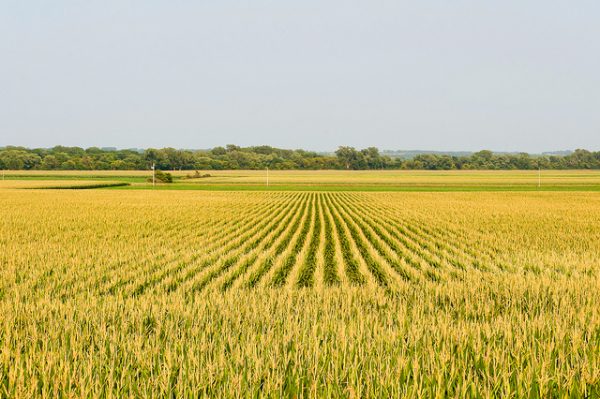 Jenna (not her real name) is a 33-year-old estate planning attorney in a small Midwestern town.

So, Jenna, how much are you making?

Is it typical to be a partner in your early 30s? I’m not sure how this all works, but I know that every movie or TV show I’ve seen about lawyers has them obsessed with becoming partners.

Haha, no, when I told my (attorney) friends they thought it was an April Fool’s Day joke. It helps that it’s a smaller firm and town — you have greater responsibility earlier on, and my office has been really great with incorporating me into the succession plan.

Have you always lived in the Midwest, or did you make the choice to move there?

I’ve always lived here, except for college on the East Coast — I grew up in a city though, and my family is still there, so it’s definitely a different environment. I know a lot more about farm leases and the price of corn and beans now.

I live here because I was looking for work out of law school, and the only jobs I found were in the rural, underrepresented towns. One of the problems we talk about as attorneys is getting adequate legal representation to those areas. It can be lonely, and not pay well, which is a real problem for people coming out with $100,000s of debt.

Right now it looks like you’re earning well above the median income for your area — but was that always the case?

Now your earnings are dependent on the success of the firm, in a way that most people’s aren’t. Right?

Right — it’s incredibly important not only to put the time in, but also send bills out. It’s caused problems between the partners in the past if someone hasn’t sent out bills for their clients in six months. The work has been done, but it means nothing if you don’t invoice it. It makes me anxious. I didn’t really want the responsibility, but it comes with the territory.

We technically get “draws,” not a salary. So I get a smaller amount weekly to pay bills, then a huge chunk at the end of the year, when we figure out the profits.

Right now, for example, we’re slow on billing, so we have an operating loan to cover our other expenses, and partner draws are held until we have more cash.

Are you the type of partner who would be asked to contribute out-of-pocket if the business needed additional cash?

That has never been asked of me, thank goodness. I don’t know if the older partners have done that in the past. The loan covers things so we don’t have to front the cash ourselves. We do have the A/R, it’s just…getting the bills out is a constant struggle.

I can imagine. It’s enough work to do invoices as a solo freelancer!

So… how does your income compare to your expenses? Are you still paying down debt? Saving for retirement? Have you bought a home?

My expenses are low, except for my student loans. I bought a house, which was partially for economic reasons, partially for work reasons, so I have a mortgage, but it’s not much more than renting was. I have $85,000 in loans (after paying them down in chunks and refinancing this year) and I pay about $900 in monthly mortgage payments, I think.

None of my jobs had retirement plans attached, so I’ve been funding my own IRA, but I only started when I started making more money, plus I took a lot out for my down payment, so it’s only about $10,000 right now.

What do you mean when you say you bought your house “partially for work reasons?”

It was heavily encouraged at this job that I settle down here — it’s assurance that I was worth investing the time in and wasn’t going to leave.

Plus it’s helps as a professional to own a house and be able to tell people where you live and have it not be obviously an apartment. It feels like there is a little more stigma about that here than there would be in a city. No one cares where you live in the city. There’s definitely a high income/low income side of town here though.

Haha, I was definitely told where not to get a house, although my boyfriend does have one on that side of town. (He is a union contractor though, so he’s pretty blue-collar.)

I interrupted your explaining how you spend and save your money, though — so you only have $10K in retirement? Do you have an emergency fund? Other savings?

I have about $20,000 in a checking account (I try to keep $15,000 plus enough for my quarterly estimates) and about $17,000 in an investment account that I opened alongside the IRA. Basically my excess cash has been spent on my student loans.

You said you had $85K on your student loans now; how big were they when you started paying them off?

Which means you were living on your weekly stipend. Got it.

Those are just my law school loans. College is paid in full, because it was (a) smaller, and (b) I found out recently that my dad received a lawsuit settlement that he applied towards the parent portion of the loans. I never knew that at the time.

That is a particular type of Classic Parent, to not tell you about it. 😀 They don’t want us to worry!

Ha, probably more that we never talked about money growing up. It was big secret what my dad’s salary was.

Did that affect your own attitude towards saving/spending?

Yes. My mother is a spender, my father is not. Growing up, my parents were basically 24-year-olds with two kids and a college education. They’ve told me how my grandfather used to slip them money every time they’d visit. So I was always very conscious about money growing up — I felt like it was super important to save money and did that thing where kids order the cheapest thing on the menu even if they don’t really want it.

Now my parents are divorced (not for money reasons) and I’ve been struggling with watching my mom’s money issues. I know the urge to spend to feel better, but spending money also makes me physically ill sometimes.

Have you had your own financial struggles to overcome? Did you make any Big Financial Mistakes when you were younger?

I’ve been incredibly fortunate. My biggest financial mistakes (not going to an in-state public college, and going to law school) have both worked themselves out.

I do tend to drag my feet on making positive financial changes though. I only just refinanced my loan from ~7.5 percent down to 5.125 percent in May. I couldn’t let go of the idea that I needed the FedLoan ability to adjust the payments if your income goes down, even though I’ve been financially stable for five years.

I get it. You never know when your income might take a downturn!

I am “comfortable,” so I don’t make any changes. I did change my phone plan based on the Billfold though!

Ha! Because I wrote about switching to Tello?

Haha, it was the person who switched to Republic Wireless, but same idea.

Do you worry that you won’t have enough saved for retirement, when the time comes?

I’m actually okay with my retirement savings. I’ve made a choice to prioritize my loans right now, and once those are done, I really think I’ll be able to relax. I can’t do much about it, I make too much money to put any more into my IRA anyway.

Are you eligible for a SEP IRA or anything like that?

Possibly — I don’t know much about it, since I wouldn’t expect any involvement by any of the other partners. I will look into it!

I’m sure our commenters will have some thoughts! And with that in mind, last question: what advice do you have for Billfold readers?

Don’t be hard on yourself if you screw up — and move to a low cost-of-living town if you can swing it!

1. We Did Good, Billfold
2. Question Wednesday
3. What I Learned From Five Years of Writing and Editing for The Billfold
4. How a Program Assistant Dealing With a New Paycheck System Does Money
5. Classic Billfold: What I Wanted From My Move to Portland and What I Got
doing-moneyinterviewslawyers