The Billfold
It was golf-ball sized 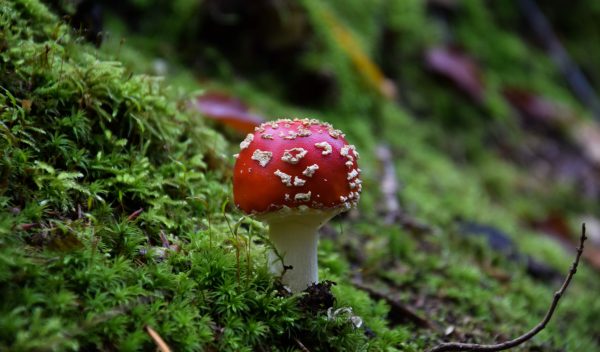 Photo by Tre Immagini on Unsplash.

My job comes with two levels of insurance: HMO and PPO. I have a nomadic existence and worry a lot about getting the care I need when I need it. My mother has always encouraged me to go for the more expensive insurance, because even as a young, relatively healthy person, you never know what could happen. As a worrier from a long line of worriers, I pony up for the PPO, which is only an extra $40 a month. This recently became very important because I thought I was little bit sick and then became very sick. My mother was right: fate can come knocking at any time.

The day after the 4th of July, I was a bit snuffly. Three days later, I woke up with what I believed was a hangover and a wee cold after an opening night party. The “hangover” did not abate after twelve hours. In point of fact, I had developed a high fever and had to call a friend because I was rapidly declining and could no longer hold down fluids.

This was the beginning of the worst sinus infection I’d ever had. My friend came over with Gatorade, hot tea, and fruit in syrups to try and soothe my stomach and rehydrate me. She also made me promise that if my fever hadn’t broken in three hours, we were going to the ER. It broke.

The next morning, I called my doctor, who called in antibiotics ($5) and a preventative round of Diflucan ($5). I am prone to sinus infections and they typically do not abate after 7-10 days, which indicates that they are bacterial, not viral. My doctor has treated these infections many times with antibiotics, so we figured there was no reason to worry. I feverishly snaked through the aisles of Kinney’s for more Gatorade, toilet paper, a new neti pot and salt packets, and tissues ($41.92). I would also get my friend a Stewart’s gift card ($20), a Sierra Nevada six-pack ($8.99), her favorite farmers’ market eggs ($3), and a bunch of farmers’ market flowers ($3) to thank her for saving me from the world’s worst sinus infection.

I took three days off of work and declined a day of optional weekend work. I believed my story was done. I was wrong.

The teeth on the right side of my head were throbbing after Thanksgiving, so I plucked up my courage and went to the dentist. I pay for dental insurance and it covers two cleanings each year, but I am lazy and hate the dentist, so I hadn’t been to the dentist in over three years. (It is possible that I wanted to believe that paying for the insurance meant I didn’t actually have to go to the dentist.)

My new dentist determined that my teeth were fine, but I had a minor sinus infection that was pressing down on the roots of my molars. I needed antibiotics ($5), and I also loaded up on Ricola, Gatorade, another neti pot with salt packets, and cheesy popcorn at CVS ($37.59).

I was fine for two weeks and then the infection came back with a vengeance while visiting my boyfriend in NYC. My doctor fielded another phone call for my antibiotics and diflucan ($10). My boyfriend generously plied me with soup and tea for the weekend.

I started feeling better, so I didn’t take any days off work.

Another cold, this time with my mom visiting. I went to the urgent care ($30). A sinus infection! Who could’ve predicted that? I got more antibiotics and Gatorade at Shoprite ($11.56). My mother bought ingredients for soup and took care of me for four days.

I took two days off of work.

I became very ill the day before Valentine’s Day. Recognizing what extreme snot with achy teeth and face probably meant, I had my doctor call in yet more antibiotics ($5).

My boyfriend had come to see me for this corporate holiday, and my cold really ruined it. Instead of sneaking champagne into the movies and going to a fancy tasting menu dinner, he made me my favorite gluten free ramen and tea and picked up sushi while I recovered. I bought Ricola and snacks at Trader Joe’s ($22.58) and a two-pack of neti pots on Amazon ($20.50) so the world’s most patient boyfriend could also have one! (It is recommended to replace your neti pot every three months, which explains this recurring expense.)

I took two days off of work. Boyfriend seems to like his neti pot.

I became slightly sniffy, and here’s how my mother responded: “I won’t keep listening to you bitch about your sinuses until you go to an ENT. Check your email, I looked up the three best ranked ENTs in your area, so pick one.” My mother is a straight shooter and I should have taken this advice much earlier.

I picked the first one on the list and got an appointment in a miraculous four days. During my initial examination ($30), he stuck a long flashlight up my nose and told me my sinus was completely blocked and oozing. He asked if I had any trouble breathing, but to my doctor’s amazement, I didn’t. Still, my teeth hurt and so did my orbital bone. I would start a round of stronger antibiotics and steroids ($10) to see if that would clear things out.

These new antibiotics tasted like nuclear waste and didn’t work. To find out what was up there, I would need a CAT scan, which I got the next week. It was amazing to see inside my head — the right side was totally opaque, which meant the entire sinus was full of… what?

I had a bad habit of putting cereal up my nose as a kid, so my mother assumed a decades-old Rice Krispie was responsible for all of this. At my follow-up ($30) at the end of the week, my doctor also had a guess, but we wouldn’t know what was up there until he went in there and got whatever it was out. I was scheduled for a nasal endoscopy and sinus fire sale — everything must go! Upside: you get a free neti pot for your post-surgery irrigation under the global surgery charge in my insurance!

I had to go to my GP for a general health clearance for surgery ($20) where he noted the right side of my face was puffy but cleared me. I worked a bit of overtime to make up the four hours I missed by going to a doctor’s appointment. My ENT issued scrips for more filthy-tasting antibiotics and steroids and post-surgery painkillers ($20.46).

I went in the Monday before Memorial Day. The steroids were making me have a lot of feelings so I wound up weeping uncontrollably as my IV went in, and a kind nurse got me a selection of magazines to distract me because “You look absolutely miserable. We can fix that!”

Here is the recovery room transcript (please note I was coming off of anesthesia, which was $176.13):

DOCTOR: Everything went smoothly and you are going to be fine! We removed the blockage and you’ll be back to your old self in no time. Please tell your mother it was not a Rice Krispie.

ME (vaguely): She’s going to be so pissed…

ME (sudden brainwave): Wait! WHAT WAS IT?

DOCTOR: A ball of fungus. Anything else?

ME (smug about being a medical oddity and feeling sleepy): Nope. (DOCTOR almost makes it to the door.) WAIT! How big?

DOCTOR: The size of a golf ball!

DOCTOR: Yup! I’ll have pictures for you at your appointment!

DAD: How do you get that?

My saintly mother got me a travel pillow so my head could remain upright at all times during sleep for the next week. I went back to the doctor for my follow-up on Friday. Apparently, we are always breathing in dust and spores and air garbage. Very infrequently, spores get stuck and they grow. Nothing seems to cause them and you cannot prevent them. Upside: very little chance of recurrence, as they aren’t that common.

I could not bend down or lift heavy things, as it would cause my brain to pop and things to go badly inside of my head. On my way back to my home in upstate NY, I squatted down to pick up a small strawberry plant my Dad had gifted me and I split my pants all the way down my rear ($dignity). Upon putting this in my car, I realized that, now that my head no longer had a giant fungus in it, I could smell! My car smelled like rotten death. I immediately went for an oil change and wash, with vacuuming ($59.99) and had to apologize to everyone who had ever been in my car. Upside: pizza and Cheetos smell so good.

I had to use distilled water to neti pot six (not a typo) times a day. I bought more pre-measured salt packets and water by the gallon ($16.96). I took six days off of work as my recovery was a little bit slower than anticipated.

My work thankfully covered the cost of dust masks, which I needed to wear any time I was in a dirty area. Theater scene shops are universally filled with sawdust, so I wore a mask at work every day for the two weeks post-surgery.

I finally got up the nerve to blow my nose exactly one month after my surgery. Something had been tickling me and I decided it was time. It was my nasal stent, which they didn’t tell me they’d installed because stents are supposed to dissolve. I panicked a bit because it was like blowing toothbrush bristles out of my nose. Thankfully, my second follow-up was the next day. I drove back down to my doctor, which is a long journey involving a gas fill up ($33.49). All of my follow-ups were covered under my doctor’s global surgery charge ($161.77), as was my CAT scan. I worked one weekend day to make up for the day I took for my follow-up.

I am now fine, I can smell and breathe like a normal person, and I haven’t had an infection since! It has been amazing. I am allowed a third follow-up, but my doctor says that since the chance of recurrence is so low, I should only visit if I feel sinus symptoms returning. I have not yet, thankfully.

My insurance costs $1,207.20 per year, which is about how long this journey took.

Morel of the story: go to the doctor as soon as you think something is wrong. You have no idea how mushroom is in your head. If you need a good ENT in the central Jersey region, I can give you a great recommendation. My doctor is a really fungi.

PropicalStormAllie is the daughter of two Boggle enthusiasts from upstate New York. She works as a prop master, loves golden retrievers, and has been fungus-free for almost a year.

1. We Did Good, Billfold
2. Question Wednesday
3. What I Learned From Five Years of Writing and Editing for The Billfold
4. How a Program Assistant Dealing With a New Paycheck System Does Money
5. Classic Billfold: What I Wanted From My Move to Portland and What I Got
always tell your patients about their stentsfungushealthhealth-insurancehealthcarenosewhat if the fungus fed off a rice krispie thoughwhen the snot hits your nose and you blow and you blow that's a morel