A Friday Chat About Salary Negotiation 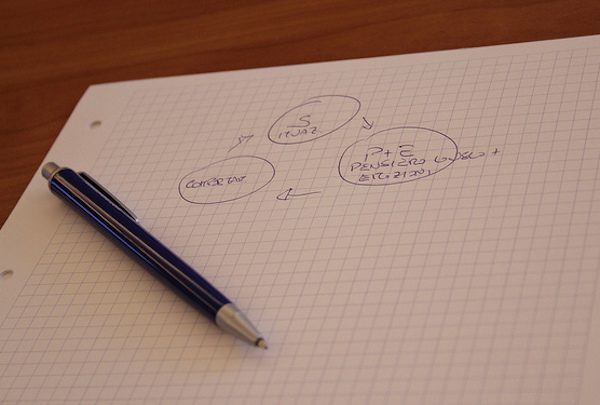 MADRIGALIANA: Happy Friday! What are your plans for the weekend?

NICOLE: I got the final proof copy of my novel, so this weekend is all about reviewing it for any last mistakes and checking in with my designer to see if she’s spotted any mistakes. We have to submit final files on Monday. How about you?

MADRIGALIANA: Oooh, you’re so close to wrapping it up! This weekend I’m planning to plant a garden for the first time. We moved into a house in December and I started little seedlings in February. It’s time for them to move outside and hopefully turn into vegetables in a few weeks.

NICOLE: Fresh string beans are so good. We used to have them in our backyard garden as a kid.

MADRIGALIANA: We did too! Great memories.

NICOLE: So… when you reached out to me to do a Friday Chat, you said you wanted to talk about salary negotiation. You just finished your first-ever negotiation? CONGRATULATIONS, for starters. How did it go?

MADRIGALIANA: Yes! So as a background, this came out of me initially looking to transition into another job. I felt dissatisfied last fall and had been told by my boss that I was at the top of my salary range for my role. There were no opportunities to move internally so I started the long search to move elsewhere.

I put a lot of time into networking and job-searching, with the intent of moving on prior to the busy season, which is starting now.

A few weeks ago, I ended up with a great offer that paid about 10 percent more than my current role, with room to grow and less taxing responsibilities. I was super convinced that it was right for me and just had to wait a couple of weeks for my boss to come back into town to break the news.

NICOLE: And so you waited, and then…

MADRIGALIANA: During that time, I spent a lot of time trying to compare the roles and figure out what I valued. I found a “Job Values Inventory” spreadsheet that lets you rank various job attributes and compare roles. To my surprise, I found that both jobs were pretty similar.

So when I went to discuss with my boss, I had an idea of what salary I wanted to make and what tasks I valued most in my current role. I felt that I had more to offer and could take one more responsibilities.

Coincidentally, another manager at my level left unexpectedly without notice on the day we were scheduled to talk. That also added an element of guilt — we’re a small team and two people leaving at the same time would cause problems for the organization.

NICOLE: To be fair, every career expert would say “don’t worry about that, those aren’t your problems to solve.” But I get it.

MADRIGALIANA: Yeah! And it was tricky because the offer was coming from a partner we work with, so they were also concerned that the transition be smooth.

NICOLE: So how did you have the conversation with your boss, and what happened?

MADRIGALIANA: The conversation came out of a regular check-in and discussion of how we were going to cover the work of the other manager. He asked if I was interested in a project and I said, “Yes, but actually… I am also in a tricky situation right now. I have been offered another position with a substantial pay raise and room for professional development.”

MADRIGALIANA: He was surprised, but asked what the new pay rate was and what I was hoping to get out of the move professionally.

It was hard to answer because it wasn’t just about the money (as un-Billfold-ian as that sounds!). But I told him roughly what the new pay rate and how the job aligned with my core interests. I was not expecting a counteroffer, just a chance to wrap up my current work and maybe come back as a consultant.

He asked what it would take for me to stay with the company, and again I didn’t have a flat number. It was a mix of salary and opportunities to learn more about different areas.

So we ended the conversation on a unsettled note, and agreed to come back the next day and work out a plan.

The next day, we sat down again and I told him that I was looking to match the salary on offer, and that I was willing to take on more responsibilities. He then offered to TOP it for the same amount of work. His rationale was that “the market sets your value” and that if I was getting offers for my current salary + 10 percent, I wouldn’t be happy with that in a year or two.

That was a total surprise to me, but after some thought I agreed to take it. I think I had a “grass is greener” mentality and was idealizing the new job when my current job is actually pretty good.

I know the traditional advice is “keep moving if you want to increase your salary” but it’s about more than salary — having eight years of experience in one workplace is also a big deal and something that was hard to give up.

Does that answer the question?

NICOLE: Hahaha I am sure! I’m really impressed that you took the time to think about the two jobs and what you wanted out of your career. Do you have a link to that spreadsheet you mentioned?

MADRIGALIANA: I do! It’s from MindTools. It asks you to rank factors by how important they are to you, then multiply by how present they are in each job.

NICOLE: OOOOOH I am excited to take a look! Let’s end this here and discuss the spreadsheet — and negotiation tactics — in the comments!