How the Wonka Kids Do Money: Charlie Bucket 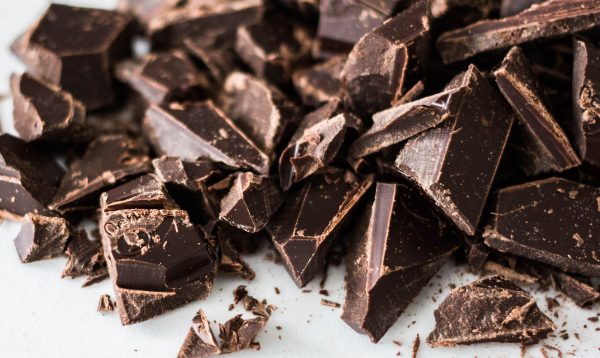 Photo by Charisse Kenion on Unsplash.

For his first two years at the chocolate factory, Charlie followed Wonka’s orders. He ran everything the way Wonka had done it, which is to say he told his Oompa-Loompa assistants to “do as Mr. Wonka would.” Then he would sit in Willy Wonka’s former office and ask himself how it was possible that he had come to own a factory.

Charlie didn’t want to bother his father, first because he’d been told his whole life to let his father rest, and second because his parents had enough to deal with, between retrieving personal items from their now-condemned house and researching care options for his grandparents. (After the incident with the Great Glass Elevator, Grandma Georgina had declined mentally to the point where living at home — and the Buckets still didn’t even have a home, they were all crammed into what had formerly been Wonka’s bedroom — was not an option.)

But after all of that had been taken care of, and after Charlie’s father stopped looking so tired all the time, Charlie finally asked.

Charlie wasn’t able to implement all of his father’s suggestions right away. He didn’t have access to the factory’s books, which the Oompa-Loompas were managing the way Wonka would — and when he asked his assistant to bring them to him, he didn’t understand them. So Charlie hired an accountant, which was the first Wonka rule he broke, although maybe it had already been broken when he and his parents moved into their new home. Nobody ever goes in, and nobody ever comes out.

The accountant did not, as Wonka had feared, steal any intellectual property. He did, however, have his own difficulties understanding Wonka’s bookkeeping, and suggested that Charlie start a new business with his own books. Wonka had, thankfully, provided proof of transfer and ownership, although it came on a slip of paper torn in half. Still, the accountant advised, it would probably hold up in court should Wonka ever return and file a lawsuit — which everyone agreed he was unlikely to do. (“We should be the ones suing him,” Grandpa Joe had said.)

So Charlie and the accountant filed for incorporation. That was the second broken rule. After that, there were no more rules to break, since the business was now Charlie’s and he could run it however he wanted.

Charlie started paying the Oompa-Loompas, because he was uncomfortable with the idea of running his factory on slave labor. (He had gotten through both the slavery and the colonialism units at school, repeated every year, until he was old enough to drop out and take the tests that would allow him to apply for an online MBA.) Although Wonka had given him that line about how grateful the Oompa-Loompas were to have been rescued from their terrible lives in some far-away country, Charlie knew that was the kind of thing factory owners said to make themselves feel better about how little they compensated their workers. His father had heard the same kinds of blovious statements at the toothpaste factory: We’re all family here! We can’t do raises, but there’s free coffee on Fridays! It costs a lot to run a business, after all.

Well, that last part was right.

Grandpa Joe had told him to start charging the Oompa-Loompas for room and board, but Charlie felt like he owed the Oompa-Loompas the opportunity to remain in their homes without a wage deduction, they had to be owed some kind of reparation for decades of unpaid work. (Plus, Grandpa Joe shouldn’t be telling anyone to charge for room and board; he’d never paid a penny to Charlie’s family.) Which meant that, a few years into Charlie’s ownership, Oompa-Loompa families started visiting his office to announce their resignation. They had savings now, and investments. They wanted to go to school, or travel, or take other jobs. Charlie had hired people to lead the types of seminars that taught the Oompa-Loompas about savings accounts and educational opportunities, and now they were going after those opportunities.

Which meant that Charlie had to hire additional staff, and since the people he hired weren’t interested in living at the factory, he felt obligated to offer them higher wages to ensure that everyone had an equitable compensation package — which meant his new employees were charging him for not using room and board. Then there were a few incidents that could generously be described as culture clashes and not-so-generously described as racism, which meant hiring more people to lead more seminars.

All of this meant that Charlie was running the factory into the red.

Also, he owed four people a lifetime supply of chocolate.

Charlie had nightmares. He was a child again, taking his Golden-Ticketed factory tour and breaking a rule he wasn’t even aware of. In these dreams, he’d touch something or taste something, just like all the other children, and Wonka would punish him. He’d wake up trying to remember: had there been a moment when he’d done something wrong? He reached out to the four other Wonka Kids, now adults like he was, in the hopes that one of them would take him up on his casual offer of coffee so he could ask.

None of them did, but he got to email with Mike for a bit. Mike and Charlie had been on the tour the longest, and when Charlie finally asked whether Mike saw him do anything wrong, Mike responded: I don’t remember you doing much of anything, really. You were quiet. You looked hungry, but unlike the rest of us you didn’t take anything you weren’t offered.

I think the problem is that I did take what was offered, Charlie wrote back.

We all took what we wanted, Mike replied. And then Wonka gave it to us.

It made sense. Mike made his living watching television. Augustus was a food critic. Veruca had enough money to turn fantasies into action. Violet had really only liked gum and her best friend — and Charlie knew that when he had walked towards those factory gates all those years ago, he had two secret wishes: to have an infinite amount of Wonka bars and to be warm. He had been so cold, back then, but now the the heat of the factory surrounded him. Choked him, some days, when the steam came off the chocolate river. Wonka had given all of them their dreams come true. The question was whether he had also given each of them what they deserved.

1. We Did Good, Billfold
2. Question Wednesday
3. What I Learned From Five Years of Writing and Editing for The Billfold
4. How a Program Assistant Dealing With a New Paycheck System Does Money
5. Classic Billfold: What I Wanted From My Move to Portland and What I Got
booksfictionwonka kids