The Cost of a Roman Holiday 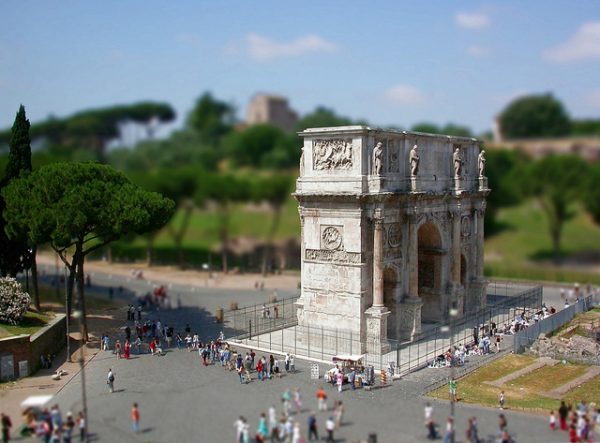 Mostly I travel two ways: by armchair and by stomach. Planes, trains, automobiles, I don’t really do a lot of that. Generally I stay at home and read about what other people ate. MFK Fisher’s Provence, Andrew X Pham’s Vietnam, Calvin Trillin’s nostalgia. Not to mention websites like Taste and Roads & Kingdoms. If you want to convince me a place is worth the trouble of getting to, tell me what’ll be on the menu when I get there.

About twice a year I buy a ticket, though generally to someplace familiar. Sometimes these feel like real vacations (Seattle/Portland to see friends) and sometimes, not so much (New York to see family). It’s not that I wouldn’t like to go further, I just always seem to find some reason to talk myself out of it. Not until after the holidays. Not until after taxes. No, now it’s planting season. Then it’s wedding season. Then it’s fall and I’m saving up for the holidays — gifts, travel, etcetera — and then the pattern repeats.

But this year, I broke pattern and opted out of Christmas. Rather than fly into JFK and navigate a series of trains and the houses of relatives, I spent the day eating takeout and binging the first season of The West Wing. Among all the holidays I’ve ever had, I would rate Christmas 2017 second only to Christmas 1995 when in one morning I received the double bounty of both a boomerang and a BB gun. By going the staycation route this past Christmas, I saved around $400 in travel costs. That money would normally be earmarked for the decidedly unsexy task of paying taxes, but I feel better about my reserves this year. Or, in the event of a cash shortfall, my ability to hustle the remainder.

I began thinking about where else I could go with that holiday money. This forced out of my standard thought process vis a vis money and travel: cash is finite, and the less of it you have, the more you have to think about it. Why pay just to drink coffee somewhere else? A $533 round-trip ticket to Tokyo might be cheap, but fantasy comes even cheaper. I’ll just stay home and re-enact the opening pages of a Murakami novel: make pasta, listen to Mendelssohn, then go lose a cat.

No, I told myself. Not this time. Enough books. Enough rationalizing. Enough of “not quite yet.” Am I ever going to have those adventures? Or go on letting other people have all the fun so long as they allow me to read about it? I’m flat-out tired of interpreting financial responsibility as self-deprivation. The idea that we’d all be saved from our financial woes if we just stayed home and bought fewer lattes? Phooey. It’s exhausting having to rationalize and defend every dollar that leaves my wallet. I don’t think I deserve a vacation, but damnit I want one.

I kept an open tab in Kayak’s “explore section” for trips within my price range. (Around $700 was the most I was willing to budget for a round-trip ticket, since I don’t want to spend more on a flight than I would on rent.) When a round-trip, ten-day ticket to Rome came up for $460, I took two days to think on it — lightning speed for me — then snapped it up. Even though my travel rules are “no changing time zones for less than three days, no changing coasts for less than a week, and no changing continents for less than a month,” I’m prepared to make an exception.

Ten days will be plenty of time for me to see more than just the show they put on for the tourists, plus I’ll only be missing nine days of messenger work. I’ll put up my room for sublet while I’m out, but if there are no takers, I’m not missing so much income that it would sink me. While I’m in Rome, I’ll probably hit a hostel for a few nights, and for the rest there’s couchsurfing for while I’m in the city and a tent for while I’m outside it. (Who knew that one of the largest national parks in Europe is only an hour-and-a-half outside one of its largest cities?)

I’ll budget for two or three higher-end meals, but mostly I’ll go for street food or cook my own meals wherever I’m staying. It’s what I prefer anyway. I don’t want everything to be special. I want the coffee the commuters grab on their way to work. I want to put in my face whatever the bus drivers and bank clerks are chewing. You know, do as the Romans do.

To make up the costs of losing nine days of work, I’ll use my travel experience to pitch interested publications (including this one). I’m also ready to part with some of those old books. The stories of others’ adventures. Just before writing up this draft, I boxed some up and sold them to a used bookstore — $13 for the lot — because every dollar counts. Then I used some of the money to buy a $3.92 bilingual dictionary and taught myself Italian on the walk to the register.

Whole minutes of diligent study, preceded by years of reading what’s been on other people’s menus.

1. We Did Good, Billfold
2. Question Wednesday
3. What I Learned From Five Years of Writing and Editing for The Billfold
4. How a Program Assistant Dealing With a New Paycheck System Does Money
5. Classic Billfold: What I Wanted From My Move to Portland and What I Got
budgetingRometravel