The Billfold
I'd much rather visit in summer

The Cost of Not Going Home for Christmas 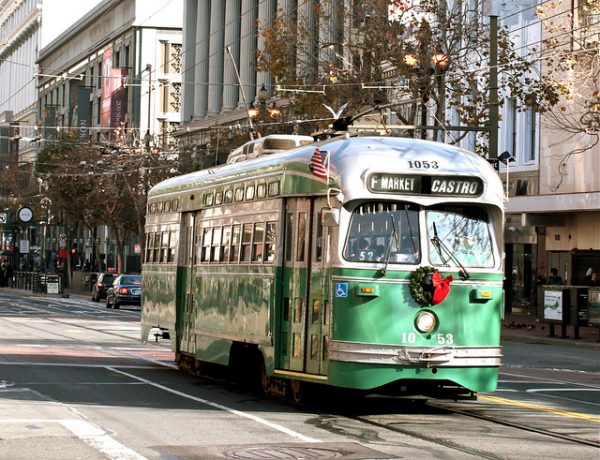 “Mom said you won’t be coming home for Christmas?” my dad asked over the phone. He sounded both surprised and hurt.

“I told you that last Christmas,” I said. We had been sitting in my sister Kate’s living room unwrapping presents with her husband and kids when I said directly to Dad that, as great as it was to see everyone, I’d rather switch to summer visits.

“And I told you again at Jones Beach in July,” I said to him. I had flown out for a summer family reunion so I could make good on that promise to switch up the calendar. We spent a day barbecuing at the beach, and he and I went to the Cloisters and hung out at Washington Square Park, where I reminded him about all the things that are so great about New York in summer.

“So this should not have come as a surprise,” I said.

Every visit east feels like planning a field campaign. I don’t have much in the way of winter gear, so I have to plan in advance to borrow from friends or have family meet me with coats at the airport. Plus it’s rough to travel with presents, and then I feel like I spend the whole time indoors getting schlepped around from house to house. Airfare from SFO to JFK is outrageously expensive right before Christmas, it’s exhausting to deal with the stress from having to fight everyone else who’s also traveling home for the holiday, not to mention finding a subletter for my house and arranging with my boss to take time off work between Christmas and New Year’s. Does Dad not remember that one time I got stuck in Chicago on a 20-hour delay and didn’t get to his and Mom’s place until 10 p.m. on Christmas Eve???

I’d much rather deal with all that in summer, when the airfare is cheaper, when I don’t have to worry about an insufficient wardrobe, when there’s no stress about coordinating schedules for a single festive blowout, and—critically—when I can spend more time outside.

Summer in San Francisco means a city full of fog. North Beach in July can be as cold and clammy as Manhattan in November. You know it’s time to skip out on the Golden Gate when you start dreaming about getting stuck on the M Line as you head from Penn to Brooklyn. When you fantasize about fanning away the heat as you wait in line for a bagel from the street corner cart.

“Well, is there anything you’d like for Christmas?” Dad asked. He knows there are things I’d like that I can’t bring myself to buy, but he also knows that I prefer to work for extravagances myself than receive them as gifts. When it comes to gifts from family, I prefer small presents that just made them think of me. Books, socks, those kinds of things.

“Then I know it’s kind of a cop-out but I’ll probably just send you a check,” he said.

This is the Wood Family Christmas irony. When I do go home for Christmas, my family gives me physical objects that I either have to jam into my carry-on for the flight back to SFO or pay to ship across the country. The one year I decided to stay put, my family mailed me about $300 in checks. I’m guessing it’s likely to be the same this year. Which means, by choosing not to travel east for Christmas, it’s not only likely that I’ll save money, but I may even come out ahead. It’s like being rewarded for one’s own good choices. I think of it as a holiday bonus.

Then I had a thought.

“What if you came out here for a visit?” I suggested. I’ve lived here for a decade and he’s still never come out. I told  Dad that off-peak airfare from Newark or JFK was usually about $300, which is what he and Mom sent me that one Christmas when I didn’t visit. Why not give us both a gift and fly out to see me instead? He can stay at my house, we can rent a car, hit up San Francisco, then drive down the coast to Big Sur, maybe even visit Yosemite. Why do I always have to be the one that gets on an airplane?

“I would hate dealing with all that travel,” he said.

“Just thought you might want to spend some time with your son on the side of the country that he lives on,” I said.

From three thousand miles away I could hear my father’s eyes narrow.

I know there’s a chance Christmas could be lonely this year if it means I spend it all by myself. But if it also means sparing myself all the usual frustrations I’ve dealt with almost every year since moving to to the West Coast, then it’s a trade I’m willing to make.

I’m very much looking forward to my bonus.

1. We Did Good, Billfold
2. Question Wednesday
3. What I Learned From Five Years of Writing and Editing for The Billfold
4. How a Program Assistant Dealing With a New Paycheck System Does Money
5. Classic Billfold: What I Wanted From My Move to Portland and What I Got
familyholidaysholidays and moneytravel