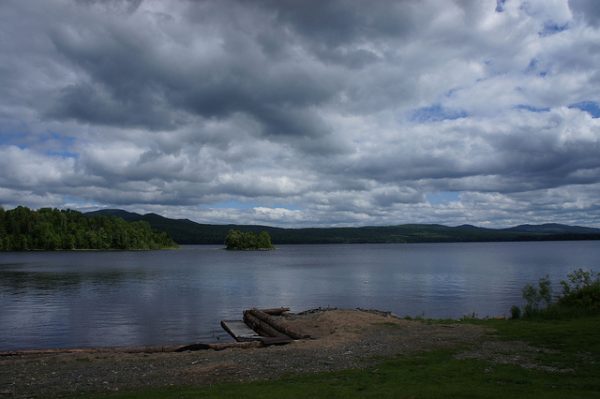 […] the woman claims that both the state lottery website and the ticket itself included the instruction to sign her name on the back, and she was not informed about the trust option. By signing her name, she has revoked her right to have a trust receive the funds.

She won her case. As the Washington Post reports:

Judge Charles Temple on Monday granted the woman anonymity and ruled that revealing her name would be an invasion of privacy, in part because lottery winners in general are subject to “repeated solicitation, harassment, and even violence,” Temple wrote in his 16-page resolution. He cited how a past lottery winner received a bomb threat, how another had received nonstop phone calls and how several others had received requests from strangers who wanted handouts.

Judge Temple did rule that the woman’s location could be publicly released, which means we now know that she lives in Merrimack, New Hampshire. Whether or not she’ll get doxxed is an interesting question, given that Merrimack’s population is a little over 25,000 and the judge also allowed the name of the retailer at which the woman bought the ticket — the Reeds Ferry Market — to be publicly released. Let’s hope people aren’t jerks, okay?

The woman’s lawyer has accepted the $559.7 million lottery winnings on her behalf — which, as the WaPo explains, nets “a lump sum of $352 million, about $264 million after taxes,” — and has already started donating the funds to various causes.

1. We Did Good, Billfold
2. Question Wednesday
3. What I Learned From Five Years of Writing and Editing for The Billfold
4. How a Program Assistant Dealing With a New Paycheck System Does Money
5. Classic Billfold: What I Wanted From My Move to Portland and What I Got
anonymitylegal issueslotteriesluckthe photo is of course an anonymous spot in new hampshirewindfalls