A Friday Chat About the Cost of Making Art 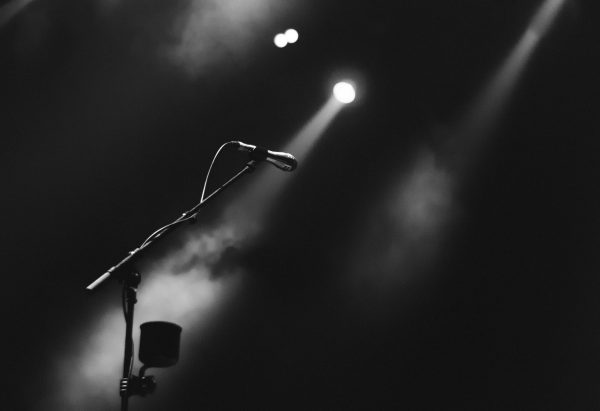 Photo by Oscar Keys on Unsplash

JESSICA: You too! Did Cedar Rapids get hit with this snow, too? I’m in Ohio and it is… not great out.

NICOLE: We got snow at the beginning of the week, plus a kinda wild windstorm, but most of it is melted now. I guess it makes sense that it’s Ohio’s turn.

JESSICA: I am very eager to be able to put my snow boots away for the season, but I should know better than to think that’s possible in March.

How was opening night of Ragtime?

NICOLE: It was so much fun! We’re expecting a bigger audience tonight, since Thursday isn’t always the best night for a three-hour show. But it was really nice to get to perform for an audience!

How about you? Have any plans for the weekend? Doing anything to celebrate DST?

JESSICA: I am going to see Neil Gaiman speak tonight, which I’m super excited about – I’ve seen him a couple times already, and he’s just so great live.

NICOLE: WHAT
SO COOL
SO EXCITED ON YOUR BEHALF
MAYBE A LITTLE JEALOUS

JESSICA: Haha, thanks! I got tickets for me and a few friends they second they went on sale.

NICOLE: Is he speaking on a particular topic?

NICOLE: I am sure it will be incredible. I love that “Evening with Neil Gaiman and Amanda Palmer” album.

JESSICA: Even just his voice is great? I love when he reads his own audiobooks. He could talk about basically anything and I’d be happy.

NICOLE: So since this is The Billfold, what does it cost to see Neil Gaiman these days?

JESSICA: $35 + fees for balcony seats, at least in Cleveland. Which is pretty reasonable, I think.

JESSICA: Interesting! That seems like a lot, but I’m sure a full musical production has a lot of costs.

NICOLE: The creative team did an event at the African American Museum of Iowa and that was one of the questions they were asked at the Q&A. Actually they were asked why we were only running the show for three nights.

JESSICA: Oh my gosh! That’s so much work for such a short run.

NICOLE: Our director explained that once you buy the rights (and you get charged per performance), pay the actors/team, build the show, etc., it costs $40,000, and the rights take up a huge part of that cost.

NICOLE: So when they get more money, they’ll do more shows.

JESSICA: I had no idea it was that expensive.

NICOLE: Yep. I’m making a donation later this month. Theoretically tax-deductible but we already know that’s not going to be likely this year.

JESSICA: Yeah. I’ve never made enough to make itemizing my deductions worthwhile, so that won’t change anything for me. But I’ve always worked in nonprofits and I’m worried for all of them.

NICOLE: Me too. BTW I just checked Neil Gaiman’s website to see if one night with Neil cost as much as staging Ragtime and he does not precisely mention his speaking fees:

JESSICA: Hahaha! I’ll be curious to see what he talks about; it’s not part of any speaker series, as far as I can tell? It seems very random.

Cleveland has a fantastic speaker series, in partnership with one of the universities and the library, which is actually where I saw him last time. I knew they must pay a lot — they brought Margaret Atwood and Colson Whitehead this season.

NICOLE: Oh wow. I clearly need to make a trip to Cleveland!

JESSICA: It’s pretty great! I actually live in Akron? Which is about 45 minutes south, but it’s nice to have a Big City nearby for things like this.

NICOLE: I went to school at Miami in Oxford, and we took a special trip to the Steinway Museum in Akron! But most of our big city-ing was Cincinnati.

JESSICA: Okay I had to look up the Steinway Museum, because I have not heard of it and I know A LOT about this city. Apparently it moved in 2013.

NICOLE: I wonder how much it cost to move all those pianos. And on that note, have a great weekend! Enjoy your evening with Neil Gaiman.

JESSICA: Thanks! Enjoy your Ragtime weekend!