The Dow Is at Its Highest Ever (Again) 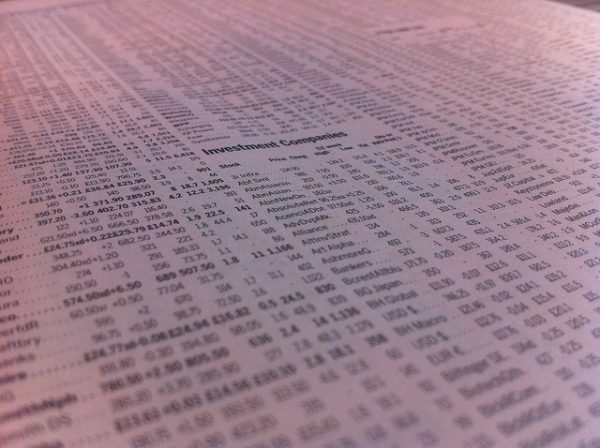 I read The Bogleheads’ Guide to Investing last night — full disclosure: I skimmed some of the chapters that didn’t really apply to me, like the one on saving for your kids’ college education — and although I found much of the book very helpful, I still have a lot of questions about investing.

Like… should I really be investing right now, when the Dow is at its highest ever?

For the Dow, encompassing 30 large publicly traded companies, reaching the 25,000 milestone holds more symbolic than practical value. It has risen steadily since 2009, but has marked 2017 by repeatedly marching through record levels. The Dow passed the 20,000 threshold days after President Trump took office then kept climbing, posting 71 record highs last year. It passed 24,000 on Nov. 30, making the latest 1,000-point run the fastest in its 120-year history.

That’s from the Washington Post, and they quote an analyst who suggests that the Dow will hit 30,000 points before the downturn begins, which… okay, so do I wait until that downturn or not?

This question isn’t particularly relevant to my personal investing plan, because I’m going to be playing with smaller chunks of money. (If I get all of my anticipated freelance checks this month, I’ll put $329 — five percent — in the investment account.)

But it’s an interesting question to apply to my retirement savings, since I’m about to drop $5,500 into my 2017 IRA contribution plus roll over my 403(b) account.

Side note: You might remember that last year I considered rolling over my 403(b) but ultimately decided against it after learning that I’d still have to leave a small percentage of the money in the account thanks to this annuity that locks the cash until retirement. I was thinking of it in completionist terms — if I couldn’t roll over all of the money, might as well keep it where it is. Then I realized that I had enough money in the 403(b), if I rolled it over, to buy into the Vanguard Admiral class funds, and I was all YES LET’S DO THAT.

(Admiral class funds come with lower expense ratios, but in most cases you need a $10K minimum investment. I’m also going to have to invest directly with Vanguard, I think, because I’ve heard Capital One Investing doesn’t offer Admiral class. This whole thing is way too complicated.)

Anyway. Back to the question of market timing, which… look, if you go to the Bogleheads forums you find slightly more than half the people saying “just invest and don’t worry about it, the market historically goes up” and the rest of the people saying “either wait for the downturn or dollar-cost average so you don’t invest your entire lump sum on the day the Dow is the highest ever.”

And obviously I am not going to prescribe either answer because I am IN NO WAY AN INVESTMENT EXPERT.

Anyone else thinking about this question right now?

1. We Did Good, Billfold
2. Question Wednesday
3. What I Learned From Five Years of Writing and Editing for The Billfold
4. How a Program Assistant Dealing With a New Paycheck System Does Money
5. Classic Billfold: What I Wanted From My Move to Portland and What I Got
investingiraretirementstock-marketthis whole thing is fascinating and also frustrating and a little terrifying