The Billfold
What's In a Name

The Cost of a New Last Name 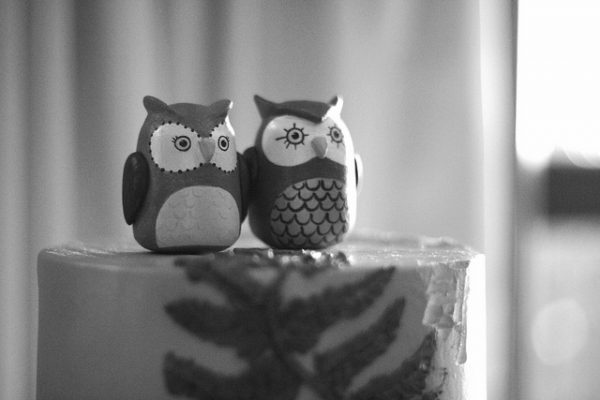 When my husband and I got married, we decided to create a new last name together. This somewhat unconventional decision has come with a number of unexpected costs. The process for one spouse taking the other’s last name is comparatively streamlined, but a totally new name is pretty complicated and not cheap.

In the lead-up to our wedding, we debated just about every name option. I was definitely opposed to taking his last name, and he similarly was not interested in taking mine. We don’t like the symbolism of the woman taking the man’s name and subsuming her identity under his, and we couldn’t get away from that feeling were I to take his name. Also, as a bi woman married to a man, going off gender scripts and expectations was important to me as a way to honor that part of my identity — since, had I married a woman, no one would have expected me to take her name.

We could have just kept our own names, which would have had the benefit of being free and easy. While this option was appealing, we liked the idea of a shared name, and figured that the logistics headaches down the road would offset the benefits of the immediate ease — if we had children, for example, whose name would they get? Hyphenating would perhaps be a middle-ground option, but a) our names do not sound good together, and b) this option also seemed to just make things messy and complicated down the road.

After toying with a mash-up name combining some part of each of our names (rejected because all options were comical and/or dirty sounding), we landed on a completely new name, symbolizing our completely new family.

We worked the name into our wedding invites and decorations, updated our social media and electronic identities, and then had to face the slog and costs of making it legal:

$29.95 at NameChangeNextStep.com. This site is designed to help newly married people change their names (mostly women, as is clear from quotes like “you can be assured that you are completing the most up-to-date forms available for brides”) by walking them through the process, generating forms, and helping them make sure they didn’t forget something important. It was moderately helpful to us since our situation fell a bit outside the norm.

$120 on court costs. Had I just taken my partner’s last name or had he taken mine, this would have been free (well, it wouldn’t have added to the costs of the marriage license). If you just want to change your name, though, it will cost you $60 in DC, to be paid in cash. We also got to spend some quality time together wandering around the courthouse, filling out forms, getting our hearing date, and getting lost.

$23.42 for sending notifications to our creditors by certified mail. As we learned, the reason you have to wait between filling out the paperwork and your hearing is to ensure you’re not trying to escape debt and to give your creditors sufficient lead time to come to your hearing and contest. We were told to bring our certified mail receipts to the hearing, but I think if you send it regular mail you can then try to get your creditors to send you some other proof of receipt.

Mostly this process seemed to confuse everyone, though; my bank responded by changing my name on everything preemptively and issuing me new cards; my husband’s student loan servicer responded by telling him this was insufficient for them to change his name in their system (note that he was not asking them to do so), but then they changed it anyway. None of them objected or showed up to our hearing.

We also thought we’d need to run an ad in a local newspaper, based on the online directions we found, but apparently they’ve stopped requiring that.

$16 for Lyfts to and from our hearing. Yes, this doesn’t qualify as a required expense for this process, but on our hearing date it was absolutely pouring, I was still breaking in boots after a summer in sandals, and I couldn’t face walking.

The hearing itself was a lovely time. We got called in along with one other person who was changing their name. When it was our turn, we got sworn in, the judge asked a few clarifying questions to make sure she had all of the changes correct, and then asked us the story behind the new name we picked. She thought it was wonderful that we had decided to do this.

Armed with our new last name and about 10 court order copies each, we had to start changing all our identification documents. I found this process unreasonably stressful, since it meant for about three months we were in flux with Social Security cards, driver’s licenses, and passports reflecting different names.

$0 for new Social Security cards. Even though we got to the Social Security office before it opened there was already a long line when we arrived, so we got to spend a few hours enjoying the looping video about their website. They also required fewer documents than expected, which was fortunate considering we somehow grabbed our car title and the receipt for the court fees instead of our birth certificates.

$40 for new driver’s licenses ($20 each). Sadly, we didn’t get new expiration dates, so I’ll need to do this all over again in just a couple of years. In good news, even though we failed to bring a banking document they wanted for proof of identity, they let me email it to them while I stood at the DMV counter, which I thought was quite nice of them. Also, our car didn’t get towed (we were unsure about the place we parked) which would have skyrocketed the cost of this venture.

$110 for my new passport plus $60 to expedite it. I travel quite frequently for work, and took multiple international trips using my old name since I didn’t have a reliable window when I could be without my passport. The fee to expedite is steep, but I got my passport in about two weeks. I was able to get the photo and mailing handled through my job, so that was free for me.

$110 for my husband’s new passport plus $21 for mailing it. Fortunately, he doesn’t travel internationally enough to need to expedite.

$14 for Lyfts to and from the Global Entry Enrollment Center. I do feel a bit guilty about paying for rides, but I went during the deep freeze that we rang in the new year with, and I wimped out (on the one hand, these rides were cheap, but on the other hand that shows that I wasn’t actually taking them that far and walking was feasible). My Global Entry is still good for a few more years, but you have to go in person to get them to update your name and add your new passport number. No fee, though.

2.5 days of PTO for the various hearings and appointments.

There have been a number of other institutions we have had to notify, but none have come with fees or required us to incur the costs of days off from work.

Some of these costs (new IDs and passports) we would have had to pay even if one of us just took the other’s name. If anyone ever tells you it’s easy to change your name after marriage, they are lying, even if you are choosing an easier option than we did.

One surprising result of all of this has been people’s reactions. To put it bluntly: people think my spouse is a good feminist for changing his name and that I am a bad one for changing mine, at least until I explain that he changed his name, too (at which point they usually say how progressive he must be, le sigh).

That all said, now that the dust has settled a bit, I am glad we went this route. It’s been a bit of a hassle, but I love our new name and I love that it is ours and reflects our partnership.

Jennifer works in data and human rights. She lives in Washington, DC with her husband and their bunny.

1. We Did Good, Billfold
2. Question Wednesday
3. What I Learned From Five Years of Writing and Editing for The Billfold
4. How a Program Assistant Dealing With a New Paycheck System Does Money
5. Classic Billfold: What I Wanted From My Move to Portland and What I Got
legal issuesmarriagename changerelationshipsweddings