Paying for My Wisdom Tooth Extraction with an HSA 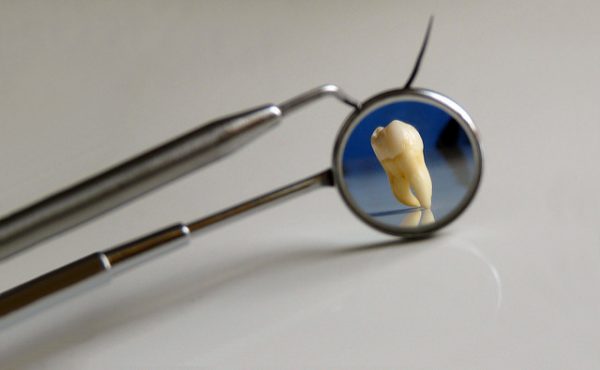 It was probably five years ago when my dentist first mentioned that I might want to get my wisdom teeth removed; I was technically on my parents’ insurance at the time and could have gotten the surgery without ever experiencing just how much it cost. I didn’t want surgery, however, so I waited. This year, my dentist told me that one of the teeth had “erupted” but was stuck; another tooth was coming in laterally, just running into the rest of my teeth. It was time.

I had an HSA from my employer, and summer is a good time for me to take time of work, so I chose to have the surgery this past July.

I didn’t know a lot about HSAs, but I knew that my options at work included a high deductible plan and one with a lower deductible, and I’d picked the higher deductible since it came with this HSA. I had very few medical expenses, and our company generously deposits $500 in our HSA every six months. I think I opted to contribute $25 a month to my own HSA, but mostly I felt happy that some “free money” was coming my way during a time in my life when I had inexpensive health needs.

My company also provided dental insurance. I heard on Oh My Dollar! that dental insurance isn’t often recommended, but this plan was provided to me through my employer with no extra monthly charge. They had a low option that was “free” to me, but they also had a $30/month option that would have given me much higher coverage on things like tooth extraction, as well as a much higher yearly maximum benefit ($2,000 rather than $750). When I used my insurance’s online estimator to guess how much wisdom tooth removal might cost, it looked like the surgery was going to be $2,600 or so. I was beating myself up for not picking the more expensive dental plan, which might have helped cover the costs, but I couldn’t go back and switch plans at that point.

The process of finding someone to conduct the surgery was arduous; my dentist could technically do it but only under light sedation, which sounded terrifying. They referred me to a university hospital, but the waitlist was long and the hospital was out of network — plus it was 20 miles away from home. I was also trying to schedule a surgery during a time in the year when I wasn’t very busy at work and could actually take time off to recover if I had any complications like dry socket; if I waited much longer before scheduling, I wouldn’t be able to get it done before work picked up again.

The surgeon I ended up selecting was not the least expensive option; despite being two blocks from my house, he was also not an in-network provider. He worked with my plan provider, however, so there were some “discounts” that my insurance was still able to get and a few things that the dental insurance provided partial payment for. The final estimate was around $1,700 — which felt great compared to that initial $2,600 estimate — so I moved forward because finding other oral surgeons who had availability in July was nearly impossible.

After a few years working for my company, I had enough in my Health Savings Account to buy $1,764.50 of surgery when I needed it. I am convinced I could have gotten it cheaper with another oral surgeon, but overall, it felt like magic to get out of surgery, lie at home for a week, and then be able to go back to work without worrying about a large medical bill to pay off over time.

The hubbub about HSAs makes me feel like they go two ways: on the one hand, they’re excellent savings vehicles during periods when you are spending very little on healthcare and your money can earn interest in the meantime. I am a good example of how a HSA is supposed to work: when a need arose, there was enough in my HSA to cover the relatively small cost for this surgery.

That being said, $1,700 is neither that much money to save, nor is it even close to a high medical bill. So HSAs both help a ton and don’t solve anything for people with either chronic conditions that require expensive medication, nor for people who find themselves with hospital stays that result in tens of thousands of medical bills. You probably know all this, but even though my experience this year made me extremely pro-HSA, I still hope that any coming changes to healthcare policy in the United States doesn’t treat them as the solution to the pressing issues in our medical system.

All of that aside, rather than trying to keep working on paying down our house fast right now, Husband and I have decided to figure out how to fund our 2017 HSAs before tax day; while paying on the house is one method of saving, the tax savings on HSA contributions have me convinced that it’s worth a few more months of house payments. I’m going to have to directly call our bank to do this, since there isn’t an easy transfer-in option, but its worth at least doing my due diligence.

I also ended up sticking with the low option on my dental insurance for 2018, since the $360 I saved in premiums on the better dental insurance might very well have been more than what the plan would have been covered on an out-of-network surgery. I still believe that a penny saved now is better than a hypothetical penny saved later — and it’s not like I’ll ever need my wisdom teeth taken out again.

1. We Did Good, Billfold
2. Question Wednesday
3. What I Learned From Five Years of Writing and Editing for The Billfold
4. How a Program Assistant Dealing With a New Paycheck System Does Money
5. Classic Billfold: What I Wanted From My Move to Portland and What I Got
dentisthealthhealthcareHSAsurgeryteeth