The Year We Saved $10K, If Mortgage Payments Count 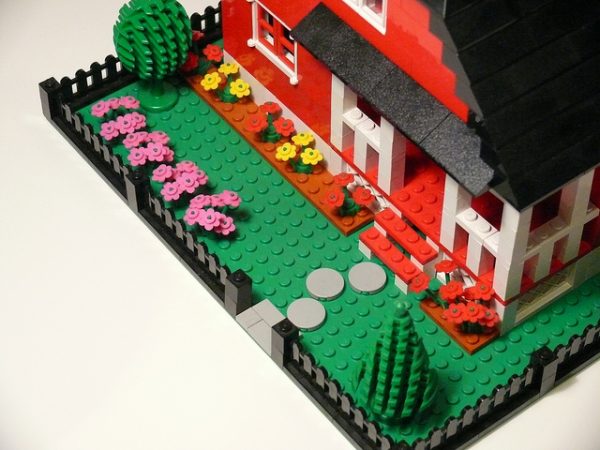 Having $10,000 in savings seems like a ton of money—to me, anyway, and probably to many others—but the way that my husband and I “saved” that amount of money was a lot less glamorous and might, technically, not be savings.

My husband and I assumed homeownership was not possible until a few years into marriage, but when we looked at the housing market in the town where we wanted to live, we realized it was really quite achievable. While nearby Cincinnati homes average $160,000, houses go for between $70,000 and $100,000 dollars in our neighborhood; even the nice, historic neighborhood next door regularly has houses going for $150,000 or less.

When the dust cleared after our mortgage, closing, and move-in, we realized that the house cost less than the rent on either of our past one-bedroom apartments. Yes, over the past two years we’ve run into unexpected repairs and maintenance that ran up that monthly cost, but we were nervous: what if we got out of practice with paying normal rates for rent? What if we wanted to move and had established a lifestyle based on having a very low payment? It seemed reasonable to take precautions in case our next location someday didn’t afford us so cheap a living.

After reading about how automatic savings helps people save more, we wanted a way to not have to “decide” how much to pay on the house every month. So we lied to ourselves and pretended our monthly mortgage payment was $1,000 more than it actually was. Our mortgage has no pre-payment penalties, so we were free to eat away at the principal as fast as we could. This year alone, we just passed the $10,000 dollar mark in extra payments.

This worked astoundingly well. Some months we had to scale our payments back a bit when big repairs or bills came in, but we made up for it by trying to pay more when there was room in the budget to do so. At the rate we’re going, we could end up paying for a whole (extremely inexpensive) house in four years.

There are a few advantages of having $10K in liquid savings rather than in home equity; while home equity loans exist, we don’t want that to be the way we get this $10K back. The only time we plan to “use” our home equity is if/when we move elsewhere. At that point, we anticipate that pretty much any housing market will have us paying almost double for less house than we have now, so we already know that our whole home value will only make a giant down payment on a future place.

Having $10K in liquid savings would be really nice as an emergency fund, but we already have one of those. (No, it doesn’t have $10K in it, but it has enough for emergencies.) And, because we don’t have a lot of anticipated large expenses coming up, putting money into a non-liquid form of savings that will most likely hold much of its value—like a house—is a nice way to restrict our spending by denying us access to that money.

Our mortgage is fixed at 3.25 percent, which isn’t bad, as far as I can tell from online research. At the beginning of the process, I saw eliminating debt as a no-brainer: I knew of no way to consistently get a 3.25 percent return on my money using my typical savings strategies. I have since learned that there are plenty of investment strategies that yield more than 3.25 percent over time, so I know that there are ways that carrying a mortgage and putting your money into a high-yield fund of some kind makes more sense. Nicole goes into this much more than I can in her discussions of The Value of Debt.

At the same time, there’s a part of me that feels like I’m just paying rent until I finish the mortgage, as if we don’t really own the house until it’s fully paid off. There is something deeply satisfying about the idea of owning our house outright in a few years and having only a couple hundred dollars a month in taxes and insurance as fixed housing costs. For now, I’m willing to pay the premium of less ROI to experience the feeling of making fast headway on our mortgage.

I know that most mortgages are much larger than ours is, since most towns and cities have much higher property values than ours, so the idea of paying a house off rapidly isn’t feasible in many contexts. However, for the readers who can reasonably pay extra on their mortgage from their discretionary spending, do you choose that or liquid savings or something else? I’m not sure I’d make the same decision again, but after working this hard to get close to a paid-off home, I think we are going to stick with it at least until this purchase is complete.

1. We Did Good, Billfold
2. Question Wednesday
3. What I Learned From Five Years of Writing and Editing for The Billfold
4. How a Program Assistant Dealing With a New Paycheck System Does Money
5. Classic Billfold: What I Wanted From My Move to Portland and What I Got
debthomeownershiphomesmortgagesaving