I Deliberately Took a Lower-Paying Job. Here’s How It’s Working Out. 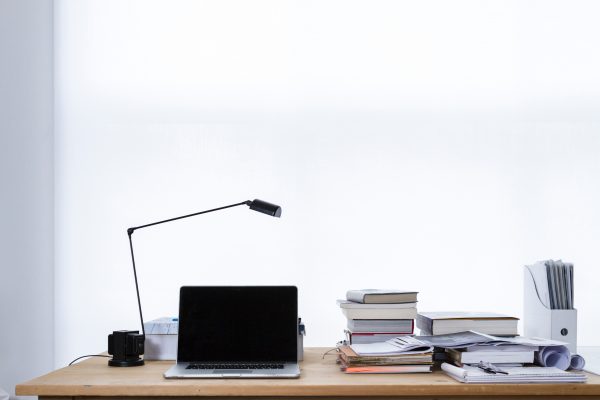 Photo by freddie marriage on Unsplash

At the beginning of 2017, I made the decision to leave my full-time job. I’d been there long enough, and tried various things to make it work out, but I knew it just wasn’t a good fit for a variety of reasons. It wasn’t what I wanted to do, and I didn’t like the way things were managed. I wanted more flexibility in my schedule, and to pursue the type of work I really wanted. I knew I was going to resign; it was merely a matter of when and how.

I’m not the type of person to leap without a net, so I started weighing my options before resigning and began interviewing for other jobs. I also took on freelance assignments in addition to my full-time job. I wrote at night, on the weekend, early in the morning, and on vacation days. I wrote basically whenever I had one minute to spare. By the time I’d resigned from my full-time job, I felt like I had amassed enough regular clients and landed enough clips that I could legitimately say I had a pretty robust amount of freelance work. I considered freelancing on a full-time basis, but I was worried about the unsteady income.

I also committed to saving as much money as possible, drastically cutting back on my discretionary spending. We didn’t take a summer vacation, although we did get a dog this year, which of course adds more expenses to our household budget, and we did have to do some work on our bathroom which really couldn’t be put off any longer — a significant, but one-time, expense.

I interviewed for one job where I really loved the place, the job description, the people, and the benefits. I received a job offer but the salary was about 30 percent lower than what I’d been making. I tried to negotiate for one of two things: either a higher salary or fewer hours, but my would-be boss told me it just wasn’t possible. Sadly, I turned down the job offer. I interviewed for another position, one where my potential employer was willing to meet my salary requirements. I was looking at a higher salary (and high job satisfaction) with this job — but also a much longer commute, higher taxes, and long hours. I’d probably have to pay for additional childcare. Factoring in all these things, it was probably less money than what I’d been making previously, when all was said and done.

Then, an opportunity came along to work with a former colleague who I’d known for many years and adored. It would be an easy commute, and I knew this person would be wonderful to work with. She already knew that I was looking for either more money, or more flexibility in my schedule, that I’d turned down that other job offer, and that I planned to continue to do freelance writing. “What if we could offer you that same salary as the job you turned down, but at three days per week?” she asked me. I accepted.

Now, I work in an office three days a week and work from home on freelance assignments (and lengthier writing projects) two days a week (sometimes more than that, as I’ll also work on nights and weekends to make deadlines). While some people might find some of this stressful (the deadlines; a fluctuating income), I’ve found that the benefits of this arrangement are outweighing the financial hit (which was less than I anticipated — but more on that in a moment). The stress of my previous full-time job was doing a number on me — I had constant headaches, stomachaches, and backaches, and I gained a whopping 25 pounds within 2 years (I never had time to exercise). Since I quit that job, I’ve hardly had any of those (no doubt stress-induced) physical ailments (and I’ve dropped 20 pounds). Feeling healthier and less stressed is worth more to me than a higher income.

I’ve also continued to save more money. Two days a week, my kid can come home directly after school instead of having to go to after-school care, so we’re saving money there. I’ve also been much more efficient with meal planning, shopping, prep, and cooking. On days when I work from home, I’ll often put a meal in my slow cooker and let it cook while I work, cooking in large batches and freezing some portions for later. On days when I’m going in to an office, I’ve been bringing my lunch to work about 95 percent of the time. We also cut our cable/internet bill in half by getting rid of various services we didn’t need.

My freelance income has made up some of the difference between my old job and my new one, so the discrepancy is actually closer to 20 percent instead of the 30 percent I’d anticipated. I only left my full-time job halfway through the year, so hopefully next year the gap will be closer to 10 percent, and even less than that the following year. My spouse also ended up taking on a new role with a higher salary, which also helped offset the income loss we experienced; I know this is not something that can be planned for and that not everyone has a two-income household.

I recognize, of course, that it is an incredible privilege in many ways to be able to deliberately choose a lower-paying job. While some might see it as a luxury, I saw it more as a necessity. I was miserable and unhealthy in my last full-time position and something needed to change. I think having a steady, reliable income while still having the time to pursue career goals, spend time with my family, and take better care of myself is a win-win. Already, I feel like I made the right decision, both for myself and my family.

Janine Annett lives in New York with her husband, son, and puppy in a house full of piles of books. Her writing has appeared in places like the New York Times, McSweeney’s Internet Tendency, and more; read more of her work at www.janineannett.com.

1. We Did Good, Billfold
2. Question Wednesday
3. What I Learned From Five Years of Writing and Editing for The Billfold
4. How a Program Assistant Dealing With a New Paycheck System Does Money
5. Classic Billfold: What I Wanted From My Move to Portland and What I Got
big life changescareersjobsquitting-your-job