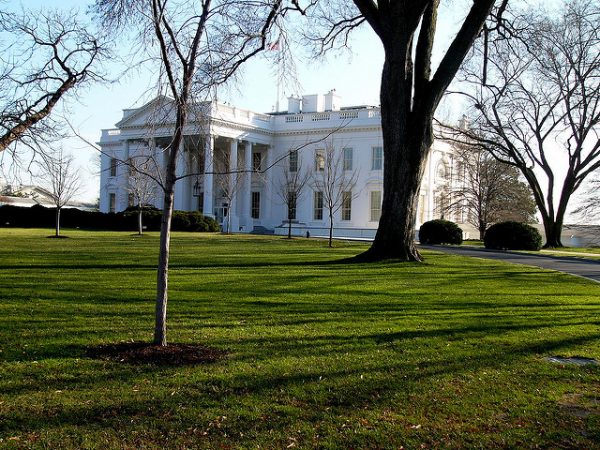 After some last-minute rewrites and adjustments, the tax bill finally passed both the House and the Senate.

The measure passed the House 224 to 201 as overwhelming Republican support carried the bill past unanimous Democratic opposition and ‘no’ votes from 12 GOP members. The House vote comes after the Senate approved an identical measure early Wednesday morning, with all Democrats opposed and all Republicans present in support.

All we have to do now is wait for President Trump to sign the bill into law, which… might take a while?

Waiting until January [to sign the bill] could help the White House avoid triggering a 2010 law known as “PAYGO,” or “pay-as-you-go.” The budget law requires spending cuts to Medicare and other programs if legislation is approved that’s projected to add to the deficit.

So they knew this new law would add to the deficit, and they went ahead with it anyway. Also, pushing the signing until January doesn’t remove the requirement to make spending cuts to Medicare, etc. It just gives Congress a full year to figure out how to do it.

Meanwhile, I’m making a list of questions that I’ll take to my new CPA in January—which means that I need to get really familiar with how this plan changes my taxes as both an individual and a self-employed person. (I used to assume that my CPA would ask me questions in order to determine what deductions, etc. I was eligible for. Now I know that I have to ask the questions.)

But I have no doubt that we’ll see another round of “how does the new tax law affect YOU?” articles, now that the bill has finally passed.

Until then, you can read this essay from Wired on how the new tax plan will affect robots:

Republicans argue that the lower taxes for corporations and wealthy individuals promised in the tax bill currently before Congress will result in new investment in businesses and more jobs. But in the age of artificial intelligence and automation, trickle-down economics won’t create employment. What corporations and the US economy at large need most in this emerging era is not more free cash, but a new approach to machine-assisted human productivity and purpose.

1. We Did Good, Billfold
2. Question Wednesday
3. What I Learned From Five Years of Writing and Editing for The Billfold
4. How a Program Assistant Dealing With a New Paycheck System Does Money
5. Classic Billfold: What I Wanted From My Move to Portland and What I Got
taxes