When the Identity Theft Is Coming From Inside the House 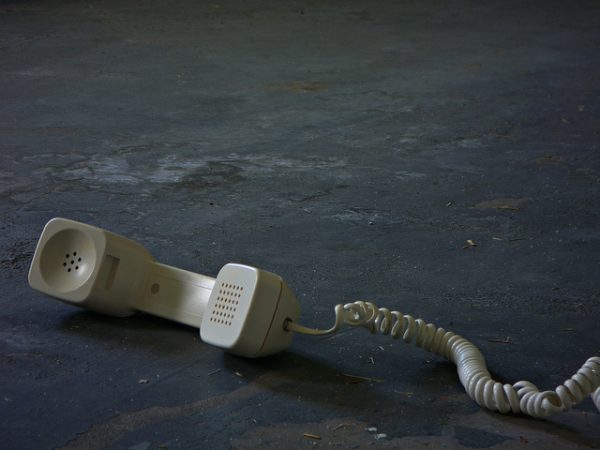 It’s 1993. In the freshman dorms at my large state university in Virginia, stuff is king. We watch The X-Files in the room with the best TV. We listen to Hootie and The Blowfish and Green Day in the room with the best stereo. We drink with whoever has the best—or the most—alcohol. Money is tight for most of us, so we gravitate towards the people who can share some small perk. But one guy, whom I’ll call Rex, figures out a way to game the system. Not just in the dorms, but at the nearby mall, too.

Rex is good-looking with dark hair, deep-set eyes, and a slight accent that is easier to place when he’s drunk or tired. Due to his post-high-school military service, he’s one of the few 21-year-olds in the dorm. His access to alcohol accounts for a lot of his popularity. I am attracted to his smile.

Rex doesn’t have a job, but he always seems to have stuff: electronics, new clothes, and jewelry for whatever girl he’s hooking up with on the first floor. I live on the third floor. He must know I like him, but he never acknowledges it.

I don’t think much about how he gets his stuff; I just know he spends a lot more time at the mall than I do. One day I’m hanging out with a first-floor girl we call Madonna because she does a convincing lip-sync routine to Truth or Dare. In the middle of our conversation, she checks her watch and picks up the phone to make a call. I hear her tell her credit card company that her card has gone missing.

When she hangs up, I tell her I’m sorry she’s going through that—it sounds like a pain.

“Oh, it’s no big deal,” she tells me. “Rex took it to the mall, bought some things, and dumped it. He told me to call to tell them I lost it, and now no one has to pay the bill. He’s getting me a stereo.”

I am not horrified; I am confused. Maybe my moral compass is out of whack, but Madonna makes it sound like a victimless crime, which is exactly how Rex explains it to me later.

“Do you want something next time?” he asks.

This becomes a regular occurrence in the dorms. Girls end up with sweaters, guys end up with new gaming consoles. We don’t know the term “identity theft,” and I don’t realize this is fraud. I try not to think too much about it. I put aside my concerns about Rex and focus on how much fun he is.

Just after spring semester starts, Rex tells me he plans to drop out of school and move to France to be with someone he’s been dating. I believe him, even though by this point I have every reason not to.

In January, we watched the Super Bowl at an off-campus apartment. I got drunk, so I caught a ride back to the dorm. Rex stayed. Because I didn’t have a parking permit for the lot by the apartments, I left my keys in case my car needed to be moved. That night, one of the first-floor girls came to check on me. She said my car was parked across two spots in a loading zone outside our dorm. I found Rex playing video games in one of our friend’s rooms. In my pajamas I yelled and screamed and grabbed for my keys in front of the same boys I was always trying to impress at parties. Rex looked more embarrassed than contrite.

His drinking was out of control. Whenever the fire alarm went off in the middle of the night and the dorms were evacuated, Rex and his boys were bundled up and laughing while the rest of us shivered in our pajamas. This happened nearly every weekend that February. The next day he always apologized profusely.

When he finally disappears to France, I think we’re all relieved.

Then I get a call.

A woman who says her son was best friends with Rex in high school has found my name in Rex’s address book. He left it at her place with a bunch of other things when he dropped out of school. She says she needs to speak to me about him. She also has the name and number of a girl in my dorm, a good friend of mine who wears fruit-printed Doc Martens. The woman gives me an address in a housing development not far from campus and asks us to come over.

My friend thinks this is a very bad idea. She says we’re lucky Rex is gone and we shouldn’t look back. But I was raised with very strict guidelines, including my father’s oft-repeated rule: “parents, teachers, coaches, police officers and referees are always right.” My father has been a parent, a teacher, and a coach, so this rule benefits him greatly—but I think this is why I convince my friend we should go. This woman is a mom and she needs our help.

The only light on in the sprawling suburban house is above the kitchen table. It shines down on us like a single bulb in an interrogation room. But the woman isn’t questioning us. She’s chain-smoking as she tells us everything she knows. Last semester, Rex assumed her son’s identity, applied for multiple credit cards in his name, and forwarded his mail to a PO box so the bills never reached her son. They have no way to prove this, and she wants our help. She says Rex isn’t in France but probably with relatives somewhere out West. If we hear from him, we’re supposed to let her know.

On the drive back to campus my friend and I argue. She wants nothing to do with any of this. She senses danger, and she’s right, but I have a pattern of doing what adults want me to do. Also, I feel guilty that I didn’t do more to stop the scam Rex was running in the dorm. It’s as if his “victimless crime” was a gateway into someone’s life being ruined.

Ultimately it’s my friend who figures out where Rex is and gets the information to the police. In a series of events I still don’t understand, the police tell him how they found him and he calls me to yell at me. So much for police officers always being right.

The fire alarms are pulled less frequently that spring—but on the nights we end up on the concrete plaza in our pajamas my heart races, and I wonder if I’m a sitting duck who’s about to be in the middle of some horrible revenge plot.

I’m in my junior year when a woman calls to inform me I am late on my credit card bill. I am never late on my bills. Enough time has passed that I don’t automatically think of Rex. I have new crushes—none of whom are felons—and new concerns.

My brother has started a business throwing raves, and I’m an “investor.” I got him a card on my account because it’s easier than wiring money every time he needs some cash. I’m working three jobs, have a scholarship to pay most of my tuition, and get free rent in the dorms in exchange for RA duty. For a college student, I’m flush—and happy to help my brother, even if we don’t always get along.

When the call comes, I assume my brother has run up some charges, forgotten to tell me, and the bill has gotten lost in campus mail. I’m not even surprised; just annoyed that I’m going to have to front more money before the next party. I ask the lady for her information so I can call her back once I work things out. As I’m writing down what she’s saying, something doesn’t make sense.

“I don’t have an account with Bank of America,” I tell her.

I get woozy. It’s like all of a sudden my desk chair can’t hold my weight.

I get more information from her: when the account was opened (a month earlier), where it was opened (my home address in Pittsburgh), what was charged (a $1,000 cash advance, and she wants to make sure I know interest starts accruing immediately on that kind of charge). Everything pointed in a pretty clear direction, and it wasn’t towards my brother or Rex. My father stole my identity.

My dad had been out of work since I was a senior in high school. We always referred to it as “early retirement,” but in retrospect, I think he was fired. While I was in college, my parents didn’t talk to me about money, but each time I would visit, I noticed more and more generic products where Bounty and Tide and Coke used to be. In general, there was just less stuff in the house.

My father’s gambling addiction wouldn’t be uncovered until years later, and not until after he impersonated me a second time. After that call from Bank of America, I spent a decade bobbing and weaving between wanting to have a relationship with the parent/teacher/coach father I had always loved and protecting myself from the dad he had become. When he died, shortly after my 30th birthday, he was thousands of dollars in debt and had little more than $20 in the bank.

The Equifax breach, and others like it, will cause millions of people extreme hassle. Those who have their identities stolen by bots or people working in cyberfarms thousands of miles away may feel exposed and violated. The inconvenience they will face reclaiming their identity and their credit could eat up large chunks of their lives. But identity theft, as I know from experience, can also be a far more personal crime.

I watch my credit like a hawk, but it might not save me from becoming a victim again. If I’m targeted this time around, I hope I won’t be able to picture the face of the criminal.

Jamie Beth Cohen is a writer, social justice activist, and secretary. She writes about difficult things but her friends think she’s funny.

1. We Did Good, Billfold
2. Question Wednesday
3. What I Learned From Five Years of Writing and Editing for The Billfold
4. How a Program Assistant Dealing With a New Paycheck System Does Money
5. Classic Billfold: What I Wanted From My Move to Portland and What I Got
collegecreditfamilyidentity-theftparents