The Unexpected Costs of Getting Ready for a Baby 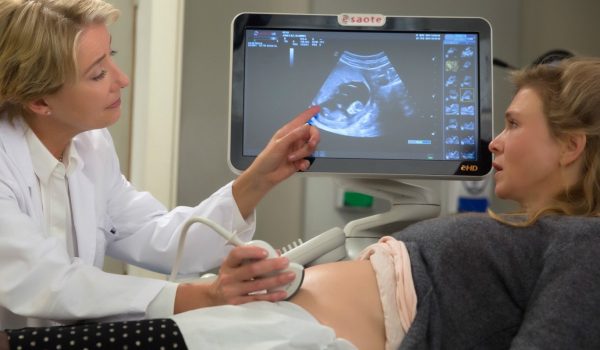 A few years ago, the New York City Department of Public Health ran a series of subway ads intended to discourage teen pregnancy. Two of the ads focused specifically on the high cost of raising kids, pairing pictures of toddlers with text that read“Got a good job? I cost thousands of dollars each year.”

(These ads were also criticized for shaming teen parents and reinforcing negative stereotypes, and for good reason. One of the ads has a little girl saying “Honestly Mom … chances are he won’t stay with you. What happens to me?” But that’s a discussion for another time.)

It’s true that kids cost money to raise and care for, but I have done my research and feel like I know what I’m getting into. I think back to some of Ester’s posts about the cost of day care in Brooklyn and thank her for managing my expectations; I’ve also been doing my best to keep my costs down.

You might remember my post about the cost of maternity clothes and how I spent $145 after getting hand-me-downs from a few different friends. That number is now closer to $170, because I bought a few more T-shirts at Target the other day on my lunch break. But the run of 80-degree October days meant that I got much more use out of my $10 maternity jean shorts than I ever thought possible—and I’ve made it almost to the end of my pregnancy while spending less than $200 on clothing!

But that doesn’t mean I haven’t been spending money on other pre-baby necessities, some of which I didn’t even realize I’d need. For example:

With my insurance, maternity care is not subject to a copay every time I check in with the midwives (which is every two weeks, now). But all the incidental medical stuff does seem to cost $25 a pop. I had two in-office ultrasounds with an OB before I switched to the midwives, and two more detailed “fancy” sonograms at an offsite provider; each cost $25. I don’t understand why the in-office ultrasound cost extra—you don’t get charged when care practitioners use other tools, like stethoscopes or blood pressure cuffs, but you do get charged for use of the ultrasound. I guess they have to pay off the investment in the machine?

I’ve also had blood drawn for a few different genetic tests and glucose tolerance tests, also at $25 each, though I’ve lost count of how many I’ve paid. At this point, you could send me a bill for $25 from a fake company with “genetics” or “labcorp” in the name and I’d probably pay it.

I recently joined a neighborhood parents’ Facebook group so I could pick up some used baby stuff from people who no longer need it. It’s also been a great way to learn what kind of stuff I’ll need! When someone posts about a free diaper pail, I realize that oh, yeah, I’m going to need a diaper pail. (And now I have a free secondhand diaper pail!)

I also got a free co-sleeper from someone whose kid never actually used it (a co-sleeper is like a mini-crib that has a side that lowers and a mechanism for attaching the whole thing to your bed, so the baby has its own safe sleeping space, but is right at hand for middle of the night feedings). When I got home and assembled it, I realized that there was no mattress, which led me down a terrible internet rabbit hole of co-sleeper mattress research. I ended up buying the replacement standard mattress from the company itself, which came to $50 including shipping. A dear friend is sending me the special sheets for the system (the mattress has Velcro straps that go through holes in the sheets, to secure them down), now that her daughter is sleeping in a real crib.

Our midwife practice requires us to take a childbirth class before the 36th week. Some hospitals offer these on-site, but ours does not. Though private childbirth classes take a lot of different forms (four Thursday evenings, one all-day Saturday classe, private lessons, classes specifically tailored to home births, etc.), they all seem to cost between $350 and $450.

My husband and I decided to take the “express” class with a company called Birthday Presence, which was one three- hour Wednesday night plow-through. It was great, full of very useful information and exercises, taught by a doula who was familiar with all the hospitals and birthing centers where the people in class were going to be delivering. It normally costs $350, but the day we signed up the website was offering 15 percent off all October classes, so we paid $297.50. We also spent $30 on sandwiches, seltzer, and croissants at Pret to eat during class, and $16.50 on public transit to work, class, and then home because the class was located in an out-of-the-way neighborhood that made biking inconvenient.

At my last prenatal appointment, I asked the midwife what people who don’t have $350 to spend on these classes do, and she said that there are ways to get that information more inexpensively. The public hospitals have classes, though it’s hard to get in if you’re not delivering there; there are online classes for people who don’t mind missing out on the interactive part; and, for those who are really unable to afford it, there are always childbirth books at the public library. I was happy that she had an answer, and am also glad that I took the course I did.

We are also signed up to take a birth center class later this month, which I think will include information that’s specific to the logistics and procedures of the actual place in which I’ll be giving birth. This is also a required class; when I registered, the woman on the phone told me it would cost $80, and I could bring cash or a check the night of the class.

Addendum 1: I should note that at least some these costs are offset by money that I’ve not spent that I could easily have justified, mostly for increasing my own comfort. This includes things like foregoing taxis or Lyfts for bike rides, long walks, or late-night bus rides; skipping the fancy pregnancy body pillow; and refusing to pay for airline seat selection just so I could have had an aisle seat next to my husband when we flew to a friend’s wedding last month (I ended up spending four hours in the middle of the back row between strangers, and was pretty miserable). I don’t like spending money when I don’t need to, which has made these types of expenses feel frivolous and the unexpected costs pretty annoying. I’m glad I have the ability to pay for the things I need, I’m certain that there will be more to come.

Addendum 2: Just after I wrote this, two different women I know shared some details about their pregnancy complications. One had to meet with a genetic counselor and undergo extra testing, and is close to hitting her $2,800 deductible (which will reset in January); the other now has twice-weekly appointments with a high-risk OB. I’m not sure what to say about this, other than acknowledge that I’m very lucky to have an uncomplicated prenatal experience, and point out that the unexpected costs could clearly be much higher and not even come close to being the hardest part.

Dory Thrasher has a PhD in Urban Planning and works as a researcher for the New York City Department of Social Services (everything she writes here is her own experience and opinion and in no way represents DSS). She makes quilts, reads books, yells about inequality, and runs marathons (this hobby is currently on hold). She lives in Brooklyn.

1. We Did Good, Billfold
2. Question Wednesday
3. What I Learned From Five Years of Writing and Editing for The Billfold
4. How a Program Assistant Dealing With a New Paycheck System Does Money
5. Classic Billfold: What I Wanted From My Move to Portland and What I Got
babiesparentingpregnancythe-cost-of-things